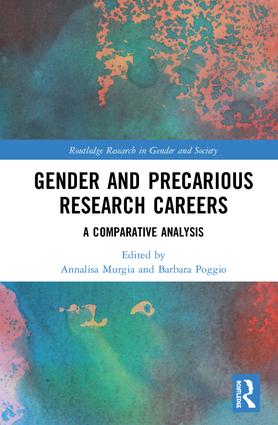 The literature on gender and science shows that scientific careers continue to be characterised – albeit with important differences among countries – by strong gender discriminations, especially in more prestigious positions. Much less investigated is the issue of which stage in the career such differences begin to show up.

Gender and Precarious Research Careers aims to advance the debate on the process of precarisation in higher education and its gendered effects, and springs from a three-year research project across institutions in seven European countries: Italy, Belgium, the Netherlands, Iceland, Switzerland, Slovenia and Austria. Examining gender asymmetries in academic and research organisations, this insightful volume focuses particularly on early careers. It centres both on STEM disciplines (Science, Technology, Engineering and Mathematics) and SSH (Social Science and Humanities) fields.

Offering recommendations to design innovative organisational policies and self-tailored ‘Gender Equality Plans’ to be implemented in universities and research centres, this volume will appeal to students and researchers interested in fields such as Gender Studies, Sociology of Work and Industry, Sociology of Knowledge, Business Studies and Higher Education.

Overall, this book is a timely and important contribution to scholarship on gender within the neoliberal academy. It succeeds in demonstrating how gender and the neoliberal university are intertwined, and reflects the ways in which this impacts women in academia. […] I would go as far as to argue that this book should be required reading for any academic in the STEM and SSH fields.

PART I The State of the Art

1. Gender and Precarious Careers in Academia and Research: Macro, Meso and Micro Perspectives

2. The Gendered Diversification of Academic Career Paths in Comparative Perspective

3: Gender Budgeting to Expose Inequalities in a Precarious Academia – and Redistribute Resources to Effect Change

4. The Peril of Potential: Gender Practices in the Recruitment and Selection of Early Career Researchers

6. A Gendered Pipeline Typology in Academia

Annalisa Murgia has coordinated the European FP7 project GARCIA – Gendering the Academy and Research: Combating Career Instability and Asymmetries. She is Associate Professor at the Leeds University Business School, UK.

Barbara Poggio is Co-ordinator of the Centre of Interdisciplinary Gender Studies and Vice Rector for Equality and Diversity at the University of Trento, Italy.