Expounding on the results of the author’s work with the US Army Research Office, DARPA, the Office of Naval Research, and various defense industry contractors, Governing Lethal Behavior in Autonomous Robots explores how to produce an "artificial conscience" in a new class of robots, humane-oids, which are robots that can potentially perform more ethically than humans in the battlefield. The author examines the philosophical basis, motivation, theory, and design recommendations for the implementation of an ethical control and reasoning system in autonomous robot systems, taking into account the Laws of War and Rules of Engagement.

It also examines why soldiers fail in battle regarding ethical decisions; discusses the opinions of the public, researchers, policymakers, and military personnel on the use of lethality by autonomous systems; provides examples that illustrate autonomous systems’ ethical use of force; and includes relevant Laws of War.

Helping ensure that warfare is conducted justly with the advent of autonomous robots, this book shows that the first steps toward creating robots that not only conform to international law but outperform human soldiers in their ethical capacity are within reach in the future. It supplies the motivation, philosophy, formalisms, representational requirements, architectural design criteria, recommendations, and test scenarios to design and construct an autonomous robotic system capable of ethically using lethal force.

Ron Arkin was quoted in a November 2010 New York Times article about robots in the military.

Human Failings in the Battlefield

Specific Issues for Lethality—What to Represent

Representational Choices—How to Represent Ethics in a Lethal Robot

Example Scenarios for the Ethical Use of Force

Appendix A: Relevant Laws of War

Appendix B: Table of Acronyms

"The book addresses an important issue of intelligent robotics. … This book is very important for roboticists and policy makers as it addresses most of the ethical problems faced by the developers of autonomous military robots. … an important book on the subject of ethics and lethal robots. [The author] provides a clear presentation of the motivation and justification for implanting responsible ethical decision making in autonomous lethal robots, and then suggests an architecture for doing it. I highly recommend this book to the general public as well as specialists."
—Industrial Robot, Vol. 37, Issue 2, 2010

"My research hypothesis is that intelligent robots can behave more ethically in the battlefield than humans currently can. That’s the case I make."
—Dr. Arkin, quoted in The New York Times, November 24, 2008

"Ron Arkin’s Governing Lethal Behavior in Autonomous Robots will be an instant classic on the subject of ethics and lethal robots. He provides a clear presentation of the motivation and justification for implanting responsible ethical decision-making in autonomous lethal robots and then suggests an architecture for doing it! As the number of autonomous military robots rapidly increases, this timely book provides a basis to discuss our difficult options. Can the use of autonomous lethal robots be avoided, and, if not, how should we constrain them? I highly recommend this book to the general public as well as specialists."
—James H. Moor, Professor of Philosophy, Dartmouth College, Hanover, New Hampshire, USA

"Governing Lethal Behavior in Autonomous Robots represents the most serious attempt to date to set out how to build an ‘ethical robot.’ An eminent engineer and roboticist, who has spent several years in conversation with philosophers, lawyers, and military ethicists, Professor Arkin is uniquely placed to pursue this project. This timely book outlines and directly addresses the ethical dilemmas posed by the development of autonomous military robots, which will confront roboticists and military policy makers in the future. Arkin’s thesis, that appropriately designed military robots will be better able to avoid civilian casualties than existing human warfighters and might therefore make future wars more ethical, is likely to be the subject of intense debate and controversy for years to come. Deftly interweaving discussion of the just war tradition, the law of war, military robotics, and computer systems architecture, this bold and provocative work will be of interest to engineers and ethicists alike."
—Robert Sparrow, School of Philosophy and Bioethics, Monash University, Australia

"This is a ‘must read’ for anyone concerned about the ethical problems posed by the current development of autonomous military robots. While Arkin and I disagree over the value of providing a robot with an artificial conscience, we strongly agree that the deployment of these new weapons needs urgent international discussion."
—Noel Sharkey, Professor of Artificial Intelligence and Robotics and Professor of Public Engagement, University of Sheffield, UK 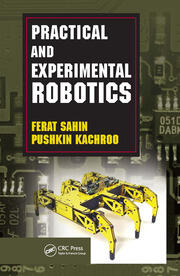 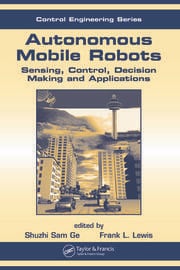 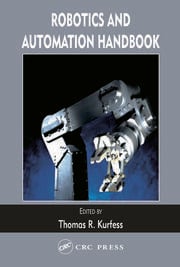