A first-of-its-kind book ... a must-read for senior executives as well as project managers.
—Harold Kerzner, Ph.D., Senior Executive Director for Project Management at The International Institute for Learning

This important book defines the green field and sets out the steps for those who want to be ahead of the crowd...
—Dr. David Hillson, PMP, FAPM, FIRM, MCMI, Director of Risk Doctor & Partners

... an incredible call to arms to increase your project greenality for a better world, or a bigger pay check, if you’re still cynical on this topic.
—Bas de Baar, ProjectShrink.com

... an excellent job of making the reader aware of how much influence a single project manager, let alone an entire discipline, can have on improving our environment.
—Professor Schwalbe, Department of Business Administration, Augsburg College

The Beginning and the End?
Heaven on Earth
Life Cycle Thinking Basics
Life Cycle Assessment
A Brief History
Standards for LCA
Carbon Footprinting Based on LCA
Performing an LCA
How to Promote the Use of an LCA
The Life Cycle of the Product of Your Project
LCA Software Tools

Each chapter concludes with Endnotes

Rich Maltzman, PMP, has been an engineer since 1978 and a project management supervisor since 1988, including a recent two-year assignment in the Netherlands in which he built a team of PMs overseeing deployments of telecom networks in Europe and the Middle East. His project work has been diverse, including projects such as the successful deployment of the entire video and telecom infrastructure for the 1996 Summer Olympic Games in Atlanta, and the 2006 integration of the program management offices (PMOs) of two large merging corporations. As a second, but intertwined career, Rich has also focused on consulting and teaching, having developed curricula and/or taught at:

Rich has also professionally developed project management professional (PMP) exam prep courseware, including exams and books. He even edited and was "the voice" for a set of eight audio CDs—a major part of a PMP prep course for an international company, for whom he has also facilitated PMP exam study groups. Rich was selected for the modeling team for the fourth edition of the PMBOK Guide published by the Project Management Institute (PMI) in 2008, and contributed to the chapters on quality and risk.

Recently, Rich presented at two international conferences—the PMO Symposium in San Antonio, Texas, and the PMO Summit in Coconut Grove, Florida, the subject being the development framework for project managers. Currently, Rich is senior manager, learning and professional advancement, at the Global Program Management Office of a major telecom concern.

Rich’s educational background includes a BSEE from the University of Massachusetts–Amherst, and an MSIE from Purdue University. In addition, Rich has a mini-MBA from the University of Pennsylvania’s Wharton School and a master’s certificate in international business management granted jointly from Indiana University’s Kelley School of Business and INSEAD of France. From a project management standpoint, Rich received his PMP in 2000 after earning the Stevens Institute’s master’s certificate in 1999. He has presented papers on project management at conferences in Huizen, the Netherlands, Mexico City, and Long Beach, California.

Rich is currently coauthoring a book with Ranjit Biswas, PMP, titled The Fiddler on the Project, a portion of which is being collaboratively written on the Web via a wiki, http://fiddlerontheproject.wikidot.com, and posts regularly on his blog, Scope Crepe, http://scopecrepe.blogspot.com.

Dave Shirley, PMP, has been an instructor and consultant, and have more than 30 years’ experience in management and project management, in the corporate, public, and small-business arenas. As a member of the graduate faculty at New England College, he developed and teaches Managing Projects in Healthcare. As part of the Master’s of Management (MoM) in Healthcare Administration and the MoM in Project

Management and Organizational Leadership, he has taught project management at hospitals and businesses as well as online and on campus for the past seven years. He also developed, directed, and taught a project management certification program at Northern Essex Community College in Haverhill, Massachusetts. Dave is a senior instructor and consultant for Action For Results, and a senior instructor for ESI International, both leading project management education and training companies. He is also an adjunct professor for Southern New Hampshire University, teaching corporate social responsibility.

As a distinguished member of the technical staff with AT&T and Lucent Technologies Bell Laboratories, Dave was responsible for managing the first light-wave transmission products as well as several quality efforts. He was also AT&T’s project manager for the first fiber-to-the-home effort in Connecticut, and was the Lucent Technologies’ program management director, managing several large telecommunications companies’ equipment deployment. Dave has many years of experience in developing, leading, and managing teams.

... an impressive piece of work. An indispensable book for project managers who are responsible for green projects, and an essential source for anyone willing to apply good project management principles to green initiatives. Maltzman and Shirley guide us through the impacts of green to project management, helping us to understand the basic vocabulary and principles, and potential developments and needs. The book also introduces new perspectives that are likely to become a reference in the field: the SMARTER principle, the green spectrum of projects, and a detailed guide to the green project life cycle.
—Jean Binder, PMP, MBA, International Speaker and award winning author (David I. Cleland Literature Award, 2008)

The green imperative affects us all, personally and professionally, whether we recognize it or not. Green Project Management is an idea whose time has almost come, and very soon all project managers will need demonstrable green credentials. This important book defines the green field and sets out the steps for those who want to be ahead of the crowd, allowing us to take a considered response instead of being forced to react when green is no longer an option. But do it because you should, not because you must.
—Dr. David Hillson, PMP, FAPM, FIRM, MCMI, Director of Risk Doctor & Partners

Greenality is the new black. Project managers need to consider the sustainability or greenness of their projects in the 21st Century; it is now part of their remit to make the best use of resources with this in mind.
—Peter Taylor, Author of The Lazy Project Manager

... an incredible call to arms to increase your project greenality for a better world, or a bigger pay check, if you’re still cynical on this topic. Green + Quality is what your customers are demanding, and Rich and Dave wrote the ultimate guide for Project Managers to learn how to do this: metrics, definitions, examples and, very important, planning. Awesome!
—Bas de Baar, ProjectShrink.com

In this well-researched book, they explain why project managers need to view things through an environmental lens. Their measure of greenality will become another project process; a success factor by default for future projects. Maltzman and Shirley haven’t lost sight of the business imperative, either. They explain how being green is good for the bottom line, and when the business case stacks up, it’s good for projects and the planet.
—Elizabeth Harrin, Author of the award-winning blog A Girl's Guide to Project Management

Unless you plan on leading a project to colonize the moon, you'd better incorporate this book's greenality principles into your project success scorecard.  We've only got one planet to live on last time I checked.
—Kimberly Wiefling, Author, Scrappy Project Management

... an excellent job of making the reader aware of how much influence a single project manager, let alone an entire discipline, can have on improving our environment. They suggest that project managers add another focus to their work: viewing projects through an environmental lens. Maltzman and Shirley coin the term "greenality" to describe the degree to which you consider environmental factors that affect projects throughout the entire project life cycle and beyond. Greenality can be applied to all projects, and we will all benefit from this important concept.
—Kathy Schwalbe, Author & Professor, Department of Business Administration, Augsburg College 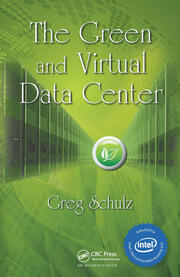 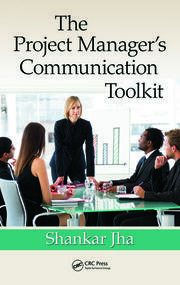