Automobile crashes are the seventh leading cause of death worldwide, resulting in over 1.25 million deaths yearly. Automated, connected, and intelligent vehicles have the potential to reduce crashes significantly, while also reducing congestion, carbon emissions, and increasing accessibility. However, the transition could take decades. This new handbook serves a diverse community of stakeholders, including human factors researchers, transportation engineers, regulatory agencies, automobile manufacturers, fleet operators, driving instructors, vulnerable road users, and special populations. It provides information about the human driver, other road users, and human–automation interaction in a single, integrated compendium in order to ensure that automated, connected, and intelligent vehicles reach their full potential.

Donald L. Fisher is a Principal Technical Advisor at the Volpe National Transportation Systems Center in Cambridge, MA, a Professor Emeritus and Research Professor in the Department of Mechanical and Industrial Engineering at the University of Massachusetts Amherst, and the Director of the Arbella Insurance Human Performance Laboratory in the College of Engineering. He has published over 250 technical papers, including recent ones in the major journals in transportation, human factors, and psychology. While at the Volpe Center he has worked extensively across the modes on research designed to identify the unintended consequences of automation and, when such are identified, to develop and evaluate countermeasures. Additionally, he has developed a broad, interdisciplinary approach to understanding and remediating functional impairments in transportation, including distraction, fatigue, and alcohol. While at UMass Amherst, he served as a principal or co-principal investigator on over 30 million dollars of research and training grants, including awards from the National Science Foundation, the National Institutes of Health, the National Highway Traffic Safety Administration, MassDOT, the Arbella Insurance Group Charitable Foundation, the State Farm Mutual Automobile Insurance Company, and the New England University Transportation Center. He is a former Associate Editor of Human Factors and editor of both the recently published Handbook of Driving Simulation for Engineering, Medicine and Psychology (2011) and the Handbook of Teen and Novice Drivers (2016). He currently is a co-chair of the TRB Committee on Simulation and Measurement of Vehicle and Operator Performance. He has chaired or co-chaired a number of TRB workshops and served as a member of the National Academy of Sciences Human Factors Committee, the TRB Younger Driver Subcommittee, the joint National Research Council and Institute of Medicine Committee on the Contributions from the Behavioral and Social Sciences in Reducing and Preventing Teen Motor Crashes, and the State Farm® Mutual Automobile Insurance Company and Children’s Hospital of Philadelphia Youthful Driver Initiative. Over the past 25 years, Dr. Fisher has made fundamental contributions to the understanding of driving, including the identification of those factors that: the determine how most safely to transfer control from an automated vehicle to the driver; increase the crash risk of novice and older drivers; impact the effectiveness of signs, signals, and pavement markings; improve the interface to in-vehicle equipment, such as forward collision warning systems, back over collision warning systems, and music retrieval systems; and influence drivers’ understanding of advanced parking management systems, advanced traveler information systems, and dynamic message signs. In addition, he has pioneered the development of both PC-based hazard anticipation training (RAPT) and PC-based attention maintenance training (FOCAL) programs, showing that novice drivers so trained actually anticipate hazards more often and maintain attention better on the open road and in a driving simulator. This program of research has been made possible by the acquisition in 1994 of more than half a million dollars of equipment, supported in part by a grant from the National Science Foundation. He has often spoken about his results, including participating in a congressional science briefing on the novice driver research sponsored several years previous. The Human Performance Laboratory was recognized by the Ergonomics Society, receiving the best paper award for articles that appeared in the journal Ergonomics throughout 2009. The paper described the work in the Human Performance Laboratory on hazard anticipation. Most recently, he published with his Volpe colleagues a review of human factors issues critical to the development of intelligent vehicles in the inaugural volume of IEEE Transactions on Intelligent Vehicles. Dr. Fisher received an AB from Bowdoin College in 1971 (philosophy), an EdM from Harvard University in 1973 (human development), and a PhD from the University of Michigan in 1982 (mathematical psychology).

William J. Horrey, PhD, is the traffic research group leader at the AAA Foundation for Traffic Safety. Previously, he was a principal research scientist in the Center for Behavioral Sciences at the Liberty Mutual Research Institute for Safety. He earned his PhD in engineering psychology from the University of Illinois at Urbana–Champaign in 2005. He has published over 50 papers on numerous topics including visual (selective) and divided attention, automation, driver behavior, and distractions from in-vehicle devices. He chairs the Transportation Research Board Standing Committee on Vehicle User Characteristics (AND10) and the Publications Division at the Human Factors and Ergonomics Society. He is an Associate Editor of the Human Factors Journal and has served on several national and international committees related to transportation safety and human factors.

John D. Lee, PhD, is the Emerson Electric professor in the Department of Industrial and Systems Engineering at the University of Wisconsin, Madison and director of the Cognitive Systems Laboratory. Dr Lee’s research seeks to better integrate people and technology in complex systems, such as cars, semi-autonomous systems, and telemedicine. His research has led to over 400 publications and presentations, including 13 books. He helped to edit The Oxford Handbook of Cognitive Engineering, the Handbook of Driving Simulation for Engineering, Medicine, and Psychology, and two books on distraction Driver Distraction: Theory, Effects, and Mitigation and Driver Distraction and Inattention. He is also the lead author of a popular textbook: Designing for People: An introduction to Human Factors Engineering.

Michael A. Regan, is Professor of Human Factors with the Research Centre for Integrated Transport Innovation at the University of New South Wales in Sydney, Australia. He has BSc (Hons) and PhD degrees in engineering psychology from the Australian National University and has designed and led more than 200 research projects in transportation human factors and safety -spanning aircraft, motorcycles, cars, trucks, buses, and trains. Mike is the author/co-author of around 200 peer-reviewed publications, including three books on driver distraction and inattention, and driver acceptance of new technologies. He was the 25th President of the Human Factors and Ergonomics Society of Australia and is a Fellow of the Australasian College of Road Safety. 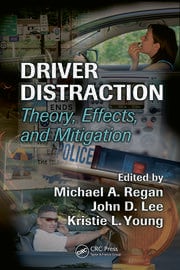 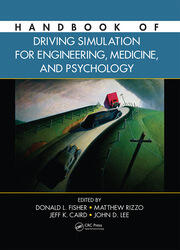 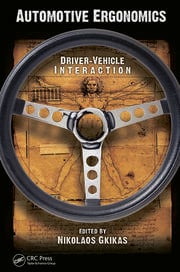