This new handbook on radar signal analysis adopts a deliberate and systematic approach. It uses a clear and consistent level of delivery while maintaining strong and easy-to-follow mathematical details. The emphasis of this book is on radar signal types and their relevant signal processing and not on radar systems hardware or components.

This handbook serves as a valuable reference to a wide range of audience. More specifically, college-level students, practicing radar engineers, as well as casual readers of the subject are the intended target audience of the first few chapters of this book. As the book chapters progress, these grow in complexity and specificity. Accordingly, later chapters are intended for practicing engineers, graduate college students, and advanced readers. Finally, the last few chapters contain several special topics on radar systems that are both educational and scientifically entertaining to all readers.

The presentation of topics in this handbook takes the reader on a scientific journey whose major landmarks comprise the different radar subsystems and components. In this context, the chapters follow the radar signal along this journey from its birth to the end of its life. Along the way, the different relevant radar subsystems are analyzed and discussed in great detail.

The chapter contributors of this new handbook comprise experienced academia members and practicing radar engineers. Their combined years of academic and real-world experiences are in excess of 175. Together, they bring a unique, easy-to-follow mix of mathematical and practical presentations of the topics discussed in this book. See the "Chapter Contributors" section to learn more about these individuals.

Bassem R. Mahafza is the President and founder of Phased n Research. Dr. Mahafza is recognized as a radar subject matter expert and is widely known for authoring several leading reference and textbooks on Radar Systems. Dr. Mahafza has been a member of the IEEE (Institute of Electric and Electronic Engineers) since 1984, he has been awarded a Senior IEEE member in 1994 and have been recently nominated for an IEEE Fellow. Dr. Mahafza's 30+ years' experience includes extensive work in radar technology, radar design and analysis (including all sensor subcomponents), radar simulation and model design, radar signatures and radar algorithm development. Through his industry career, he has supported numerous Government organizations. Dr. Mahafza's academic experience includes developing and teaching several graduate and undergraduate level courses, such as, random signal and noise, introduction to radar systems, advanced radar techniques, advanced signal processing. He supervised many Master student and several PhD candidates. During his academic tenure, his research was mainly focused on advancements in radar and sensor technology. Furthermore, Dr. Mahafza has conducted detailed research in Phased Array Radars, advanced Radar Signal Processing, Electronic Countermeasures and Counter Countermeasure techniques.

is a Principal Sensors Engineer with the MITRE Corporation with over 30 years of technical experience in computational electromagnetics, electromagnetic compatibility, and radar systems. He currently leads a team of engineers supporting the Ground Sensors Directorate of the Missile Defense Agency at Redstone Arsenal. Dr. Winton received his PhD from Northeastern University. During his academic tenure, Dr. Winton's research encompassed ground penetrating radar and electromagnetic propagation in inhomogeneous and turbid media. Throughout his career, Scott has supported numerous DOD service components and agencies by developing, testing, and integrating electromagnetic systems. He also has considerable experience in high powered microwave (HPM), electronic warfare, and wireless communications. Dr. Winton has published numerous papers in several technical journals and has served as a reviewer for IEEE Antennas and Propagation Society.

received an honor B.Sc. degree in Electronics and Communications, an honor B.Sc. degree in Applied Physics, and a M.Eng. degree in Electrical Engineering, from Cairo University, Egypt, in 1976, 1979, and 1982, respectively, and a Ph.D. in Electrical Engineering from Manitoba University, Winnipeg, Manitoba, Canada, in 1987. He started his engineering career as a part time Software and System Design Engineer from March 1980 to December 1982 at the Automated Data System Center, Cairo, Egypt. Dr. Elsherbeni joined the faculty at the University of Mississippi in 1987 as an Assistant Professor of Electrical Engineering. He advanced to the ranks of Associate Professor and Professor in 1991 and 1997, respectively, and became the Associate Dean for Research and Graduate Programs from 2009 to 2013. He then joined the EECS Department at Colorado School of Mines in August 2013 as the Dobelman Distinguished Professor. He was appointed the Interim Department Head for EECS department from 2015 to 2016 and became the EE Department Head from 2016 to 2018. He spent a sabbatical term in 1996 at the EE Department, University of California at Los Angeles and was a visiting Professor at Magdeburg University in Germany and at Tampere University of Technology in Finland during the summers of 2005 and 2007, respectively. In 2009 he was selected as Finland Distinguished Professor by the Academy of Finland and TEKES. Dr. Elsherbeni is the Editor-in-Chief for ACES Journal, a past Associate Editor to Radio Science Journal, a past Chair of the Engineering and Physics Division of Mississippi Academy of Science, a past Chair of Educational Activity Committee for IEEE Region 3 Section, and the general Chair for the 2014 APS-URSI Symposium, the president of ACES Society from 2013 to 2015, and the IEEE Antennas and Propagation Society Distinguished Lecturer for 2020-2022. Dr. Elsherbeni is a Fellow member of IEEE and ACES. 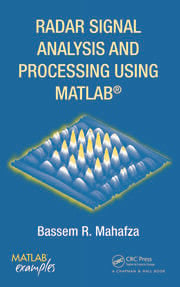 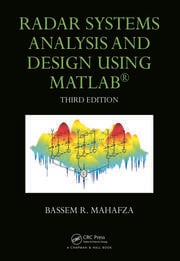