Handbook of Sustainable Materials presents recent developments in sustainable materials and how these materials interact with the environment. It highlights the recent and advancements involved in proper utilization of sustainable materials, including chemical and biological approaches. With chapters written by global experts, the book offers a guide and insights into sustainable materials from a variety of engineering disciplines. Each chapter provides in-depth technical information on the sustainable materials theory and explores synthesis strategies, green materials, and artificial intelligence. The book considers applications in sectors such as aerospace, automobile, and biomedical for rapid prototyping and customized production without negative environmental impacts. It features research outcomes and case studies of optimization and modeling techniques in practice.

This book aims at researchers and professionals working with sustainable materials, clean manufacturing, and environmental impacts.

Dr. Ajay is currently serving as an Associate Professor in Mechanical Engineering Department, School of Engineering and Technology, JECRC University, Jaipur, Rajasthan, India. He received his Ph.D. in the field of Advanced Manufacturing from Guru Jambheshwar University of Science & Technology, Hisar, India after B.Tech. (Hons.) and M.Tech. (Distinction) from Maharshi Dayanand University, Rohtak, India. His areas of research include Artificial Intelligence, Materials, Incremental Sheet Forming, Additive Manufacturing, advanced manufacturing, Industry 4.0, Waste management, and optimization techniques. He has over 60 publications in international journals of repute including SCOPUS, Web of Science and SCI indexed database and refereed international conferences. He has also co-authored a textbook: Incremental Sheet Forming Technologies: Principles, merits, limitations, and applications, CRC Press, Taylor and Francis. He has recently edited a book entitled Advancements in Additive Manufacturing: artificial intelligence, nature inspired and bio-manufacturing, Elsevier. He has organized various national and international events including an international conference on Mechatronics and Artificial Intelligence (ICMAI-2021) as conference chair. He has more than 15 national and international patents in his credit. He has supervised more than 8 M.Tech, Ph.D scholars and numerous undergraduate projects/ thesis. He has a total of 13 years of experience in teaching and research. He is and Guest Editor and Review Editor of the reputed journals including Frontiers in Sustainability. He has contributed many international conferences/ symposiums as a session chair, expert speaker, member of editorial board. He has won several proficiency awards during the course of his career, including merit awards, best teacher awards, and so on.

He has been adviser of Association of Engineers and Technocrats (AET) and has also authored many in-house course notes, lab manuals, monographs and invited chapters in books. He has organized a series of Faculty Development Programmes, International Conferences, workshops, and seminar for researchers, PhD, UG and PG level students. His area of research include additive manufacturing, die less sheet forming, intelligent manufacturing systemsHe teaches the following courses at the graduate and post graduated level: Additive Manufacturing, Manufacturing Technology, Smart Manufacturing, Advanced Manufacturing Processes, Material Science, CAM, Operations Research, Optimization Techniques, Engineering Mechanics, Computer Graphics, Design of Experiments and research Methodology and so on. He is associated with many research, academic, and professional societies in various capacities.

is currently serving as an Assistant Professor in Department of Mechanical Engineering, Rawal Institute of Engineering and Technology, Faridabad, Haryana, India. Currently, he is pursuing Ph.D. from National Institute of Technology, Kurukshetra, Haryana, India. He completed his B.Tech. (Hons.) from Kurukshetra University, Kurukshetra, India and M.Tech. (Distinction) in Manufacturing and Automation from Maharshi Dayanand University, Rohtak, India. His areas of research include Materials, Die less Forming, Additive Manufacturing, CAD/CAM and optimization techniques. He has over 20 publications in international journals of repute including SCOPUS, Web of Science and SCI indexed database and refereed international conferences. He has 5 national and international patents in his credit. He has supervised 4 M.Tech. scholars and numerous undergraduate projects/ thesis. He has a total of 12 years of experience in teaching and research.

He has organized a series of Faculty Development Programmes, workshops, and seminar for researcher, UG level students. His area of research include additive manufacturing, die less sheet forming, material characterization techniques, intelligent manufacturing systems and optimization techniques. He is associated with many research, academic, and professional societies in various capacities.

currently working as Pro Vice Chancellor (Research & Consultancy) at SGT University, Gurugram, NCR-Delhi, INDIA is a Superannuated Professor of Materials Chemistry, did his Masters (1976) and Doctoral (1981) in Chemistry from AMU, Aligarh. In the recognition of his work, He was nominated as a member to prestigious American Chemical Society for three years (2015 -2018) and has a membership of Royal Chemical Society, UK. Prof. Ahmad has been actively engaged in teaching & research in the frontier areas of Materials Chemistry for the last 40 years. He has made path breaking contributions particularly in vegetable oil based sustainable biodegradable polymers, Conducting Polymers, Hydrogels, Hyper branched Polymers, Polymer based anti-corrosive coating materials, organic/inorganic nanomaterials etc. To his credit, Prof. Ahmad has more than 238 research papers, four (04) books and 23 book chapters published in prestigious journals and books with Google Scholar Citations of 8972, h-index 52 and i10-index 167 (till 4th September, 2021). He has guided 31 PhD students for their doctoral work in his laboratory at JMI, New Delhi. Currently, he is guiding 04 scholars as a co-supervisor. He has contributed his work in 51 National and 52 International Conferences. He is a pioneer in designing, developing and initiating a PG course in Materials Chemistry in 1985 when the said branch was even not formally recognized across the globe. He has been instrumental in starting the two years Unani Pharmacy Course along with Ph.D. programme in Unani Medicine. Further, in order to attract bright faculty (Foreign/National Fellows), a "Multidisciplinary Centre for Advance Research and Studies" was also developed at JMI, New Delhi during the tenure of his deanship.

Prof. Ahmad attracted research grant worth Rs. 1.32 Crore i.e. Rs. 68 Lakh from various R&D agencies, like DRDO (ARDB-NRB), Nuclear Science Center, CSIR and UGC. He has successfully executed and completed these sponsored research projects. Currently, as Co-P.I. running a DBT project of more than Rs. 64 Lakh. Prof. Ahmad has been regularly served as the subject expert in national committees of prestigious academic bodies of various institutions and universities (e.g. IIT, Delhi, NIT Srinagar & Allahabad, BHU, DU, AMU). Besides, he is also Ph.D. examiners of these universities and acted as subject expert in interviews at CSIR, UPSC, and Uttarakhand PSC. Prof. Ahmad has long administrative experience and remains actively engaged in university administration and various national academic committees. He has been the Head, Department of Chemistry, JMI, New Delhi (2009-12); Dean, Faculty of Natural Sciences (2015-18), JMI, New Delhi; acted as Superintendent for UG/PG examinations and entrance tests for different courses at JMI. He has also performed the job of Deputy Proctor (2002-05); Assistant Proctor (2001-02); Tabulator of UG/PG Examinations (2002, 2004). He has been nominated as members of Board of Studies of many Departments, Faculty Committees, Academic Council, and Executive Council, Council of Court and Finance Committee in JMI and other universities.

Dr. Jyotsna Sharma is currently working as Associate Professor at Amity University Haryana, Gurugram since July 2018. She has obtained her PhD degree in Physics from Jawaharlal Nehru University, New Delhi. She completed her Bachelor’s and Master’s from Kurukshetra University Kurukshetra. She has been actively engaged in teaching and research for more than 15 years. Her areas of interest include materials, experimental and theoretical studies of synthesis and characterization of nanomaterials and ion beam interaction with plasma/dusty plasma. To her credit, she has published more than 30 research papers in international journals of high repute, about 15 research papers in International/national conferences, published 02 books with Pearson Asia, 02 book chapters, 05 patents and 01 MoU with National Sun-yat Sen University, Taiwan operational from March 2020. She has visited many countries like USA, Spain, France, Singapore and Canada to present her research work. She has guided 02 research scholars for PhD degree and currently, she is guiding 06 students for PhD (04 are International students from Taiwan) and many students for UG and PG projects work. She has completed (2017-2021) a research project sanctioned from SERB, DST, India of worth Rs. 22 Lakh. She has organized many International/ National conferences/workshops/seminars also. She is an active member of many professional bodies like IEEE, Physical society of India and APCBEES etc. At AUH, She is a PhD coordinator of ASAS which includes many departments like Physics, Chemistry, Forensic Science, Biochemistry and Mathematics. She has many other administrative responsibilities of the department also like BOS member, programme and Lab coordinator of B. Sc (H) Physics.

He obtained Bachelor Degree in Mechanical Engineering from Thapar Institute of Engineering & Technology Patiala (Punjabi University Patiala) in 1982 and Master Degree in Mechanical Engineering with specialization in Rotodynamic Machines from Punjab Engineering College Chandigarh (Punjab University Chandigarh) in 1998. He obtained his Doctoral Degree (Ph.D.) in Quality in Engineering Education from Manav Rachna International University (Now Manav Rachna International Institute of Research and Studies, deemed to be University) Faridabad. He obtained Diploma in Management from IGNOU New Delhi in 1989 and attended Foreign Fellowship Programme sponsored by the World Bank at Northern Melbourne Institute of TAFE, Victoria, Australia from January 1998 to April 1998.

He has published five Text Books for Polytechnic Students in the field of Applied Mechanics, Thermodynamics, Hydraulics and Hydraulic Machines and Engineering Graphics. He has guided two Ph.D. Dissertations. He has published 9 Research Papers in International Journals (06 SCOPUS Indexed) and 6 Research Papers in International / National Conferences held by IISC Bangalore, IIT Delhi and YMCA Institute of Engineering Faridabad etc. He has been awarded two Patents as CO-Inventor. He is Member of American Society for Mechanical Engineers, Life Member of Indian Society for Technical Education and Fellow Member of Institution of Engineers (India). 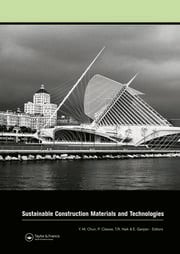 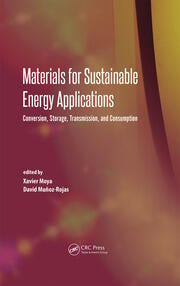 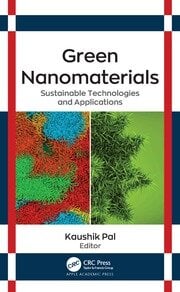