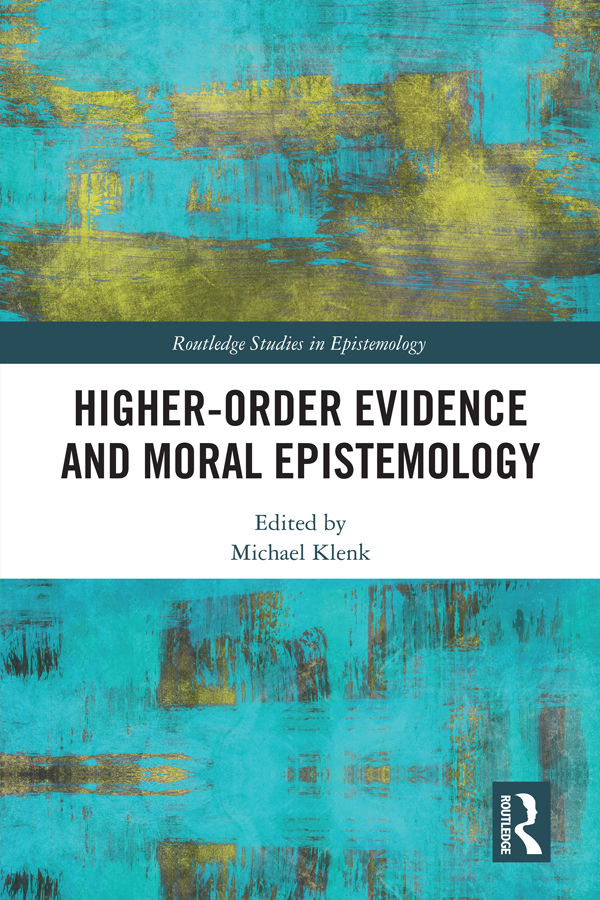 This book offers a systematic look at current challenges in moral epistemology through the lens of research on higher-order evidence. Fueled by recent advances in empirical research, higher-order evidence has generated a wealth of insights about the genealogy of moral beliefs. Higher-Order Evidence and Moral Epistemology explores how these insights have an impact on the epistemic status of moral beliefs.

The essays are divided into four thematic sections. Part I addresses higher-order evidence against morality that comes from sources such as disagreement and moral psychology. Part II covers rebuttals of higher-order evidence against morality. The essays in Part III examine the relevance of higher-order evidence for a broader range of phenomena in moral epistemology, for both individuals and groups, including moral testimony and phenomena of practical concern, such as fundamentalist views about moral matters. Finally, Part IV discusses permissible epistemic attitudes regarding a body of moral evidence, including the question of how to determine the permissibility of such attitudes.

This volume is the first to explicitly address the implications of higher-order evidence in moral epistemology. It will be of interest to researchers and advanced graduate students working in epistemology and metaethics.

Part I: Higher-Order Evidence against Morality

1. Evolutionary Debunking, Self-Defeat and All the Evidence

6. Moral Peer Disagreement and the Limits of Higher-Order Evidence

10. The Fragile Epistemology of Fanaticism

11. How Rational Level-Splitting Beliefs Can Help You Respond to Moral Disagreement

Michael Klenk works at the intersection of metaethics, epistemology, and moral psychology. His published papers on these topics in Synthese, Ratio, the Journal of Ethics and Social Philosophy, and the Pacific Philosophical Quarterly, among others. He works at Delft University of Technology and held visiting positions at St. Gallen and Stanford University.