Human Factors on the Flight Deck
A Practical Guide for Design, Modelling and Evaluation

Human Factors on the Flight Deck: A Practical Guide for Design, Modelling and Evaluation

This book presents the Human Factors methodologies and applications thereof that can be utilized across the design, modeling and evaluation stages of the design lifecycle of new technologies entering future commercial aircraft.

As advances are made to the architecture of commercial aircraft cockpits, Human Factors on the Flight Deck argues that it is vitally important that these new interfaces are safely incorporated and designed in a way that is usable to the pilot. Incorporation of Human Factors is essential to ensuring that engineering developments to avionic systems are integrated such that pilots can maintain safe interactions while gaining information of value. Case study examples of various technological advancements during their early conceptual stages are given throughout to highlight how the methods and processes can be applied across each stage.

The text will be useful for professionals, graduate students, and academic researchers in the fields of aviation, human factors, and ergonomics.

Katie Parnell is a Research Fellow in Human Factors Engineering at the University of Southampton. Katie received an Engineering Doctorate (EngD) from the University of Southampton in 2018, which focused on the topic of driver distraction from in-vehicle technology within automotive vehicles. She is currently working on the Open Flight Deck Project, providing Human Factors insight into the design of future avionic concepts for the cockpit.

is a Research Fellow in Human Factors Engineering at the University of Southampton. She was awarded her Engineering Doctorate by the University of Southampton in 2016. Her research interests include modeling, analyzing, and evaluating the Human Factors implications of increasing levels of autonomy on human behavior. Dr. Banks has previously worked with one of the largest vehicle manufacturers in the UK and was involved with the design and development of future automated technologies.

is a Research Fellow in Human Factors Engineering, at the University of Southampton. She has a background in psychology and is working on the Open Flight Deck project, using Human Factors methods to design, develop, and test new instrumentation for future flight deck configurations. Her Ph.D. research is in the field of psychology and Human Factors focusing on the validity of methodologies employed in driving research and the visual attention of learner drivers.

, Ph.D., DSc, is a Chartered Psychologist, Chartered Ergonomist and Chartered Engineer. He holds the Chair in Human Factors Engineering at the University of Southampton in the UK. The Institute of Ergonomics and Human Factors awarded him The Otto Edholm Medal in 2001, The President’s Medal in 2008 and 2018, The Sir Frederic Bartlett Medal in 2012, and The William Floyd Medal in 2019 for his contributions to basic and applied ergonomics research. The Royal Aeronautical Society awarded him and his colleagues the Hodgson Prize in 2006 for research on design-induced, flight-deck, error published in The Aeronautical Journal.

is a Chartered Ergonomist and a Lecturer in Human Factors Engineering in the Transportation Research Group at the University of Southampton, UK. Katherine’s Ph.D. research focused on understanding Aeronautical Critical Decision Making from the perspective of the Perceptual Cycle Model. In 2014 this was awarded the Air Pilot’s Trust Saul prize for Aviation Safety Research. Katherine’s current research interests are in aviation human factors, road safety in developing countries, and cycling safety in the UK. 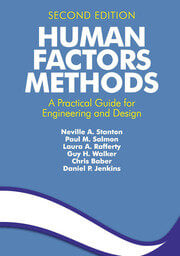 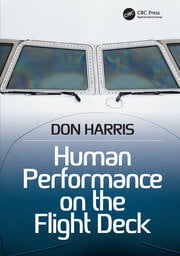