How a developing country like India is tackling the complexities in the transformation and creating innovative solutions is showcased in this book through many practical examples and inspirational case studies. The book lays the foundations for mainstreaming Resource Efficiency (RE) / CE in India, and covers innovation led by businesses and start-ups, along with innovative policies, financing and collaborative models required to spur and accelerate circular economy approaches and provides linkages to the international context.

• Provides insight into role of innovation in circular economy transition.

• Helps to develop and facilitate adoption of resource efficiency policy and strategy with particular focus on key resource sectors and waste streams.

• Treats circular economy as a holistic approach across the entire lifecycle, and places emphasis on upstream interventions and systems change.

• Examines current context of COVID19 and its impact on circular economy models and practices.

• Touches upon how the EU-based approach was adapted and contextualized significantly to work in the unique Indian landscape.

Rachna Arora is working as a Team Leader in the EU-Resource Efficiency project of the Deutsche Gesellschaft für Internationale Zusammenarbeit (GIZ) GmbH and as a Team Leader on the GIZ Circular Economy solutions preventing Marine litter project. She has been working with GIZ since last 14 years with relevant Ministries and government departments towards environmental policy formulation and its implementation. She is a TEDx speaker on Circular Economy.

She holds a doctorate degree in environmental chemistry from Indian Institute of Technology (IIT) Roorkee. She was a member of the Inter-departmental committee set up by Niti Aayog (Policy think tank, GoI) on Resource Efficiency strategy and Niti Aayog’s Committee set up by the Ministry of Information Technology and Communication (MeiTY), GoI on Circular Economy Action plan on e-waste, MNRE’s Committee on Solar Panel Recycling and Ministry of Steel committee on Scrap recycling. She is also a working group member of the FICCI Circular Economy Committee to support industry research and dialogues on Circular Economy.

His international experiences with RE and CE derive from his assignment as Team Leader for the EU-financed project called "Resource Efficiency Initiative for India" (1/2017 – 12/2020) and as Director of the Indo-German Environment Partnership Programme (IGEP), jointly implemented by the Indian Ministry of Environment Forests & Climate Change (MoEFCC) and GIZ (Deutsche Gesellschaft für international Zusammenarbeit), financed by the German Ministry for Economic Cooperation and Development (8/2010 - 7/2015). This program had a focus on sustainable urban and industrial development, land and resource management as well as environmental protection and climate change mitigation.

In addition, since 1/2016 Dieter holds a position as lecturer at the University of Applied Sciences, Northwestern Switzerland (FHNW), an academic and research organization he was already affiliated from 1999 until 2010. His academic focus lies on integrated waste and resource management in Europe and countries in transition.

Dieter holds a doctorate from the University of Karlsruhe where he studied Sanitary Engineering. Beside India he had long term assignments in Thailand, Nepal and Ecuador.

is the Co-Founder of Infinitive, a young advisory firm working to accelerate the adoption of Circular Economy (CE) in India through communications, capacity building, business advisory and ecosystem development projects. Infinitive has played a key role in shifting mindsets and shaping the evolving conversation around Circular Economy in India.

Pavithra graduated from the National University of Singapore with a Bachelor of Science (with Merit), and has over a decade of experience working in green buildings in Singapore, and sustainability reporting / consulting and ecosystem development work around CSR in India. 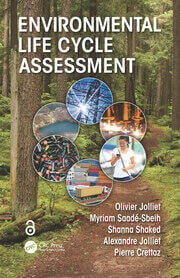 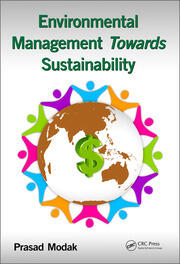