Environmental Life Cycle Assessment is a pivotal guide to identifying environmental problems and reducing related impacts for companies and organizations in need of life cycle assessment (LCA). LCA, a unique sustainability tool, provides a framework that addresses a growing demand for practical technological solutions. Detailing each phase of the LCA methodology, this textbook covers the historical development of LCA, presents the general principles and characteristics of LCA, and outlines the corresponding standards for good practice determined by the International Organization for Standardization. It also explains how to identify the critical aspects of an LCA, provides detailed examples of LCA analysis and applications, and includes illustrated problems and solutions with concrete examples from water management, electronics, packaging, automotive, and other industries.

In addition, readers will learn how to:

Introduction
Priorities for the Environment
Critical Approach, Objectives, and Book Structure
Background and Standardization
Use of the LCA Tool

Olivier Jolliet is professor in life cycle impact and risk modeling at the Department of Environmental Health Sciences in the School of Public Health, University of Michigan. He is also one of the founders of Quantis-International, which provides life cycle assessment (LCA) expertise to companies and governments and is one of the two co-initiators of the UNEP-SETAC Life Cycle Initiative. Dr. Jolliet has been one of the pioneers in developing LCA and applying it to food sustainability and innovative technologies since the early 1990s, He has developed comprehensive Life Cycle Impact Assessment Methods, such as the IMPACT2002 method He has authored or coauthored 150 peer-reviewed publications and book chapters.

earned her PhD in environmental sciences from the University of Lausanne, Switzerland, in 2011, after working for two years in the Life Cycle System group of Professor Jolliet at the Swiss Federal Institute of Technology, Lausanne. She is currently a research fellow at the Graduate Institute of International and Development Studies in Geneva, Switzerland, and since 2012 has been the scientific coordinator of a research program on the transboundary Orontes River basin, funded by the Swiss Development and Cooperation Agency. Her research focuses on human–hydrosystem coevolution in uncertain contexts, especially in the Middle East.

is lecturer in the departments of Physics & Astronomy and Environmental Science at the University of California – Los Angeles, teaching LCA and physics. She serves on the UCLA Physical Sciences Undergraduate Education Committee to improve undergraduate teaching using evidence-based techniques. She earned her PhD in applied physics from the University of Michigan in 2011 after receiving her BS and BA in physics, astronomy, and mathematics from the University of Arizona in 2002. She received her MA in teaching from Ithaca College in 2013. She is passionate about making quality education available to all and helping more people assess the global impacts of their actions.

is a student in the College of Literature, Science, and the Arts at the University of Michigan, where he is studying political science and philosophy with specializations in political economy and development, political philosophy, and ethics. He spends his summers teaching courses to Spanish secondary school students preparing for their Cambridge English: First (FCE) exams at English Summer International Schools in Tarragona, Spain.

earned his PhD in environmental engineering at the Swiss Federal Institute of Technology in Lausanne in 2000. Between 2000 and 2005, he worked as a senior scientist at the Swiss Federal Office of Public Health and was responsible for the registration of pesticides with respect to their human health effects. He obtained his MSc in applied toxicology at the University of Surrey in Guildford. He is currently the head of the biocides section at the Swiss Federal Office of Public Health. He represents Switzerland in committees on biocides and is responsible for the risk assessment of biocidal products.

"This is a very clear, comprehensive and well-structured textbook on LCA ... The book covers all the main elements and issues of LCA and the scope is just right for people with intermediate or no LCA knowledge."
—Roland Geyer, Bren School of Environmental Science and Management, University of California at Santa Barbara, USA

"This new book by Jolliet and colleagues will be a valuable addition to the existing LCA textbooks. It is presented in a very easy-to-read, lucid style making it useful even for beginners. However, it also contains the necessary information for advanced users. The coverage of topics is comprehensive and up-to-date. Starting from the very basic 'steps of LCA' which are clearly explained, advanced topics such as input-output analysis, uncertainty analysis and data quality are all covered. Examples, highlighting of key ideas and exercises at the end of the chapters add value."
—Professor Shabbir H. Gheewala, The Joint Graduate School of Energy and Environment, Thailand

"… the text is written in an easy to follow style… easy to read and contains pretty much everything that a newcomer (and a not so newcomer) needs to know to successfully conduct an environmental LCA. … and authorship by Professor Jolliet is in itself a credential for this book."
—Ivan Muñoz Ortiz, International Life Cycle Academy, Spain 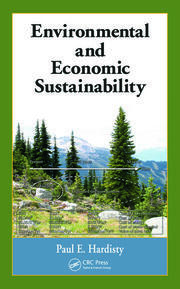 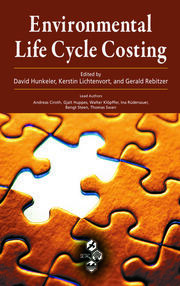