Innovation on Education and Social Sciences
Proceedings of the International Joint Conference on Arts and Humanities (IJCAH 2021) October 2, 2021, Surabaya, Indonesia

Innovation on Education and Social Sciences: Proceedings of the International Joint Conference on Arts and Humanities (IJCAH 2021) October 2, 2021, Surabaya, Indonesia

After a year of a global Covid-19 pandemic, still, we have more questions than answers to the future of education and our social life. It is more important than ever to follow the developments closely in the coming period, pay attention to critical concerns such as inequality, as well as positive signs of transformation and innovation in all aspects of the world of teaching and learning. Expectations on what the future brings will have to be based on solid research rather than short-term perceptions. The proceedings of IJCAH 2021 are an interdisciplinary platform for teachers, researchers, practitioners, and academicians to discuss the latest research findings, concerns, and practical challenges encountered and solutions adopted in the fields of Arts and Humanities. The subject areas within the proceeding are education, language learning, arts, culture, social sciences.

1.1. Learning Concrete Structures Using IT-Based Interactive Media
1.2. Development of Hybrid Project-based Learning in State University of Surabaya
1.3. Profile of Changes in Adaptive Physical Education Learning during the Covid-19 Pandemic
1.4. The Effectiveness of Online Lectures on Art Students
1.5. The Effect of Extroversion/Introversion on English Proficiency
1.6. The Use of XReading Books & Audios for Extensive Reading Program
1.7. Variative Etude as Skill-Forming on the Youth Level Viola Major Course at Music Study Program
1.8. Folklore for Developing Plurilingual and Pluricultural Competence (PCC) in Foreign Language Classroom
2.1. Building evidence-informed innovation. The case of 21st-century skills
2.2. The Impact of Principal Transformational Leadership and Teacher Commitment to Organizational Change in Elementary Schools
2.3. A mismatch between high-status profession and altruistic motives, and why it matters for the teaching profession
2.4. Teacher Professional Development in Indonesia: A Comparative Study with Global Practices
2.5. Primary School Principal Perspective to Strengthen Indonesian National Identity
2.6. Identification of character education values inherent to traditional games in Indonesia: a pilot study
2.7. Study of Psychological Wellbeing in University Student: The Role of Gender and Educational Level
2.8. Global Pandemic fear and International Students: Negative thoughts, Mental and Physical Wellbeing2.9.
2.9. The relationship between psychological well-being and adversity quotient on fresh graduates during coronavirus pandemic
2.10. Neuroscience can contribute to change management: STREAP-Be model
2.11. Brief report: visualizing scientific landscape on learning disabilities in Scopus between 2012 to 2021
2.12. Power Cards Digital: An Advanced Strategy in Enhancing Communication Skills of Students with Autism
3.1. From crisis to opportunity: promoting culture and language learning online
3.2. When Legacy Meets Modernity, Is There Any Pride?: Linguistic Perspective
3.3. Conversation Topic of Indonesian Speakers in First Meeting Contact Situations Japanese Conversation
3.4. The Pragmatic Marker 'ya' in Indonesian Chinese: Perspective of Language Contact
3.5. Indonesian Female Migrant Domestic Workers and the Alternative Narratives of’ “the Heroes of Remittance” and “Part of the Family”
4.1. Archiving local culture through transnational popular culture research
4.2. Displaying Power and Solidarity through the Pronoun Use in “The Voice Kids Indonesia Season 4”
4.3.National Pride Provoking Heroes and Anti-heroes in Ajidarma’s “Eyewitness”
4.4. Zine as Alternative Media: A Case Study of Football-themed Zines
4.5. The Ideological Resistance of Japan’s Kamikaze Pilots in A Book Entitled “Kike Wadatsumi no Koe”
4.6. Altruism in Serat Subasita

Irena Y. Maureen graduated with an MSc and PhD in Instructional Technology from the University of Twente, the Netherlands. She held a faculty position in Educational Technology, Faculty of Education, Universitas Negeri Surabaya, Indonesia since 2003. She has been invited to become a national online trainer, keynote speaker, and national journal reviewer in Education, Pedagogy, and Technology for the past two years. Her research interest focuses on Instructional Design, Digital Literacy, Digital Storytelling, and Early Childhood Education.
Elly Matul Imah received her Dr. degree in Computer Science from the University of Indonesia in 2014. Currently, she is a lecturer and researcher in the Mathematics Department, Universitas Negeri Surabaya. She is also a Head of the Artificial Intelligence and Scientific Publication Unit in Universitas Negeri Surabaya. Her research interests include Machine Learning, Pattern Recognition, Biomedical Engineering, and Neurocognitive Sciences.
Siti Ina Savira is a senior lecturer at the Department of Psychology, Universitas Negeri Surabaya. As an academic staff member, she is responsible for teaching, research, publication, and community service. Ina has supervised more than 40 undergraduate theses in the area of education and psychology. Between 2019 and 2021 she received four research grants, both as a main-researcher and co-researcher, worth more than $10,000 accumulatively. For three consecutive years, she has been on the scientific committee responsible for conference paper publication in the International Conference on Education Innovation. Her publications include journals, books, and conference papers.
Syafi’ul Anam is a senior lecturer in the English Department of Universitas Negeri Surabaya. He has been teaching courses in academic writing, language assessment, and materials development. His primary research interests include self-regulated learning, self-efficacy beliefs, and assessment in EFL contexts. He has been a reviewer for journals, such as System and Journal of Language and Education.
Masilva Raynox Mael is a lecturer in the Japanese Department of Universitas Negeri Surabaya. He has been teaching courses in Shokyu Nihongo (Basic Japanese Grammar), Shokyu Hanashikata (Basic Japanese Conversation), Chujokyu Hanashikata (Intermediate Japanese Conversation), and Nihon Gengogaku Kenkyuu (Japanese Linguistics Research). His primary research interests are phonology, pragmatic, and stylistics. He has been an editor for Paramasastra journal.
Lina Purwaning Hartanti pursued her Bachelor’s majoring in English Education from Universitas Negeri Surabaya in 2004. She has been serving as a lecturer since 2005 at English Department, Faculty of Languages and Arts, Universitas Negeri Surabaya. In 2013, she completed her Master’s in English as an International Language (M.EIL.) from the University of Melbourne, Australia. Her academic interests are working on the area of Linguistics and Critical Thinking. 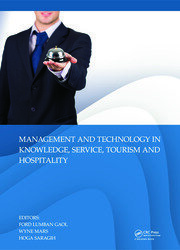 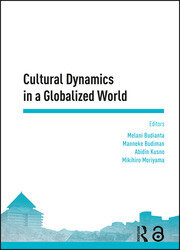 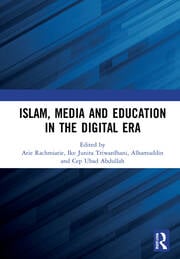