With the aim to better understand nature, mathematical tools are being used nowadays in many different fields. The concept of integral transforms, in particular, has been found to be a useful mathematical tool for solving a variety of problems not only in mathematics, but also in various other branches of science, engineering, and technology.

This book is a useful reference for practitioners, engineers, researchers, and graduate students in mathematics, applied sciences, engineering, and technology fields.

Abdon Atangana received his Ph.D. in 2013 from the University of the Free State, Bloemfontein, South Africa, where, since 2017 he has been a full professor within the faculty of natural and agricultural science He was included in the 2019 (Maths), 2020 (Cross-field) and the 2021 (Maths) Clarivate Web of Science lists of the World's top 1% scientists, and he was awarded The World Academy of Sciences (TWAS) inaugural Mohammed A. Hamdan award for contributions to science in developing countries. In 2018 Atangana was elected as a member of the African Academy of Sciences and in 2021 a member of The World Academy of Sciences. He also ranked number one in the world in mathematics, number 186 in the world in all the fields, and number one in Africa in all the fields, according to the Stanford list of 2% single-year table. He was one of the first recipients of the Obada Award 2018. He published a paper that was ranked by Clarivate in 2017 as the most cited mathematics paper in the world. To date, the studies of Atangana are published in more than 401 papers, which have appeared in the most prestigious international peer-reviewed journals and in six books published by top international publishers. Abdon Atangana has supervised the works of 20 masters, 15 Ph.D. students, and 6 post-doctoral fellows and serves as the editor in several internationally accredited journals. He has also organized more than 25 special issues in top tiers journals and has been a plenary and invited speaker in more than 25 international conferences.

Ali Akgül is a full professor at Siirt University, Art and Science Department of Mathematics. He is head of the Mathematics Department and has made a big contribution to the fractional calculus and numerical methods. He has published more than 250 research papers in various journals and has participated as an invited speaker at many international conferences. Dr. Akgül has received many scientific awards and has been on the global list of Stanford University’s best top 2% Scientists in various disciplines for 2020 and 2021. He received the Obada-Prize Young Distinguished Researchers in 2022. 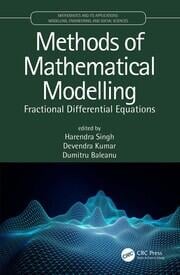 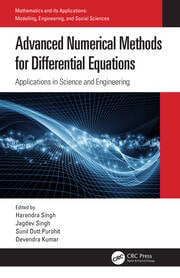