In recent years, intelligent control has emerged as one of the most active and fruitful areas of research and development. Until now, however, there has been no comprehensive text that explores the subject with focus on the design and analysis of biological and industrial applications. Intelligent Control Systems Using Soft Computing Methodologies does all that and more.

Beginning with an overview of intelligent control methodologies, the contributors present the fundamentals of neural networks, supervised and unsupervised learning, and recurrent networks. They address various implementation issues, then explore design and verification of neural networks for a variety of applications, including medicine, biology, digital signal processing, object recognition, computer networking, desalination technology, and oil refinery and chemical processes.

The focus then shifts to fuzzy logic, with a review of the fundamental and theoretical aspects, discussion of implementation issues, and examples of applications, including control of autonomous underwater vehicles, navigation of space vehicles, image processing, robotics, and energy management systems. The book concludes with the integration of genetic algorithms into the paradigm of soft computing methodologies, including several more industrial examples, implementation issues, and open problems and open problems related to intelligent control technology.

Suitable as a textbook or a reference, Intelligent Control Systems explores recent advances in the field from both the theoretical and the practical viewpoints. It also integrates intelligent control design methodologies to give designers a set of flexible, robust controllers and provide students with a tool for solving the examples and exercises within the book.

Ali Zilouchian is currently a professor and the director of the Intelligent Control laboratory funded by the National Science Foundation (NSF) in the department of electrical engineering at Florida Atlantic University, Boca Raton, FL. His recent works involve the applications of soft computing methodologies to industrial processes including oil refineries, desalination processes, fuzzy control of jet engines, fuzzy controllers for car engines, kinematics and dynamics of serial and parallel robot manipulators. Dr. Zilouchian's research interests include the industrial applications of intelligent controls using neural network, fuzzy logic, genetic algorithms, data clustering, multidimensional signal processing, digital filtering, and model reduction of large scale systems. His recent projects have been funded by NSF and Motorola Inc. as well as several other sources. He has taught more than 22 different courses in the areas of intelligent systems, controls, robotics, computer vision, digital signal processing, and electronic circuits at Florida Atlantic University and George Washington University. He has supervised 13 Ph.D. and M.S. students during the last 15 years. In addition, he has served as a committee member on more than 25 MS theses and Ph.D. dissertations. He has published over 100 book chapters, textbooks, scholarly journal papers, and refereed conference proceedings. In 1996, Dr. Zilouchian was honored with a Florida Atlantic University Award for Excellence in Undergraduate Teaching. Dr. Zilouchian is a senior member of IEEE, member of Sigma Xi and New York Academy of Science and Tau Beta Pi. He received the outstanding leadership award for IEEE branch membership development activities for Region III in 1988. He has served as session chair and organizer of nine different sessions in the international conferences within the last five years. He was a keynote speaker at the International Conference on Seawater Desalination Technologies in November 2000. Dr. Zilouchian is currently an associate editor of the International Journal of Electrical and Computer Engineering out of Oxford, UK. He is also the local chairman of the next WAC 2002 to be held in June 2002 in Orlando, Florida. Mohammad (Mo) Jamshidi (Fellow IEEE, Fellow ASME, Fellow AAAS) earned a Ph.D. degree in electrical engineering from the University of Illinois at Urbana-Champaign in February 1971. He holds an honorary doctorate degree from Azerbaijan National University, Baku, Azerbaijan, 1999. Currently, he is the Regents professor of electrical and computer engineering, the AT&T professor of manufacturing engineering, professor of mechanical engineering and founding director of the NASA Center for Autonomous Control Engineering (ACE) at the University of New Mexico, Albuquerque. He was on the advisory board of NASA JPL’s Pathfinder Project mission, which landed on Mars on July 4, 1997. He is currently a member of the NASA Minority Businesses Resource Advisory Committee and a member of the NASA JPL Surface Systems Track Review Board. He was on the USA National Academy of Sciences NRC’s Integrated Manufacturing Review Board. Previously he spent 6 years at U.S. Air Force Phillips (formerly Weapons) Laboratory working on large scale systems, control of optical systems, and adaptive optics. He has been a consultant with the Department of Energy's Los Alamos National Laboratory and Oak Ridge National Laboratory. He has worked in various academic and industrial positions at various national and international locations including with IBM and GM Corporations. He has contributed to over 475 technical publications including 45 books and edited volumes. Six of his books have been translated into at least one foreign language. He is the founding editor, co-founding editor, or editor-inchief of five journals (including Elsevier’s International Journal of Computers and Electrical Engineering) and one magazine (IEEE Control Systems Magazine). He has been on the executive editorial boards of a number of journals and two encyclopedias. He was the series editor for ASME Press Series on Robotics and Manufacturing from 1988 to 1996 and Prentice Hall Series on Environmental and Intelligent Manufacturing Systems from 1991 to 1998. In 1986 he helped launch a specialized symposium on robotics which was expanded to International Symposium on Robotics and Manufacturing (ISRAM) in 1988, and since 1994, it has been expanded into the World Automation Congress (WAC) where it now encompasses six main symposia and forums on robotics, manufacturing, automation, control, soft computing, and multimedia and image processing. He has been the general chairman of WAC from its inception. Dr. Jamshidi is a fellow of the IEEE for contributions to "large-scale systems theory and applications and engineering education," a fellow of the ASME for contributions to "control of robotic and manufacturing systems," a fellow of the AAAS ? the American Association for the Advancement of Science ? for contributions to "complex large-scale systems and their applications to controls and optimization". He is also an associate fellow of Third World Academy of Sciences (Trieste, Italy), member of Russian Academy of Nonlinear Sciences, associate fellow, Hungarian Academy of Engineering, corresponding member of the Persian Academies of Science and Engineering, a member of the New York Academy of Sciences and recipient of the IEEE Centennial Medal and IEEE Control Systems Society Distinguished Member Award and the IEEE CSS Millennium Award. He is an honorary professor at three Chinese universities. He is on the board of Nobel Laureate Glenn T. Seaborg Hall of Science for Native American Youth. 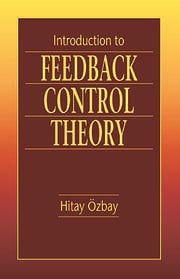 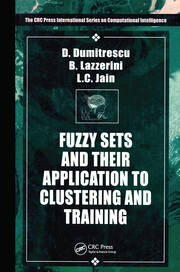