Israeli Nationalism
Social conflicts and the politics of knowledge 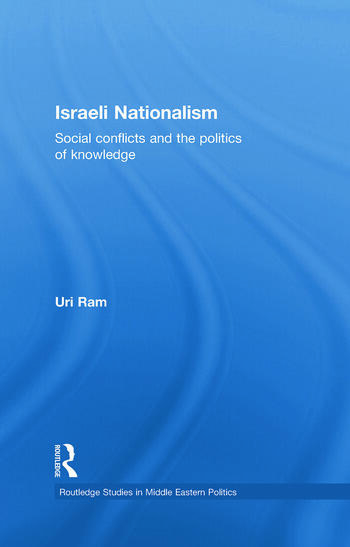 Israeli Nationalism: Social conflicts and the politics of knowledge

The question of nationalism centres around the political, social, and cultural ways by which the concept and practice of a nation is constructed, and what it means to its various bearers. This book examines the issue of Jewish-Israeli nationalism, combining a sociological study of national culture with a detailed analysis of Israeli national discourse.

Taking an interdisciplinary approach, the author explores the categories of thought that constitute the Jewish-Israeli "nation" as an historical entity, as a social reality and as a communal identity. Unravelling the ways in which Israeli nationhood, society and identity had been assumed as immutable, monolithic and closely bound objects by Zionist ideology and scholarship, he then explores how in modern times such approaches have become subject to an array of critical discourses, both in the academic disciplines of history, sociology and cultural studies, and also in the wider sphere of Israeli identity discourse.

This unique study of the issue of Jewish-Israeli nationalism will be of great interest to students and scholars of Israeli Studies, Middle East Studies and Jewish History, as well as those working in the fields of Sociology, Political Science, History and Cultural Studies with an interest in nationalism, citizenship, social theory and historiography.

Uri Ram is Professor of Sociology in the department of sociology and anthropology at Ben-Gurion University, Israel. He is the author of numerous scholarly publications in the fields of nationalism, collective memory, the sociology of knowledge, political sociology and globalization.