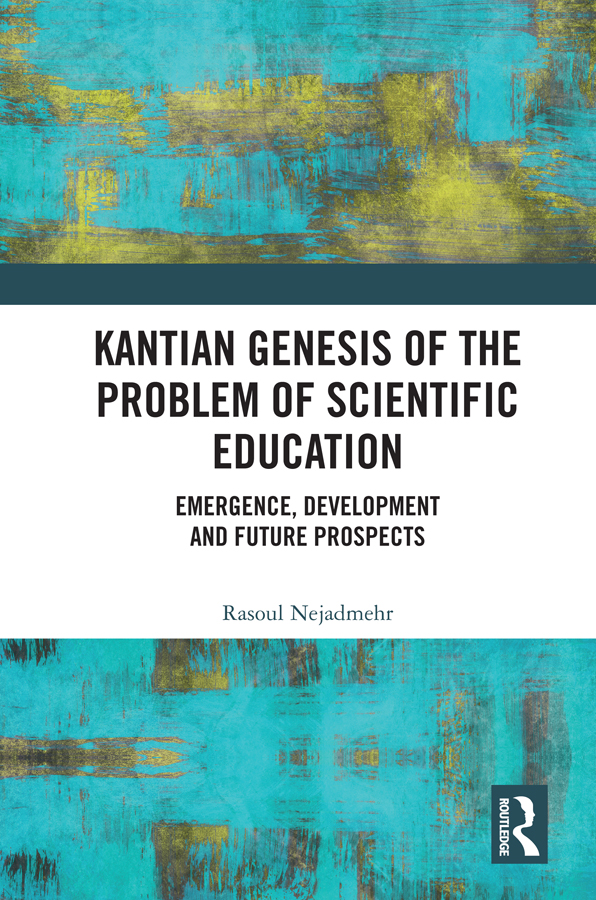 Kantian Genesis of the Problem of Scientific Education

Kantian Genesis of the Problem of Scientific Education terms the dominant educational paradigm of our time as scientific education and subjects it to historical analysis to bring its tacit racial, colonial and Eurocentric biases into view. Using archaeology and genealogy as tools of investigation, it traces the emergence of scientific education and related racial and colonial inequities in Western modernity, especially in the works of the defining figure of Western Enlightenment, Immanuel Kant.

The book addresses the key role played by Kant in establishing a Eurocentric rational notion of the human being. It also reveals genealogical continuities between Kantian and neoliberal rationality of the all-embracing market of today. It discusses several strategies for resistance against the imperial rationality based on decolonial and postcolonial perspectives and suggests basic principles for a shift of paradigm in education, including shifts in our understanding of the notions of criticism, freedom, the universal, art and the human being.

This book will be of great interestfor academics and researchers and post graduate students in the fields of education, philosophy, and philosophy of education.

The structure of the book

Why is the distinction between scientific education and science education needed?

Why Kant is generative context of scientific education;

Kant, the human being, science and education

Revolution from within the human being; exit from self-incurred immaturity

The human being as an acting being- human obligation, how should we act

The human being as a feeling being

Education, science and the question of grounding

Education as a way toward a cosmopolitan condition

Construction of the constitutive subject

Scientific construction of the human being

Kant and scientific colonialism; the uneducable others

Beyond Kant; toward a polyphonic strategy of resistance

Western self-criticism; transforming Kant from within

Criticism from an external perspective

From an authoritarian to a dialogic notion of criticism

From cognitivism to the diversity of daily practices

From metaphysical to ontological notions of freedom

From homo economicus to the polytropos human being

Rasoul Nejadmehr is an independent researcher and has been working with Swedish and EU cultural and educational policies. He lives in Gothenburg, Sweden.