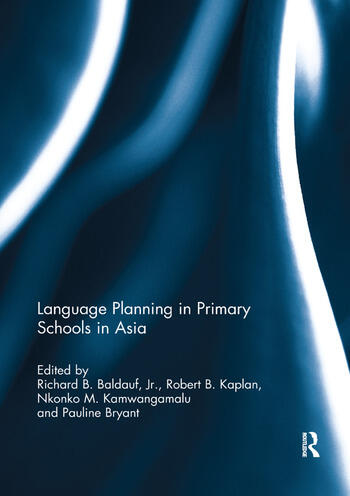 In foreign language education, decisions must be taken on what languages to teach, who will teach them, in which schools (i.e. all, only urban, only rural), in which grades, the number of hours a week, and the cost involved. This book explores the answers to these questions across a number of Asian polities. It illustrates why some of the efforts undertaken are successful and why some are not, why – despite significant investments of time and resources – some students do not seem to acquire the languages being taught, and why some teachers responsible for instruction in the designated foreign languages have problems achieving fluency in the designated language or have other language teaching difficulties. It suggests some strategies various polities might attempt to achieve their stated language learning objectives.

This book was originally published as a special issue of Current Issues in Language Planning.

Richard B. Baldauf, Jr., Professor of TESOL, School of Education, University of Queensland, Australia, has published numerous articles in refereed journals and books, is co-author of Language Planning from Practice to Theory (1997), Language and Language-in-Education Planning in the Pacific Basin (2003), and Planning Chinese Characters: Evolution, Revolution or Reaction (2008).

Nkonko Kamwangamalu, Professor of Linguistics, Department of English, Howard University, USA, has published numerous articles in refereed journals and books, is the author of The Language Planning Situation in South Africa (2001), and co-editor of Language and Institutions in Africa (2000).