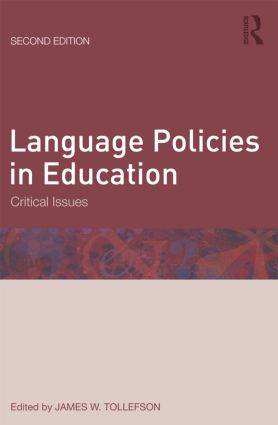 How do language policies in schools create inequalities among learners? How do policies marginalize some students while granting privilege to others? How do language policies in education serve the interests of dominant groups within societies? How can linguistic minorities further their interests through attempts to change language policies in schools? This new edition of Language Policies in Education takes a fresh look at these enduring questions at the heart of fundamental debates about the role of schools in society, the links between education and employment, and conflicts between linguistic minorities and "mainstream" populations. Reflecting developments in language policy since the publication of the first edition in 2002, all chapters are original and substantial contributions to the study of language policy and exemplify major theories and research methods in the field. Chapter authors are major scholars in language policy and critical language studies. The case studies, international in scope, present cutting-edge analyses of important language policy debates in countries around the world.

Footing in the School District of Philadelphia

and the New Constitutional Order

Monolingual Kingdoms of Lesotho and Swaziland

Language and Education in Solomon Islands