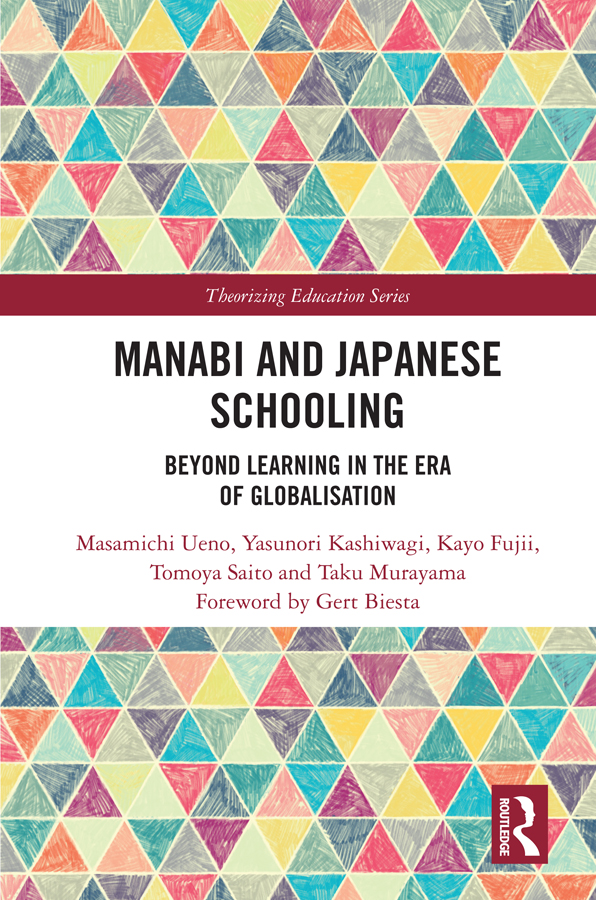 Beyond Learning in the Era of Globalisation, 1st Edition

The authors derive different perspectives in Manabi from Eastern philosophy, clarifying and comparing with learning and Bildung to give alternative educational discourses. It considers the idea of Confucius and Taoism and studies the practice of minna, characterising it as a cooperative and peaceful problem-solving method. Addressing the trend of ‘learnification’ and its contribution to educational reform, it explores the impacts, conflicts and difficulties of introducing learner-centred education into East Asian educational settings as well as the potential of Manabi as an effective tool for all types of learning.

Expertly written and researched, this book includes an introduction by Gert Biesta and is a valuable resource for researchers, academics and postgraduate students in the field of educational philosophy, educational theory and Eastern philosophy.

'Manabi, a distinctive term for ‘learning’ in Japanese. This book provides inspiring and various interpretations of manabi crossing East-West boundaries, in theory and in practice. For those who are interested in ‘learning’ in East Asian and global contexts, this book is a must-read.'

'The subject of the book “Manabi” is nearly unknown in the western educational discourse. It opens

educational practice and their historical roots. The authors show us how Buddhist culture of ZEN

influenced teaching concepts in school. The “didactic” of the book is grounded in a comparison

between Western and Japanese concepts of learning, Bildung etc. This facilitates the access to

understanding Japanese idea of learning and development. The book is highly relevant. The idea is

unique and original. I would strongly recommend publication, it is an outstanding work.'

Part I The Concept of Manabi

Chapter 1 The Thought of Manabi: Learning in the Age of Globalisation Reconsidered

Chapter 2 The Analysis of Manabi: Learning towards Nothingness and Selflessness

Chapter 3 Body and Mind in Manabi: Focusing on Kata and Shūyō

Chapter 4 The Resonance of Minna's Voice in Japanese Schooling

Chapter 6 Practices of Manabi in School

Masamichi Ueno is Professor of Education at Sophia University, Japan.

is Associate Professor of Education at Yokohama National University, Japan.

is Professor of Education at Kokugakuin University, Japan.

Theorizing Education brings together innovative work from a wide range of contexts and traditions which explicitly focuses on the roles of theory in educational research and educational practice. The series includes contextual and socio-historical analyses of existing traditions of theory and theorizing, exemplary use of theory, and empirical work where theory has been used in innovative ways. The distinctive focus for the series is the engagement with educational questions, articulating what explicitly educational function the work of particular forms of theorizing supports.