Here’s What You Get:

The authors draw on their many years of experience in the field of management science to lay out procedures, tools, and techniques that address each step of the life cycle of an engagement—from definition of the services to be delivered, to evaluation of the results with the client. They take a back-to-basics approach that can be used in any size organization, from a sole practitioner to a firm of up to 75 practitioners and support staff as well as larger firms that also may be experiencing sustainability issues with their process improvement initiatives. The book guides you—starting with the 9 Rules—through the maze of obstacles in delivering your professional service.

Developing a Culture of Internal Discipline and Control
Internal Discipline and Control Defined
Why Is IDC Important?
IDC—Three Dimensions
Organizational Culture and Resistance to Change
Establishing an IDC Philosophy and Culture
Documenting and Communicating the IDC Methodology
Organizing and Staffing for IDC
Setting Up the Supporting Tools and Technology
Walk the Talk (or Practice What You Preach)
Tips for Sole Proprietors and Small Firms
Endnotes

BARRY MUNDT
Barry earned a bachelor of science degree in industrial engineering from Stanford University and a master of business administration degree from Santa Clara University. He began his professional career in the aerospace industry, first with Aerojet General Corp. and then with Lockheed Missiles and Space Company. He joined a consulting arm of C-E-I-R, Inc. (a large computer service firm) in 1961, which was headed by three of his former Stanford professors. Barry has been a consultant to private- and public-sector organizations since that time.
In 1965, Barry was asked to join the management consulting department of what was then known as Peat, Marwick, Mitchell & Co. (PMM), a global public accounting, tax advisory, and management consulting partnership. He was appointed partner in 1973. When Peat Marwick International merged with Klynveld Main Goerdeler in 1987 to form KPMG LLP, Barry assumed the role of international management consulting coordinating partner in Amsterdam, the Netherlands. Barry was assigned to the firm’s Department of Professional Practice for the two years prior to his retirement. During that time, he took the lead in preparing KPMG’s Performance Improvement Consulting Services Manual.
When Barry retired from KPMG in 1995, after thirty years of service, he set up his own management consulting practice, specializing in services to professional service firms. In that capacity, he has written KPMG’s Global Management Consulting and Advisory Services Engagement Conduct Guides and participated in the preparation of Adjusters International’s suite of Disaster Recovery Consulting Operational Guides, which includes an Engagement Conduct Guide.
Barry is a fellow, life member, and past president of the Institute of Industrial Engineers. He is a member of the board of directors of Adjusters International, Inc., a nationwide group of public insurance adjusters and disaster recovery consultants.

FRANK SMITH
Frank earned a bachelor of science degree in education from the University of Connecticut and a master of science degree in management from Rensselaer Polytechnic Institute. He began his professional career teaching in the Pomperaug Regional School District #15 in Connecticut. He later went on to work in several high-technology, aerospace, and defense companies in line management positions.
In 1987, he joined Peat, Marwick, Mitchell & Co. (which soon became KPMG), where he served in the Technology and Operations group of KPMG Management Consulting. Frank left KPMG in 1992 as a senior manager and set up his own management consulting practice. His services focus on delivery of performance improvements to professional service, health care, and manufacturing organizations.

STEVE EGAN
Steve earned a bachelor of arts degree in history and government from Norwich University and a master of arts degree in government from American University in Washington, DC. Steve’s first job was as a research assistant for the Governor’s Crime Commission in Vermont, followed by eight years as a management and budget analyst in the finance department of Fulton County, Georgia, where he also served as an internal management consultant at times.
In 1981 Steve joined PMM’s government consulting practice and, in 1987, moved to David M. Griffith and Associates. In 1992 he formed ECA Strategies, a sole proprietorship focused on management and financial services to state and local governments.
Since 1995, ECA Strategies has been affiliated with the Mercer Group, Inc., a national public-sector consulting firm specializing in strategic and functional business planning, management and organizational improvement, human resource management, and executive recruitment. In thirty-two years of consulting, Steve has conducted more than 160 planning, management, operations, and financial studies and is a nationally known expert in strategic and functional business planning, service delivery alternatives, and organizational development. He is also known for his work in management and organizational improvement for public works, utilities, parks and recreation, planning and community development, and public safety operations.
From 2002 to 2005 he served as the interim Public Services and Water Director for the City of Highland Park, Michigan, which at the time was a fiscally distressed city run by an emergency financial manager appointed by the State of Michigan.

"The authors are the foremost authorities in the subject area with vast experience in developing strategies for effectively designing and managing diversified professional groups to achieve the highest value to owners and shareholders of organizations. If you want to develop, manage, and be very successful with your professional group, then this book is a must."
—Gavriel Salvendy, Purdue University, West Lafayette, Indiana, USA

"… this book has potentially broad applicability for professional services delivery in many fields, including accounting, architecture, information technology, and management consulting. It would also be an appropriate book for people seeking entry-level consulting jobs, to familiarize themselves with the professional services environment, or for the independent consultant who is starting to manage his or her own engagements."
Dr. Nicole Radziwill in ASQ: Quality Management Journal, October 2014 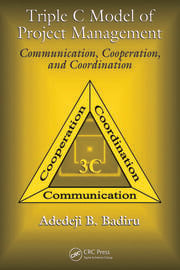 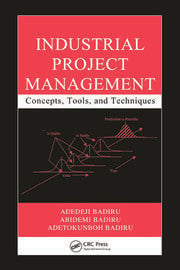 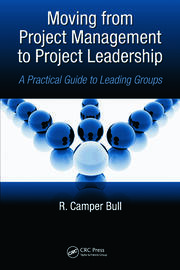