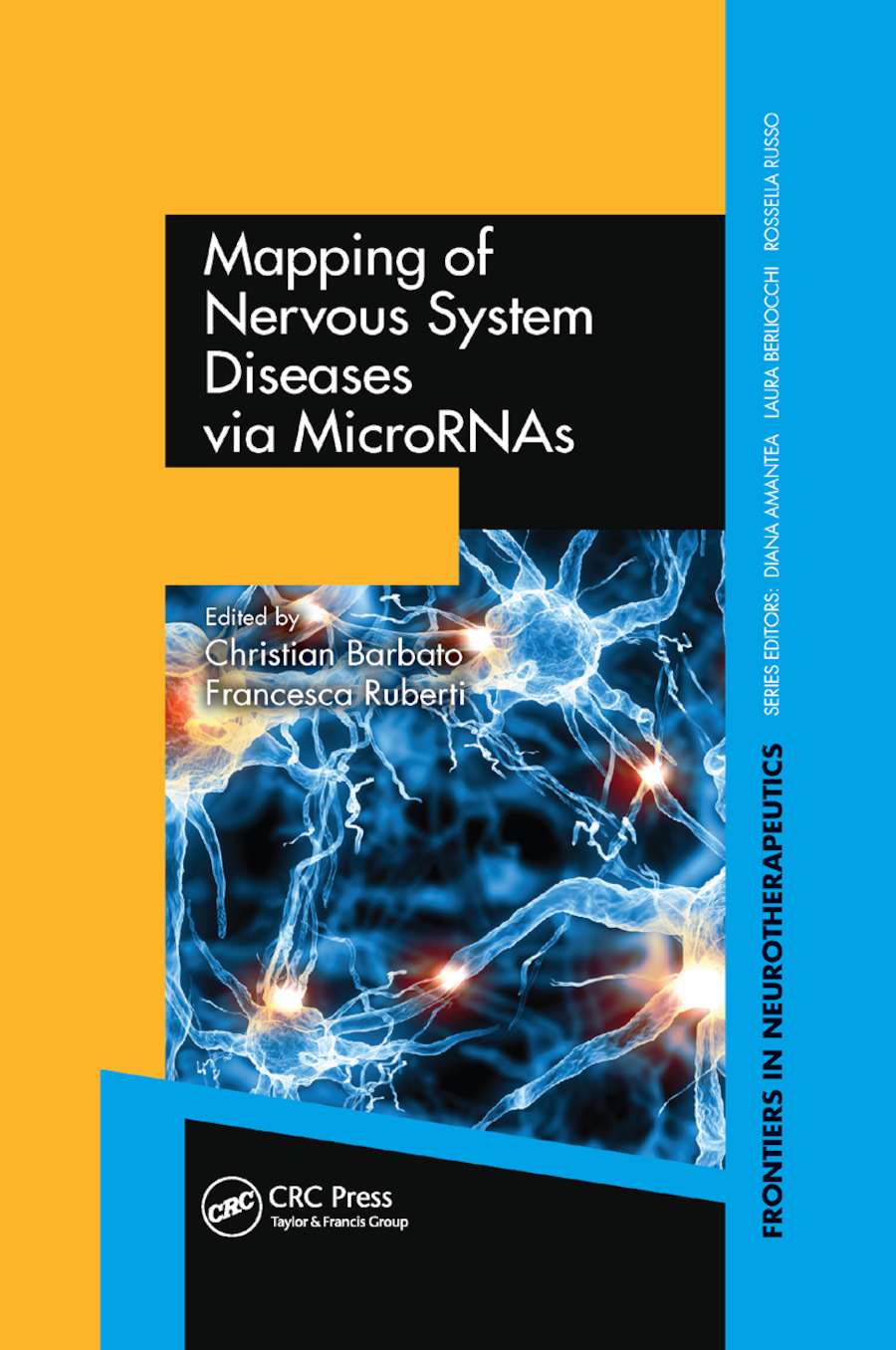 In recent years, understanding of microRNA (miRNA) biogenesis, the molecular mechanisms by which miRNAs regulate gene expression, and the functional roles of miRNAs has expanded. Mapping of Nervous System Diseases via MicroRNAs provides an up-to-date review on the function of miRNA in neurological diseases as well as advancements in technology for therapeutic modulation of miRNA activity.

MicroRNAs are small RNA molecules that regulate gene expression post-transcriptionally. A growing body of evidence suggests that miRNAs are dysregulated in several neurological disorders. In addition to reviewing general concepts and novel insights on brain function in relation to miRNA, this book also examines the role of miRNA in:

The book also discusses the significance of miRNAs as diagnostic tools, biomarkers, agents, and targets in the detection and treatment of neurological diseases. Each chapter contains material regarding future diagnostic and therapeutic advances.

Molecular and cellular neurobiological studies of miRNA-mediated gene silencing in the nervous system have opened new frontiers for the development of new diagnostic tests and genetic therapies for neurological diseases. Covering the full range of relevant concepts and giving a look into present and future possibilities, Mapping of Nervous System Diseases via MicroRNAs is a necessary cutting-edge reference for neurologists, neuropathologists, and researchers and practitioners in a wide range of related fields.

Christian Barbato, MD, is a researcher at the Institute of Cell Biology and Neurobiology, CNR, in Italy. He earned his PhD in neuroscience from the University of Rome Tor Vergata, Italy. His past work has focused on the characterization of cellular and molecular neurobiology of RNA-induced silencing complex and noncoding RNA in synaptic plasticity, learning, and memory. His recent research focuses on the function of microRNAs and their gene targets implicated in physiological and pathological processes of neurons.

, PhD, is a researcher at the Institute of Cell Biology and Neurobiology, CNR, in Italy. He earned his PhD in biophysics from the International School of Advanced Studies, Trieste, Italy. His past research has focused on the role of nerve growth factor on specific neuronal populations of the central nervous system and on synaptic plasticity in the hippocampus, and on the molecular mechanisms involved in the cellular localization of specific neuronal proteins or messenger RNAs. His recent research focuses on the study of microRNAs and their gene targets implicated in physiological and pathological processes of neurons.