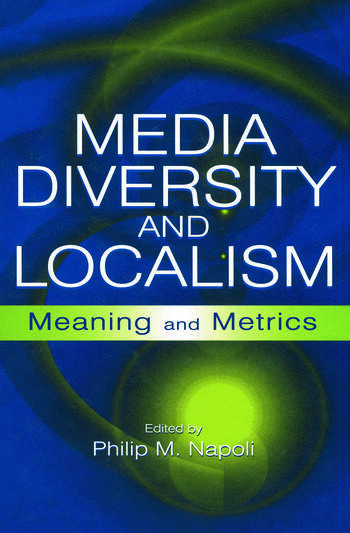 Questions concerning the quality of media performance and the effectiveness of media policymaking often revolve around the extent to which the media system fulfills the values inherent in diversity and localism principles. This edited volume addresses challenges and issues relating to diversity in local media markets from a media law and policy perspective. Editor Philip M. Napoli provides a conceptual and empirical framework for assessing the success/failure of media markets and media outlets in fulfilling diversity and localism objectives.

This substantive and timely volume speaks to scholars and researchers in the areas of media law and policy, political science, and all others interested in media regulation. It can also be used in a graduate seminar on media policy topics.