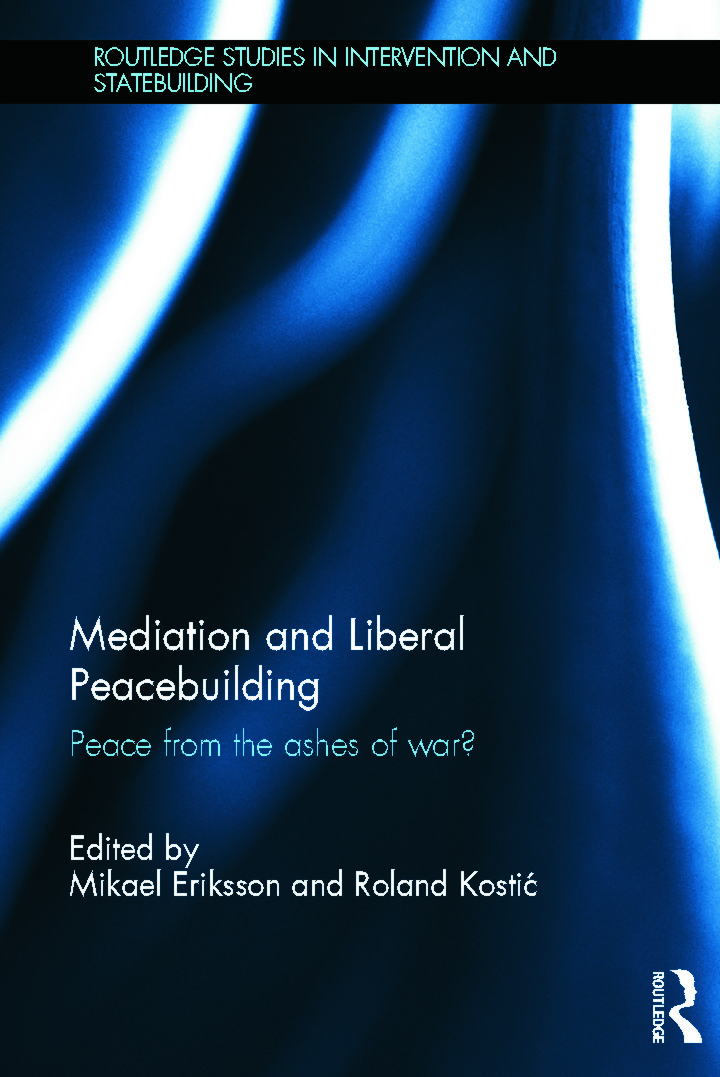 Peace from the Ashes of War?, 1st Edition

This book offers a state-of-the-art examination of peacemaking, looking at its theoretical assumptions, empirical applications and its consequences.

By linking the motives and practices of interveners during negotiation and implementation phases into a more integrated theoretical framework, this book makes a unique contribution to the on-going debate on the so-called Western ‘liberal’ models of peacebuilding. Drawing upon in-depth case-studies from various different regions of the world including Bosnia-Herzegovina, Kosovo, Afghanistan, Sudan, Ivory Coast, Senegal and Sierra Leone, this innovative volume examines a variety of political motives behind third party interventions, thus challenging the very founding concept of mediation literature.

This book will of much interest to students of peacebuilding, statebuilding, peacemaking, war and conflict studies, security studies and IR in general.

"In drawing out the ideological and other underpinnings of external involvement in peace processes, these essays contribute to an understanding of the dynamics that influence subsequent peacebuilding and the consequences for the sustainability of peace." -- Michael Pugh, University of Bradford

"Kostic and Eriksson provide a wide range of empirical studies on a topic that has until now been largely discussed on normative/ polemical grounds, peacebuilding. The close link between these cases and their theoretical discussion makes the work exceptionally valuable." -- Robert M. Hayden, University of Pittsburgh

" Mikael Eriksson and Roland Kostic's work provides a thoughtful reflection on the major challenges of international mediation. A resource for researchers and practitioners alike, this book uncovers some of the key linkages between motives, actions and results in mediation processes. Looking at some of the seminal peace processes of our time, this study rightfully stresses the limits to externally imposed peace agreements. In the final analysis, durable peace requires more than just a signed agreement amongst conflict parties." -- Kelvin Ong, Team Leader Mediation Support Unit, Department of Political Affairs, United Nations

Mikael Eriksson is a researcher at the Swedish Defence Research Institute, Stockholm.

Roland Kostic is Assistant Professor at the Hugo Valentin Centre and Department of Peace and Conflict Research, Uppsala University, Sweden.