While the job of a clinician in a disaster scenario is to save lives without regard for the cause or rationale for the injury, medical and emergency professionals who understand the diverse aspects of a disaster are better equipped to respond effectively. Giving emergency personnel the tools they need to perform in catastrophic situations, Medical Disaster Response: A Survival Guide for Hospitals in Mass Casualty Events addresses the critical planning and response issues surrounding a mass casualty disaster before, during, and after the event.

The book presents the fundamental components of a comprehensive medical disaster management plan that provides readers with a framework for developing individual policies to suit their particular institution. It examines natural, man-made, and terrorist disasters, and offers insight into the different strategies required for distinct scenarios, as well as the need to be prepared for the cascade effect of secondary events resulting from the original disaster.

This volume provides a powerful and unique case example through a chronology of the events of September 11th, offering a firsthand account and insight into the quintessential test case for disaster response effectiveness. It also profiles other notorious events—including Hurricane Katrina, the Madrid bombings, the SARS outbreak in 2004, and the sarin gas attack in Tokyo in 2005—as seen through the eyes of the expert contributors who witnessed and responded to these tragedies.

The book presents the lessons learned from these events by the contributing authors who acted on the front lines of the medical disaster response. It is a valuable reference manual for emergency planning, response, and healthcare professionals to confront future disasters and help prevent and mitigate destruction and unnecessary casualties.

David Goldschmitt, MD, is a board-certified emergency physician with experience and training in Disaster Management. As the former chief of emergency at New York Downtown Hospital (only three blocks from Ground Zero) during the events of September 11, 2001, he has the practical experience and exposure that few clinicians possess in this field.

Immediately upon graduation from his residency program, he became the interim director of Emergency Medicine at Metropolitan Hospital after the untimely death of the original director, Dr. Ralph Altman, a visionary and pioneer in the field of Emergency Medicine. He held that post for one year until a replacement director could be found, and then remained as assistant director of the Emergency Department and Emergency Medicine Residency Program for the next eight years.During that time, he was also liaison to the NYC EMS (prior to the relocation of EMS into FDNY). During that time, he worked at several emergency departments as a clinical attending physician, which led him to New York Downtown Hospital in 1996.

One year later, he became director of the Emergency Department and the EMS Paramedic Unit, a position he held for eight years, recently stepping down to an attending physician position in order to pursue other interests, such as writing. Prior to September 11th, Dr. Goldschmitt orchestrated the training of the hospital staff in incident command disaster management, and helped to shape the policies on disaster preparedness. The hospital was in the forefront of such training and expertise, spurred on by the fi rst World Trade Center bombing in 1993, when almost four hundred casualties were treated at the Hospital.

On September 11th, 2001, as director of Emergency at New York Downtown, Dr. Goldschmitt helped create and manned the Triage Center at 1 Liberty Plaza next to the World Trade Center. He also coordinated the aftermath programs at New York Downtown Hospital. For the next three days, until the arrival of the Federal Assistance, he helped supply all of the Triage Centers with supplies, equipment, and manpower through the hospital.

To this day, he has survivor guilt that he was not already at the hospital when the planes struck, and was able to reach the hospital only after the 1,200 casualties were brought to his emergency department within the fi rst two hours. But he is extremely proud of his staff who, despite all odds, successfully treated even the most critically injured with few casualties.

He designed and constructed the first mass decontamination center specifically for non-university hospitals, capable of being retrofi tted in an existing ambulance bay or loading dock. To that point, the only designs available were for large hospitals, requiring the construction of a separate wing. A working decontamination center was completed at New York Downtown Hospital in 2006 utilizing his design.

Dr. Goldschmitt has provided lectures to the Department of Health and the Canadian Trauma Symposium in Toronto, as well as many private venues. He continues to be a strong advocate of the role of Emergency Medicine in Disaster Planning and Management.

Robert Bonvino, MD, was appointed to the American Medical Association Political Action Committee (AMPAC) Board of Directors in 2000. In 2004, he was selected to be secretary of the AMPAC Board of Directors, chair of the Congressional Review Committee, and AMPAC liaison to the AMA Council on Legislation. He also serves on the AMPAC Executive Committee and the Membership Committee. In addition to being an OB/GYN, Dr. Bonvino is the vice president of Government Affairs and Corporate Development for the New York Downtown Hospital in New York City.

Dr. Bonvino received his medical degree from the University of Bologna in Italy and completed his internship and residency at St. Vincent’s Medical Center of Richmond, Staten Island, New York. His experience includes working as the attending OB/GYN and Residency Review Committee Liaison at the New York Downtown Hospital, and also as chief of OB/GYN Outpatient Services at Staten Island’s Bayley Seton Hospital from 1993 to 1997.

For many years, Dr. Bonvino has been involved in organized medicine, serving in leadership positions. Since 1994, he has been an American Medical Association AMA) delegate. Dr. Bonvino is currently on the board of trustees of the Medical Society of the State of New York (MSSNY) and a board of director’s member of the political action committee (MSSNYPAC). He served as MSSNY president from 2001 to 2002 and as president of the Medical Scientifi c and Educational Foundation from 1996 to 2000. Dr. Bonvino served as president of the Richmond County Medical Society (RCMS) from 1991 to 1992, and as a RCMS executive committee member and RCMS delegate to the MSSNY from 1983 to present.

On September 11, 2001, Dr. Bonvino was involved in the medical response team at Ground Zero in New York City. He has participated in forums discussing the perspectives of disaster and medical community response efforts. 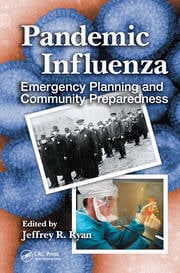 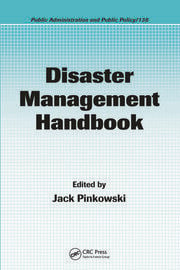 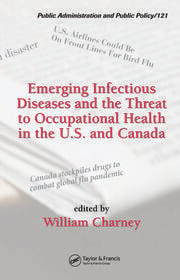