It is an indisputable argument that the formulation of metrics (by Fréchet in the early 1900s) opened a new subject in mathematics called non-linear analysis after the appearance of Banach’s fixed point theorem. Because the underlying space of this theorem is a metric space, the theory that developed following its publication is known as metric fixed point theory. It is well known that metric fixed point theory provides essential tools for solving problems arising in various branches of mathematics and other sciences such as split feasibility problems, variational inequality problems, non-linear optimization problems, equilibrium problems, selection and matching problems, and problems of proving the existence of solutions of integral and differential equations are closely related to fixed point theory. For this reason, many people over the past seventy years have tried to generalize the definition of metric space and corresponding fixed point theory. This trend still continues. A few questions lying at the heart of the theory remain open and there are many unanswered questions regarding the limits to which the theory may be extended.

provides an extensive understanding and the latest updates on the subject. The book not only shows diversified aspects of popular generalizations of metric spaces such as symmetric, b-metric, w-distance, G-metric, modular metric, probabilistic metric, fuzzy metric, graphical metric and corresponding fixed point theory but also motivates work on existing open problems on the subject. Each of the nine chapters—contributed by various authors—contains an Introduction section which summarizes the material needed to read the chapter independently of the others and contains the necessary background, several examples, and comprehensive literature to comprehend the concepts presented therein. This is helpful for those who want to pursue their research career in metric fixed point theory and its related areas.

This book serves as a reference for scientific investigators who need to analyze a simple and direct presentation of the fundamentals of the theory of metric fixed points. It may also be used as a text book for postgraduate and research students who are trying to derive future research scope in this area.

Dhananjay Gopal has a doctorate in Mathematics from Guru Ghasidas University, Bilaspur, India and is currently Associate Professor of Mathematics in Guru Ghasidas Vishwavidyalaya (A Central University), Bilaspur (C.G.), Bilaspur, Gujarat, India. He is author and co-author of several papers in journals, proceedings and a monograph on Background and Recent Developments of Metric Fixed Point Theory and a book on Introduction to metric spaces. He is devoted to general research on the theory of Nonlinear Analysis and Fuzzy Metric Fixed Point Theory. D. Gopal has active research collaborations with KMUTT, Bangkok, Thammasat University Bangkok, Jaen University Spain and in his research pursuits he has visited South Africa, Thailand, Japan and Iran.

Dr. Praveen Agarwal was born in Jaipur (India) on August 18, 1979. After completing his schooling, he earned his Master’s degree from Rajasthan University in 2000. In 2006, he earned his Ph. D. (Mathematics) at the Malviya National Institute of Technology (MNIT) in Jaipur, India, which is one of the highest ranking universities in India.

Dr. Agarwal has been actively involved in research as well as pedagogical activities for the last 20 years. His major research interests include Special Functions, Fractional Calculus, Numerical Analysis, Differential and Difference Equations, Inequalities, and Fixed Point Theorems. He is an excellent scholar, dedicated teacher, and prolific researcher. He has published 7 research monographs and edited volumes and more than 150 publications (with almost 100 mathematicians all over the world) in prestigious national and international mathematics journals. Dr. Agarwal worked previously either as a regular faculty or as a visiting professor and scientist in universities in several countries, including India, Germany, Turkey, South Korea, UK, Russia, Malaysia and Thailand. He has held several positions including Visiting Professor, Visiting Scientist, and Professor at various universities in different parts of the world. Specially, he was awarded most respected International Centre for Mathematical Sciences (ICMS) Group Research Fellowship to work with Prof. Dr. Michael Ruzhansky-Imperial College London at ICMS Centre, Scotland, UK, and during 2017-18, he was awarded most respected TUBITAK Visiting Scientist Fellowship to work with Prof. Dr. Onur at Ahi Evran University, Turkey. He has been awarded by Most Outstanding Researcher-2018 (Award for contribution to Mathematics) by the Union Minister of Human Resource Development of India, Mr. Prakash Javadekar in 2018. According to Google Scholar, Dr. Agarwal is cited more than 2,553 times, and on Scopus his work is cited more than 1,191 times. Dr. Agarwal is the recipient of several notable honors and awards.

Dr. Agarwal provided significant service to Anand International College of Engineering, Jaipur. Under his leadership during 2010-20, Anand-ICE consistently progressed in education and preparation of students, and in the new direction of academics, research and development. His overall impact to the institute is considerable. Many scholars from different nations, including China, Uzbekistan, Thailand and African Countries came to work under his guidance. The majority of the visiting post-doctoral scholars were sent to work under Dr. Agarwal by their employing institutions for at least one month.  Dr. Agarwal regularly disseminates his research at invited talks/colloquiums (over 25 Institutions all over the world).He has been invited to give plenary/keynote lectures at international conferences in the USA, Russia, India, Turkey, China, Korea, Malaysia, Thailand, Saudi Arabia, Germany, UK, Turkey, and Japan.  He has served over 40 Journals in the capacity of an Editor/Honorary Editor, or Associate Editor, and published 5books as an editor. Dr. Agarwal has also organized International Conferences/ workshops’/seminars/summer schools. In summary of these few inadequate paragraphs, Dr. P. Agarwal is a visionary scientist, educator, and administrator who have contributed to the world through his long service, dedication, and tireless efforts.

Poom Kumam received his Ph.D. in Mathematics from Department of Mathematics, Faculty of Science, Naresuan University. Now, he is the Professor and Associate Dean for Research and Networking, Faculty of Science, King Mongkuts University of Technology Thonburi (KMUTT) and also leading of the Theoretical and Computational Science (TaCS) Center and director of Computational and Applied Science for Smart Innovation Cluster (CLASSIC). He served on the editorial boards of various international journals and has also published more than 400 papers in Scopus and Web of Science (WoS) database. Furthermore, his research interest focuses on Fixed Point Theory and Optimization with related with optimization problems in both pure science and applied science. 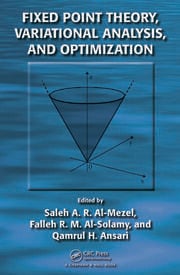 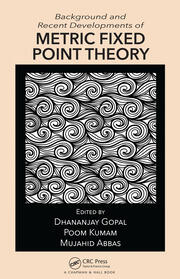