The discovery of enzymes as biocatalysts has led to various biotechnological developments. The capability of enzymes to catalyse various chemical reactions both in vivo and in vitro has led them to applications in various industries, such as food, feed, pharmaceutical, diagnostics, detergent, textile, paper, leather, and fine chemical industries. Microbial Fermentation and Enzyme Technology mainly focuses on production and application of enzymes in various industries. Further, it also discusses recent developments in enzyme engineering particularly those involved in creating and improving product formations through enzyme and fermentation technology.

Includes current research and developments in the area of microbial aspects in different fields like food, chemicals, pharmaceutical, bioprocess, etc.

Focuses on production and application of enzymes in various industries

Highlights recent developments in enzyme engineering with respect to its application in textile, pharmaceutical, nanobiotechnology, bioremediation and many other related fields.

1. Introduction of Fermentation and Enzyme Science 2. α-Amylases: An Overview on Molecular Structure and Biotechnological Perspectives 3. Study of α-Amylase Based on their Compositional Parameters of Its Gene Along with Its Protein Structure 4. Microbial Enzymes in Food Industry: Types and Applications 5. Fermented Foods for Health: Processes and Prospects 6. Advances in Enzymatic Applications in Food Industry 7. Role of Enzymes in Development of Functional Foods and Food Products 8. Application of Immobilized Cells and Enzymes in the Food Industry 9. Dextransucrase: A Microbial Enzyme with Wide Industrial Applications 10. Trends in Biosensors and Role of Enzymes as Their Sensing Element for Healthcare Applications 11. Application of Bile Salt Hydrolase Enzyme in Cholesterol Lowering 12. Fermentative and Enzyme-Assisted Production of Phenolic Antioxidants from Plant Residues 13. Relevance of Microbial Enzymes in Textile Industries Emphasizing Metabolic Engineering Panorama 14. Microbial Degradation of Organophosphate Pesticides: A Review 15. Microbial Production of Xylitol: A Cost-Effective Approach 16. Enzymes: Key Role in the Conversion of Waste to Bioethanol 17. Microbial Laccase: A Vanguard Biocatalyst and Its Potentiality towards Industrial Applications 18. Biofuel Cellulases: Diversity, Distribution and Industrial Outlook 19. Enzymatic Hydrolysis of Lignocellulosic Biomass Using Engineered Microorganisms and In Silico Approaches for Enhanced Enzyme Production: A Review 20. Agrowaste to Ethanol: Orchestrated by Enzymes from Microbes

Dr. Hrudayanath Thatoi is serving as a Professor in Department of Biotechnology of North Orissa University. He obtained his M.Sc. M. Phil. and Ph.D in Botany from Utkal University. He is also working as the Director, Centre for Similipal Studies, North Orissa University. The teaching and research interest of Dr. Thatoi include Microbiology, Molecular biology, Industrial and Pharmaceutical Biotechnology. Dr. Thatoi has implemented several research projects funded by UGC-DAE Govt. of India, DST Govt. of Odisha and Forest Department, Govt. of Odisha. Till date, Dr. Thatoi is credited with publication of 15 books including two text books and more than 250 research papers in national and international journals, proceedings of conferences and book chapters. He serves as member of several scientific societies and editorial boards of the National and International journals. He is a recipient of Fellow of Society of Applied Biotechnology. So far, he has guided 15 Ph.D. scholars and a number of M. Tech, B. Tech and M.Phil students for their thesis/dissertation works. He has visited Bangkok and Nepal to attend International Conferences on Biodiversity and Biotechnology. Dr Thatoi is a Functional Area Expert in Ecology and Biodiversity being accredited by QCI, Govt of India.

Dr. Pradeep K. Das Mohapatra did his Ph.D. in the year 2008 from Vidyasagar University. He is now working as an Associate Professor and Head in the Department of Microbiology, Raiganj University, Raiganj-733 134, Uttar Dinajpur, W.B., India. He is also acting as a Director of Professor A. K. Bothra Environment Conservation Centre, Raiganj University. Dr. Mohapatra has significantly contributed in the field of Enzyme Biotechnology, Environmental and Industrial Microbiology. He has worked on microbial nutrition & diversity, Fermentation, Probiotics, Immobilization, Bioinformatics and enzymes like Tannase, Xylanase, Amylase, Cellulase, Keratinase etc. He is presently working on Metabiotics. Dr. Mohapatra has published more than 118 original research papers in reputed National and International Journals, 05 book chapters, 05 review papers, 06 popular articles and filed 02 Patents with citation of 2186, h-index 27 and i10 index 58. He also attended 08 training programmes on microbial research, covered 40 National and International conferences and delivered 16 invited lectures. Dr. Mohapatra has more than 11 years of research and teaching experiences and received research funds from UGC, Govt. of India, Biostadt India Ltd. and Sanzyme Private Limited etc. 07 Ph.D. students already awarded Ph.D. under his supervision. Dr. Mohapatra has received Jr. Scientists of the Year award 2008 and Environmentalist of the Year Award 2009 from National Environmental Science Academy, New Delhi. He is nominated as fellow of the Society for Applied Biotechnology in the year 2011. He is also serving as an editorial board member of two journals and reviewers of many journals of Elsevier, Blackwell, Springer and Taylor & Francis. Dr. Mohapatra is also associated with many academic and research societies like AFB (France), NESA (New Delhi), BRSI (Trivandrum), AMI (New Delhi), PBVM (Kolkata), The Indian Science Congress Association (Kolkata) SAB (Dharward) etc.

Mrs. Sonali Mohapatra pursued her B.tech and M.Tech in Industrial Biotechnology from Dr. M.G.R University, Chennai. Mrs Mohapatra is pursuing her Ph.D in College of Engineering and technology, Ghatika, which is one of the premiere engineering colleges in the state of Odisha. She is currently working as an Assistant Professor in Department of Biotechnology, CET, Bhubaneswar. Mrs. Mohapatra has significantly contributed in the field of Biofuel technology and Environmental Microbiology. She has worked on Fermentation, Immobilization and enzymes like, Xylanase, Amylase, Cellulase, hemicellulase etc. Her research also deals with the utilisation of effluent produced during bioethanol production. Mrs Mohapatra has been working on biofertiliser production using industrial waste biomass. She has been also working on metabolomics approach for improving the ethanol tolerance capacity of ethalogenic microorganisms. She has received and international award from for excellence in teaching from South Asian Association, Bangkok, Thailand in the year 2017 and young scientist award for best paper presentation in the year 2018. Mrs. Mohapatra has published more than 15 original research papers in reputed International Journals, 08 international book chapters, and filed 01 Patent. She has covered 25 National and International conferences and has more than 06 years of research and teaching experiences. She has guided more than 14 B.Tech and 5 M.Tech students for their dissertation works.

After completing M.Sc. and Ph.D. in Physiology from the Vidyasagar University (West Bengal, India), Dr. Keshab. C. Mondal, in 1997, joined as Lecturer, in the Department of Physiology, Raja N L Khan Women’s College and later on in 2004, in the Department of Microbiology, Vidyasagar University and became Professor in 2014. His research efforts have been focused on understanding the diversity of intestinal bacteria particularly during environmental stress. The nutritional components, bacteria and enzymes in traditional fermented foods is also his research field. He is developing functional foods having antiobesity and antitoxic potentialities by using probiotic bacteria and yeasts from traditional fermented foods. He has published over 130 scientific papers, four review and six book chapters with citation of 3120, h-index 31 and i10 index 97. He handled 10 sponsored research projects. He is the recipient of Indo-Hungarian fellowship in 2014 and Tempus Public Foundation (TPF) fellowship, Hungary for the year 2015-16. He is a member of the Asian Federation of Biotechnology (AFB), Indian Science Congress Association (ISCA), Biotech Research Society of India (BRSI), Indian National Academy of Stress Sciences (INASS), Association of Microbiologists of India (AMI), and Physiological Society of India (PSI). He has been conferred with Gold Medal for scoring first rank in M. Sc. exam. He is a reviewer for manuscripts of several Indian and International journals. He has over 20 years of research and teaching experience. He has produced 16 Ph. D. students and presently 5 students are pursuing Ph. D under his guidance.

"This volume explores how enzyme technologies are used in industrial settings. A broad spectrum of applications is covered related to agriculture, food production, textile production, and clinical diagnosis. The historical and modern processes of making fermented foods are also described and their potential health benefits explored. The current state of knowledge regarding amylases, a class of starch-digesting enzymes, is covered. Biosensor technology, a modern method for fusing biochemistry with electronics, is also touched on. Enzymatic applications in the production of biofuels and waste disposal are explored in particular chapters. In the aggregate, the subject matter of this volume is broad, yet each chapter is fairly specific and some chapters even provide technical protocols. Given such specificity, the volume could be of use to advanced students in agricultural or food science; environmental, chemical, or bioengineering; or possibly students of nutrition." 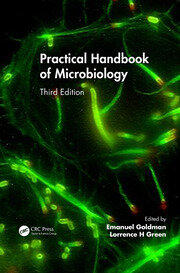 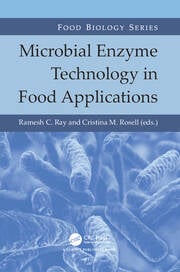 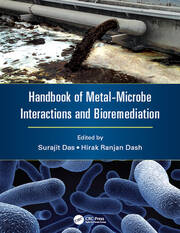