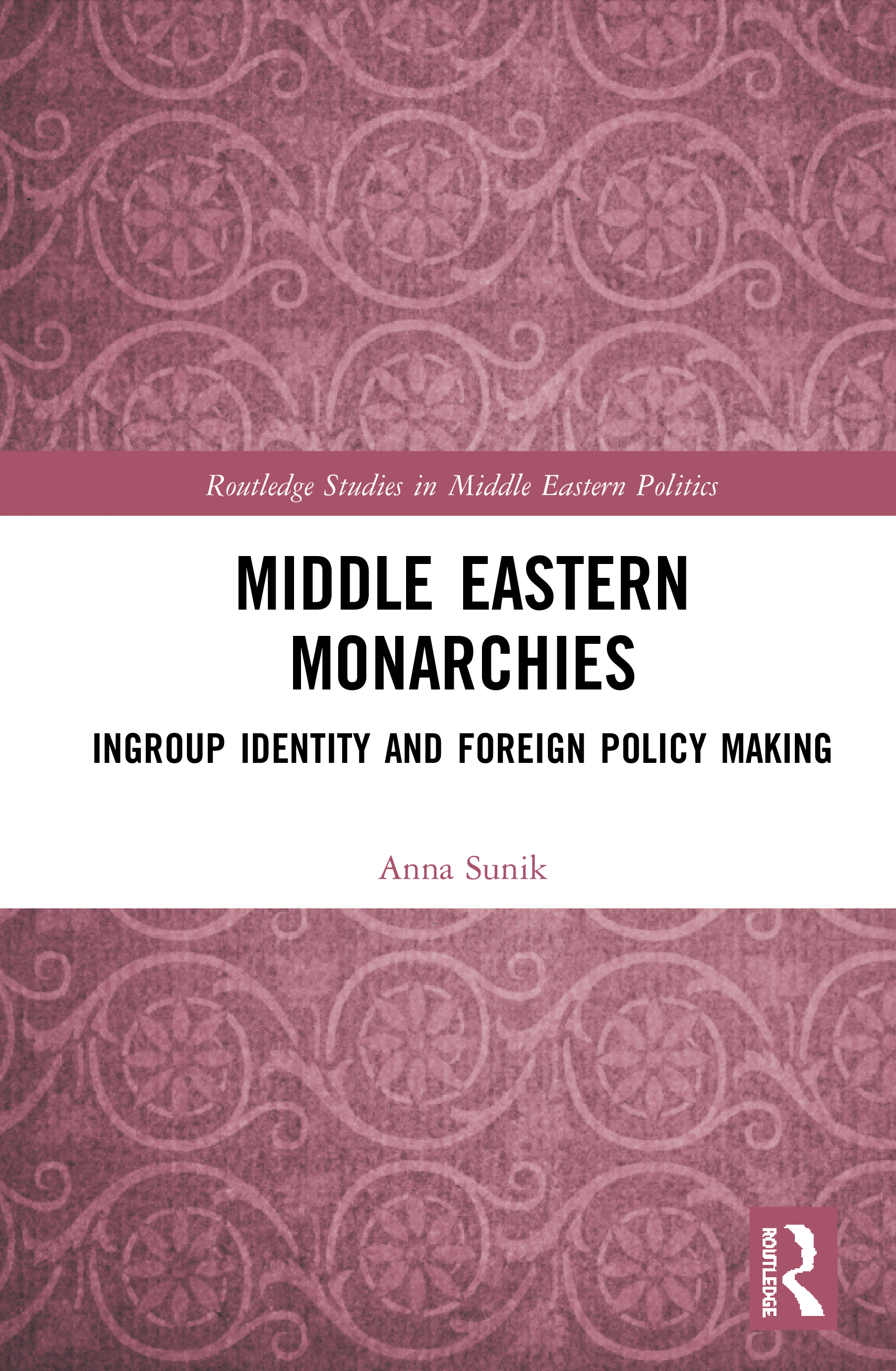 The monograph explores the dynamics of ingroup identity in the foreign policy-making of Middle Eastern monarchies from the evolution of the regional system after the World Wars until the present. Utilising an innovative theoretical framework that combines Foreign Policy Analysis in the context of authoritarian regimes and Social Identity Theory, the book theorizes the origins and inner workings of a "monarchic peace" among hereditary regimes in the Middle East, including the Gulf monarchies as well as Jordan and Morocco.

While the phenomenon of the "democratic peace" is well established in political science, this book argues that like the examined "monarchic peace", it is, in fact, a sub-case of a broader Similar Political Systems Peace (SPSP). The theory posits that monarchies do not wage war against each other because they recognize each other as members of the same "ingroup" which allows for other mechanisms of conflict resolution – behaviour that is allowed against outsiders might be prohibited against members of the same club or "family". The theory is illustrated with numerous case studies that look at overall regional dynamics as well as four crucial cases of monarchic interstate conflict: Bahraini-Qatari relations, the Saudi-Hashemite rivalry, and the relations between Kuwait and Iraq and Iran and the UAE.

This in-depth account of the foreign policies and community, connecting Middle Eastern monarchies will be of interest to readers in international relations, authoritarianism studies, Middle East and Persian Gulf politics.

2. Moving Beyond Democratic Exceptionalism: The Peace among Similar Political Systems

3. Middle East monarchies from the "Arab Cold War" to the "Arab Spring"

4. When Monarchies Collide: Case studies of "Near misses" of Monarchic War

5. From monarchy to republic – from peace to war? "Quasi-Experiments" of collapsed monarchic couples

6. The limits of SPSP: deviant cases?

7. Conclusion: Towards a Peace Among Similar Political Systems

Anna Sunik, focuses on Middle East politics and authoritarianism. She studied Political Science, Islamic studies and cultural anthropology in Heidelberg and Paris and has worked in the Middle East Institute of the GIGA Global Institute of Global and Area Studies and the German Federal Foreign Office.