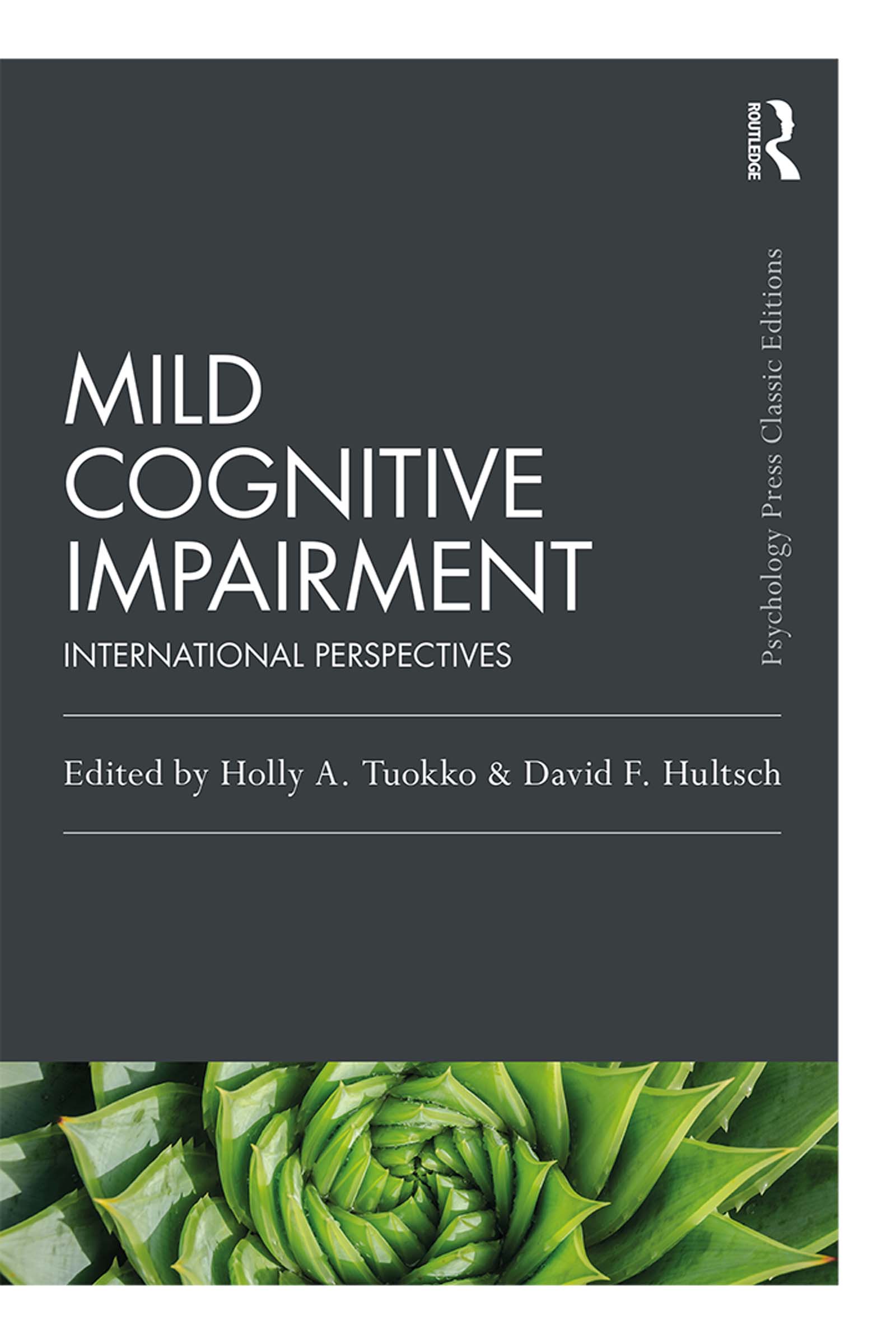 The Classic Edition of this foundational text includes a new preface from Holly A. Tuokko, examining how the field of Mild Cognitive Impairment (MCI) has developed since first publication. Bringing together research from multiple studies and perspectives from various countries, the volume identifies MCI as an important clinical transition between normal aging and the early stages of Alzheimer's disease (AD).

The up-to-date preface highlights the expansion in research, examining the benefits of various pharmacological, cognitive and behavioral approaches to intervention. Influenced by recent findings in neuroplasticity across the lifespan, the book recognizes the importance of intervention at the earliest stages of the decline trajectory. It revisits the contested diagnostic approaches for MCI as well as the varying prevalence of MCI internationally, yet points to the need for further longitudinal studies to fully understand the condition.

Mild Cognitive Impairment continues to provide a comprehensive resource for clinicians, researchers and students involved in the study, diagnosis, treatment and rehabilitation of people with MCI.

"This valuable volume brings the kind of broad perspective to mild cognitive impairment that has long been needed. Rather than basing conclusions on a single sample or framework, the editors have pulled together articles from leading research groups around the world. This is the kind of comprehensive approach that is needed for developing systematic and valid definitions of MCI and identifying better tools that make it possible to differentiate between benign memory changes in later life and the early signs of pathological processes." - Steven H. Zarit, Department of Human Development and Family Studies, The Pennsylvania State University, USA

"This volume provides the most comprehensive overview of mild cognitive impairment currently available. The conceptual and methodological challenges for studying MCI are tackled with rigor, and the complexities of defining the syndrome are not underestimated. This book is certain to become a classic text for those studying or researching cognitive agin, MCI and dementia, and for clinicians seeking an authoritative reference on the clinical manifestations of MCI." - Kaarin J. Anstey, Centre for Mental Health Research, Australian National University, Australia

"The editors of this book have done a great job. The description of the issues is laid out in a well-written introduction, making the descriptions of the research papers very accessible, even to the less well-informed reader. The conclusion likewise pulled together the various strands, including defining what still needs to be done to further refine the concept of MCI." - Graham A. Jackson, Laverndale Hospital, Scotland. In Dementia, August, 2008

From the series editor

Introduction to the Classic Edition

HOLLY A. TUOKKO AND IAN MCDOWELL

3 Cognitive impairment in elderly persons without dementia: Findings from the Kungsholmen Project

4 Population levels of mild cognitive impairment in England and Wales

7 A perspective from the Mayo Clinic

9 Studies in the Leipzig Memory Clinic: Contribution to the concept of mild cognitive impairment

13 The future of mild cognitive impairment

Holly A. Tuokko was a Professor in the Department of Psychology and Institute on Aging and Lifelong Health at the University of Victoria. She was awarded Senior Investigator status through the Canadian Institutes of Health Research, Institute of Aging (2002–2007), for her program of research on mental health and aging.

was a Professor of Psychology at the University of Victoria from 1984 onward, with a major research focus on cognition and aging. He was a founder of the journal Aging, Neuropsychology, and Cognition, serving as co-editor for 10 years.

The Psychology Press & Routledge Classic Editions series celebrates a commitment to excellence in scholarship, teaching, and learning within the field of Psychology and related areas. The books in this series are widely recognized as timeless classics, of continuing importance for both students and researchers. Each title contains a completely new introduction which explores what has changed since the books were first published, where the field might go from here and why these books are as relevant now as ever. Written by recognized experts, and covering core areas of the subject, the Psychology Press & Routledge Classic Editions series presents fundamental ideas to a new generation.