Molecular Bio-Sensors and the Role of Metal Ions

Molecular Bio-Sensors and the Role of Metal Ions

Volume 23, entitled Molecular Bio-Sensors and the Role of Metal Ions, of the series Metal Ions in Life Sciences (MILS) represents a milestone of contemporary progress and understanding of molecular bio-sensors for metal ions. It is bringing together the latest research in academia and industry, and it also emphasizes the spectrum of evolving regulations from regulatory bodies. This vibrant research area is covered by 31 internationally recognized experts. The impact of MILS-23 is manifested by more than 1300 references and close to 200 figures, more than 100 of them in color; further information is summarized in several tables. In conclusion, Volume 23 significantly advances our understanding of Molecular Bio-Sensors, it is therefore an essential resource for scientists working in the wide range from earth sciences, material sciences, physics, pharmacology, enzymology, analytical, organic, and inorganic biochemistry all the way through to medicine including the clinic.

• It provides an understanding of the roles that metals play in living systems.

• It offers an insight for the demands needed in the clinic.

• It reveals the interplay between bio-sensors and therapies.

The Series METAL IONS IN LIFE SCIENCES increases our understanding of the relationship between the chemistry of metals and life processes. The volumes reflect the interdisciplinary nature of Biological Inorganic Chemistry and coordinate the efforts of researchers in fields like biochemistry, inorganic chemistry, coordination chemistry, molecular and structural biology, enzymology, toxicology, environmental chemistry, biophysics, pharmacy, and medicine. The volumes deal with the formation, stability, structure, and reactivity of metal-containing biological compounds of low and high molecular weight. The metabolism and transport of metal ions and their complexes as well as new models of complicated natural structures and processes are in the focus. Consequently, the volumes are an essential source for researchers in the mentioned fields as well as for teachers preparing courses, e.g., in Bioinorganic Chemistry.

Fluorescent Bio-Sensors for Manganese(II) and Iron(II)

Chemo- and Bio-Sensors for Copper Ions

Molecular Bio-Sensors and the Biological and Biomedical Activities of Vanadium

Astrid Sigel has studied languages; she was an Editor of the Metal Ions in Biological Systems (MIBS) series (until Volume 44) and also of the Handbook on Toxicity of Inorganic Compounds (1988), the Handbook on Metals in Clinical and Analytical Chemistry (1994; both with H.G. Seiler and H.S.), and Handbook on Metalloproteins (2001; with Ivano Bertini and H.S.). She is also an Editor of the MILS series from Volume 1 on, and she has co-authored more than 50 papers on topics in Bioinorganic Chemistry.

Helmut Sigel is Emeritus Professor (2003) of Inorganic Chemistry at the University of Basel, Switzerland. He is a Co-editor of the series Metal Ions in Biological Systems (1973–2005; 44 volumes) as well as of the Sigels’ new series Metal Ions in Life Sciences (since 2006). He has also co-edited three handbooks and published over 350 articles on metal ion complexes of nucleotides, amino acids, coenzymes, and other bio-ligands. Together with Ivano Bertini, Harry B. Gray, and Bo G. Malmstrom, he founded (1983) the International Conferences on Biological Inorganic Chemistry (ICBICs). He has lectured worldwide and was named Protagonist in Chemistry (2002) by Inorganica Chimica Acta (issue 339). Among Endowed Lectureships, appointments as Visiting Professor (e.g., Austria, China, Japan, Kuwait, UK), and further honors, he received the P. Ray Award (Indian Chemical Society, of which he is also a Honorary Fellow), the Alfred Werner Award (Swiss Chemical Society), and a Doctor of Science honoris causa degree (Kalyani University, India). He is also a Honorary Member of SBIC (Society of Biological Inorganic Chemistry).

Eva Freisinger is Associate Professor for Bioinorganic Chemistry and Chemical Biology (2018) at the Department of Chemistry at the University of Zurich, Switzerland. She obtained her doctoral degree (2000) from the University of Dortmund, Germany, working with Bernhard Lippert and spent 3 years as a postdoc at SUNY Stony Brook, New York, with Caroline Kisker. Since 2003, she performs independent research at the University of Zurich, where she held a Forderungsprofessur of the Swiss National Science Foundation from 2008 to 2014. In 2014, she received her Habilitation in Bioinorganic Chemistry. Her research is focused on the study of plant metallothioneins with an additional interest in the sequence-specific modification of nucleic acids. Together with Roland Sigel, she chaired the 12th European Biological Inorganic Chemistry Conference (2014 in Zurich, Switzerland) as well as the 19th International Conference on Biological Inorganic Chemistry (2019 in Interlaken, Switzerland). She also serves on a number of Advisory Boards for international conference series; since 2014, she is the Secretary of the European Biological Inorganic Chemistry Conferences (EuroBICs), and is currently co-Director of the Department of Chemistry. She joined the group of Editors of the MILS series from Volume 18 on.

Roland K. O. Sigel is Full Professor (2016) of Chemistry at the University of Zurich, Switzerland. In the same year, he became Vice Dean of Studies (B.Sc./M.Sc.), and in 2017, he was elected Dean of the Faculty of Science. From 2003 to 2008, he was endowed with a Forderungsprofessur of the Swiss National Science Foundation, and he is the recipient of an ERC Starting Grant 2010. He received his doctoral degree summa cum laude (1999) from the University of Dortmund, Germany, working with Bernhard Lippert. Thereafter, he spent nearly 3 years at Columbia University, New York, with Anna Marie Pyle (now Yale University). During the 6 years abroad, he received several prestigious fellowships from various sources, and he was awarded the EuroBIC Medal in 2008 and the Alfred Werner Prize (SCS) in 2009. From 2015 to 2019, he was the Secretary of the Society of Biological Inorganic Chemistry (SBIC), and since 2018, he is the Secretary of the International Conferences on Biological Inorganic Chemistry (ICBICs). His research focuses on the structural and functional role of metal ions in ribozymes, especially group II introns, regulatory RNAs, and on related topics. He is also an Editor of Volumes 43 and 44 of the MIBS series and of the MILS series from Volume 1 on.

The sensing of metals and use of metals as sensors are very important topics in the Life Sciences.

At least 10 metals are essential in the human body. Their distribution, oxidation states, coordination numbers, coordination geometries, and ligand types, are carefully controlled to suit their functions, be they charge carriers, structural control centers or triggers, redox centres, or catalysts.

Probably the biochemistry of most of them is controlled by genes and feedback loops, but we are not sure. Their special and temporal behavior needs to be mapped on timescales of nanoseconds to hours, resolutions of nanometers to meters, and concentrations of molar to picomolar and below.

Moreover, non-essential metals can also enter the body, from the environment, from medicines and from diagnostic agents. Micro-organisms may have different requirements for metals compared to humans. The symbiotic relationship of human life with over 30 trillion microbial cells in the body, cannot be overlooked.

Also a range metals have favourable useful sensing properties related to, for example, their electronic or nuclear composition, their optical and x-ray absorptions and emissions, or their radioactive emissions. In theory individual isotopes of metals need to be tracked. Heavier isotopes slow down reactions.

This volume illustrates some of the exciting advances being made in the metal-sensing field.

Regulation of the uptake, transport and activity of metals in biochemical pathways is not only important for essential metals but also for metallodrugs. The metalloid arsenic is in an effective drug for treatment of promyelocytic leukemia. About 250 As-regulated proteins have been identified in leukemia cells, and there is a huge family of >500 arsenic resistance regulator proteins in bacteria.

Tracking Ca2+ at micro- to milli-molar concentrations, and the structural changes it induces in proteins on a sub-millisecond timescale, is critical to understanding a variety of cellular events. The optical and magnetic probe properties of lanthanide 3+ ions, of similar size ligand (oxygen) preferences as Ca2+ find application in a wide range of biosensors. Gd3+, for example. can modulate the relaxation of protons creating contrast in magnetic resonance imaging (MRI), even on a submillimetre scale for studies of cellular organisation in tissues.

Remarkable is a Tb3+-specific biosensor based on the recently discovered bacterial protein lanmodulin which binds lanthanide ions with picomolar affinity. Interestingly, Er3+ complexes can be designed which upconvert infrared radiation to red and green emissions.

Riboswitches which control gene expression by transcriptional or translational attenuation can be adapted as biosensors for Fe2+ and Mn2+ within the range of concentrations maintained by metalloregulators. Turn-on emissive probes for Zn2+ can sense free zinc ions released during apoptosis, and Cu2+ sensors for understanding the subcellular compartmentalization and roles of copper. Importantly fluorescence biosensors can distinguish between Zn2+ and Cd2+.

Biosensors for ubiquitous metals such as vanadium are likely to provide insight into their potentially essential physiological roles, not only in the body, but also in micro-organisms.

There is perhaps no more important area than sensing and understanding the roles of metals in the brain. Neuroscience has traditionally been to territory of only organic chemistry. Metal biosensing is now beginning to reshape that landscape. 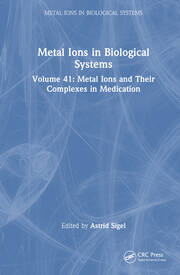 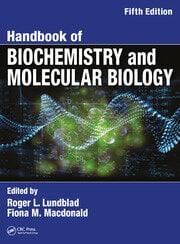 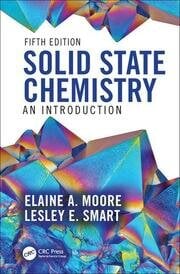