This book correlates the vast genetic diversity associated with environmental samples and still underexploited potential for the development of biotechnology products. The book points out the potential of different types of environmental samples. It presents the main characteristics of microbial diversity, the main approaches used for molecular characterization of the diversity, and practical examples of application of the exploration of the microbial diversity. It presents a not-yet-explored structure for discussing the main topics related to molecular biology of environmental prokaryotes and their biotechnological applications.

earned a BS in microbiology at the Federal University of Rio de Janeiro (2004) and an MS in environmental biotechnology at the Department of Microbiology, Immunology, and Parasitology, Federal University of Santa Catarina (2005). He began his academic career at the Institute of Microbiology Professor Paulo de Góes (IMPPG). He returned to Rio de Janeiro for a PhD in genetics at the Institute of Biology, UFRJ (2011). Part of his doctorate was completed at San Diego State University (SDSU). His research interests include the molecular diversity of microorganisms as it reveals an extraordinary repertoire of functions. His PhD focused on microbial communities associated with environmental samples from biomes such as the Atlantic Rain Forest and the Abrolhos Reef Bank. His thesis received the national level CAPES Theses Award 2012 from the Ministry of Education, Brazil. Presently he is one of the Young Scientists of the State of Bahia (awarded by the Foundation to Support Research in the State of Bahia), and his study focuses on the characteristics of the diversity of microbial communities associated with the caatinga biome. For this, dependent and independent cultivating methods, such as metagenomics (shotgun and amplicon), have been used to identify the biotechnological potential of its genetic repertoire. Microbial strains and genes are prospected to be used in genetic engineering experiments, focusing on strategies for converting lignocellulosic material. He has published a dozen scientific works, including periodicals and books, in collaboration with 100 contributors from various parts of the world. He is a professor of the master’s program in bioenergy at the School of Technology and Sciences and postgraduate program in biotechnology at the Federal University of Bahia, where he teaches courses related to applied molecular microbiology. Outside academia, he loves to cook and listens to rock and samba. Also, he enjoys being in touch with nature and his family and friends.

earned a BS in microbiology and immunology (2000) at the Federal University of Rio de Janeiro (UFRJ), Rio de Janeiro, Brazil. He earned master’s (2003) and PhD (2009) degrees in genetics at UFRJ, working with the symbiotic system between the Teredinidae family of wood-burrowing molluscs (shipworm) and the gamma-proteobacterial symbionts of the Teredinibacter clade, in the laboratory of Professor Dr. Carlos Soares. For 2006 to 2008, Dr. Amaro earned a scholarship from the Brazilian fellowship institution National Council for Scientific and Technological Development (CNPq) to work as a visiting PhD student in the laboratory of Professor Dr. Margo Haygood at the Oregon Health and Science University, Portland, Oregon. During this groundbreaking experience, he was involved in the research area of natural products and drug discovery, which is now his major research interest. From 2010 to 2012, Dr. Amaro was a postdoctoral candidate at the University of São Paulo (São Paulo, Brazil), under the supervision of Professors Dr. Roberto Berlinck and Dr. Fabiano Thompson. During this period, he developed skills on metagenomics, working with marine invertebrate microbiomes. With more than a dozen of articles published in scientific journals and extensive experience in the field of genetics, genomics, metagenomics, and microbial ecology, Dr. Amaro is a professor of the graduate program on pharmacology at the Federal University of Ceará, Brazil. His group is based at the Laboratory of Biotechnology and Marine Bioprospecting (LaBBMAR; http://www.labbmar.ufc.br/), the Drug Development Building, Center for Research and Drug Development (NPDM), and his CNPq-granted projects concern the genetics of marine invertebrates—microorganisms symbiotic systems for mining microbial natural products biosynthetic gene clusters (BGCs). Outside academia, Professor Amaro enjoys listening and playing Brazilian music, such as samba, chorinho, and forró, and he can often been seen drumming his tamborim or other musical instruments with his friends. 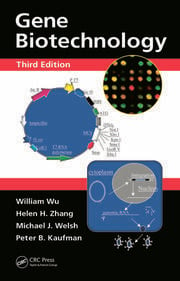 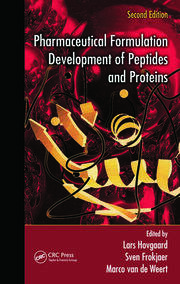