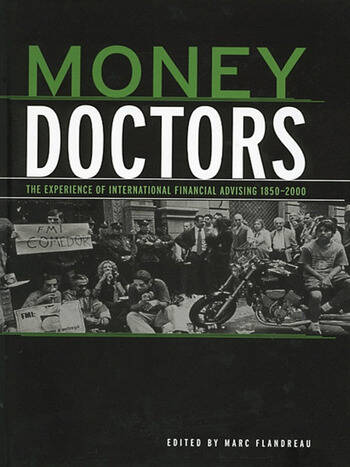 The book brings together internationally respected specialists from economics, history and political science such as Harold James, Louis Pauly and Kenneth MourĂ©. First providing a short history of money doctors, the book then goes on to cover such themes as:
*the IMF and policy advice
*the Russian experience
*contemporary money doctors.
The book shows that there is still a long way to go before international financial advice develops into something that is truly helpful in the long term.

1. Crises and Punishment: Moral Hazard and the Pre-1914 International Financial Architecture  2. Money Doctors between the Wars: The Competition between Central Banks, Private Financial Advisers, and Multilateral Agencies, 1919-1939  3. Who Owns 'Ownership'?: The IMF and Policy Advice since 1945  4. Who Lost Russia in 1998?  5. French Money Doctors, Central Banks and Politics in the 1920s  6. Chile's Monetarist Money Doctors, 1850-1988  7. Advising, Conditionality, culture: Money Doctors in Bulgaria, 1900-2000  8. Money Talks': Competition and Co-operation with the League of Nations, 1929-1940  9. The Southern Side of 'Embedded Liberalism': America's Unorthodox Money Doctoring during the Early Post-1945 Years  10. New Therapies from Contemporary Money Doctors: The Evolution of Structural Conditionality in the Bretton Woods Institutions