Criminal justice systems are complex and difficult to design and operate. This is due to their many interacting parts, and their dynamic and probabilistic nature, as well as their interfaces with other systems. This book reviews the use of analytics to address issues in criminal justice system and discusses the various sources of data associated with the systems.

This book will be of interest to faculty, students, and researchers in schools/departments of criminal justice, law, public affairs, political science, industrial engineering, and management. In addition, the book should be of use to government analysts who study the effects of criminal programs and laws.

Gerald W. Evans is Professor Emeritus in the Department of Industrial Engineering at the University of Louisville (UL). His research and teaching interests lie in the areas of multiciteria decision analysis, simulation modeling and analysis, optimization, logistics and project management.

Previous positions include Industrial Engineer for the Department of the Army, and Senior Research Engineer for General Motors Research Laboratories. He has also served as an ASEE Faculty Fellow at NASA's Langley Research Center and Kennedy Space Center.

Dr. Evans has served as Principal Investigator or Co-Principal Investigator on over $5 million of funded research from organizations such as the National Science Foundation, the Defense Logistics Agency, NASA, the National Institute for Hometown Security, Louisville Metro Government, General Electric, and United Parcel Services among other organizations. In addition, he has done consulting work in the areas of simulation modeling and analysis, project management, and economic analysis for a variety of organizations.

He has published approximately 100 papers in various journals and conference proceedings. His paper: "An Overview of Techniques for Solving Multiobjective Mathematical Programs," published in 1984 was listed as one of the most cited publications in Management Science over the last 50 years (from the 2004 commemorative CD: Celebrating 50 years of Management Science, INFORMS Publication). In addition, his co-authored paper: S.J. Ellspermann, G.W. Evans, and M. Basadur, "The Impact of Training on the Formulation of Ill Structured Problems," Omega 35:2, pp. 221-236, April 2007 received the 12th Annual Citation of Excellence Award as one of the top 50 management articles out of 15,000 articles published in 2007 (Emerald Management Reviews), 2008.

In addition, he has directed or co-directed the research of approximately 90 masters’ students and 20 doctoral students while at the University of Louisville.

Dr. Evans has received the Fellow Award and the Operations Research Division Award from Institute of Industrial and Systems Engineering, the Moving Spirit Award from INFORMS for his work with the UL INFORMS Student Chapter, the Dean's Award for Outstanding Graduate Teaching; and he was a University of Louisville nominee for Outstanding Faculty of Adult Learners for Kentukiana Metroversity Inc. He is listed in American Men and Women of Science, Who's Who in Engineering, and Who's Who in America.

"The book comprehensively covers the application of multi criteria decision making approaches to the different areas of criminal justice system. The book seems to be very well written with real world examples, a great reference book for scholars in the fields of criminal justice, industrial engineering, operations research, and mathematics. I will certainly recommend the book to our university library."

"This book provides clear and comprehensive coverage on the use of decision analytics to evaluate and improve decision making within the complex criminal justice system.

Dr. Jerry Evans’ writing style, in-depth research, and organized presentation make this book a "must read" for anyone looking to learn more about how our justice system operates and about how better decisions can be made through the application of multi-objective decision techniques. The book offers countless examples and straightforward explanations, and as such, should be of interest to wide range of readers."

"Criminal Justice has become a topic of great interest, especially in the past few years. This book shows how industrial engineering tools can be applied to an important societal problem and help policy makers make sound decisions."

"Focusing on the issues of bail reform, prison privatization, "get tough" policies and reintegration of ex-offenders, the author shows how the objective analysis of data can yield more effective policies than a mountain of politically tinged rhetoric or emotional anecdotes. Prof. Evans swells the chorus of researchers seeking to replace our tendency to periodically see-saw from overly harsh to overly lenient policies with practices based on data-driven pragmatism. His book contributes to a noble endeavor with the potential to save not only misspent dollars but misspent lives." 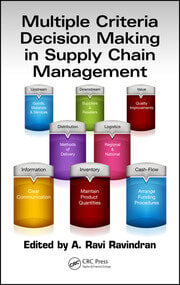 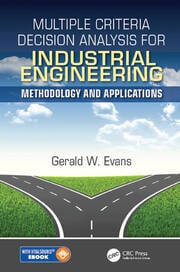