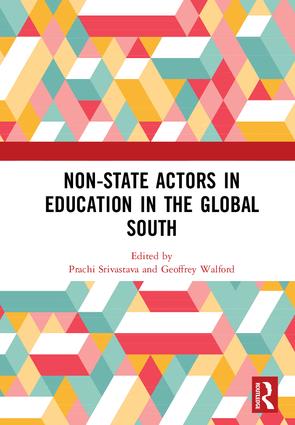 Non-State Actors in Education in the Global South

Fuelled by social equity concerns, there have been vigorous debates on the appropriateness of certain non-state actors, particularly those with commercial and entrepreneurial motives, to meet universal education goals. There are further questions on the relative effectiveness of government and private schooling in delivering good learning outcomes for all.

Within this debate, several empirical questions abound. Do students from poorer backgrounds achieve as well in private schools as their advantaged peers? What are the relative out-of-pocket costs of accessing private schooling compared to government schooling? Is fee-paying non-state provision ‘affordable’ to the poorest households? What is the nature of the education market at different levels? What are the relationships between different non-state actors and the state, and how should they conduct themselves? The chapters in this volume present new empirical evidence and conduct critical analysis on some of these questions.

This book was originally published as a special issue of the Oxford Review of Education.

2. Is there a private schooling market in poor neighbourhoods in Maputo, Mozambique? Exploring the role of the non-state education sector Joanna Härmä

4. How are private school enrolment patterns changing across Indian districts with a growth in private school availability? Amita Chudgar and Benjamin Creed

7. Non-state actors, and the advance of frontier higher education markets in the global south Susan L. Robertson and Janja Komljenovic

8. Towards a human rights framework to advance the debate on the role of private actors in education Sylvain Aubry and Delphine Dorsi

Prachi Srivastava is Associate Professor in Education and International Development at the University of Western Ontario, Canada, Adjunct Professor, School of International Development, University of Ottawa, Canada, and Senior Visiting Fellow at the University of Sussex, UK. She has been conducting research on non-state private actors in education in the Global South for more than 15 years, and is credited as coining the term, ‘low-fee private schools’. She has published widely on global education policy, low-fee private schooling, and privatisation and the right to education.

is Emeritus Professor of Education Policy at the University of Oxford, UK. He has authored or edited more than 30 books on education policy, private education and ethnography, and published many articles and book chapters. He has been Editor of the British Journal of Educational Studies and the Oxford Review of Education, and remains Deputy Editor of Ethnography and Education.