Particles, Fields, Space-Time: From Thomson's Electron to Higgs' Boson explores the concepts, ideas, and experimental results that brought us from the discovery of the first elementary particle in the end of the 19th century to the completion of the Standard Model of particle physics in the early 21st century.

The book concentrates on disruptive events and unexpected results that fundamentally changed our view of particles and how they move through space-time. It separates the mathematical and technical details from the narrative into focus boxes, so that it remains accessible to non-scientists, yet interesting for those with a scientific background who wish to further their understanding. The text presents and explains experiments and their results wherever appropriate.

This book will be of interest to a general audience, but also to students studying particle physics, physics teachers at all levels, and scientists with a recreational curiosity towards the subject.

Chapter 9. The Standard Model of Matter and Forces

Martin Pohl is a professor emeritus at University of Geneva. He started working on particle physics with the Gargamelle neutrino experiment at CERN in the 1970s. Later, he experimented at the colliders PETRA (DESY, Hamburg Germany), LEP and LHC (CERN, Geneva Switzerland), before turning to astroparticle physics in space. He has been the director of the department for nuclear and particle physics (DPNC) at University of Geneva and head of the physics department. Until his retirement in 2017, he led the Geneva team working on the cosmic ray observatory AMS installed on the International Space Station since 2011. He is the author of a text book on particle physics, as well as the main author of two introductory online courses on the same subject.

"In this brief book Pohl (emer., Univ. of Geneva) provides a broad, fast-moving mix of particle physics theory, experiment, and history suitable for a wide range of interested readers. At the same time, the book will be a stimulating resource for instructors. Chapter 6 ("War-Time Physics") captures a pivotal period in modern physics and discusses how modern particle physics, more than any other subdiscipline of physics, inherits the full weight of the concerns, responsibility, and guilt of that time. Also noteworthy is chapter 8 ("Enabling Technologies"), a brief but informed perspective on experimental techniques. This chapter features an unusual section on failed projects, a subject almost universally ignored in scientific history.
Technical discussions and equations are enclosed in focus boxes in most chapters, and therefore do not interrupt the flow of the text. The longest chapters, appropriately enough, are chapters 5 and 9 (respectively, "Quanta" and "The Standard Model of Matter and Forces"). A final chapter ("Pushing the Boundaries") addresses contemporary research on dark matter, dark energy, and quantum gravity. This is a good book that can appeal to many different audiences, containing some unusual material not easily found elsewhere.
Summing Up: Highly recommended. Lower- and upper-division undergraduates. Graduate students, faculty, and professionals. General readers."

"Martin Pohl packs a century of particle physics between two book covers. Particles, Fields, Space-Time: From Thomson's Electron to Higgs' Boson - this is the title of the 300-page book recently presented by Martin Pohl. The author brings a lifetime of passionate research and university teaching into this work. The wide-ranging knowledge of an academic career gives the book weight and defines its claim…Anyone who wants to deal intensively with a good century of particle physics research will be offered an extremely detailed overview by Martin Pohl, which includes social references and reflections on the history of science…The book chooses the discovery of the electron in the late 19th century as its pivotal point. This major scientific achievement marks the beginning of particle physics as a new fundamental discipline and at the same time the beginning of the momentous triumph of electronics, as Martin Pohl aptly notes. The author introduces the theory of relativity and quantum mechanics as well as their later connection to quantum field theory, and he traces the steps that led to the Standard Model of particle physics in the 1960s and early 1970s… In his book, Pohl not only provides a detailed account of the Standard Model, but also discusses the research approaches that are working towards physics beyond the Standard Model…Martin Pohl's book is also written in English, and that is quite typical for particle physics, whose research community has left national borders behind like hardly any other. A bibliography and a keyword index form the helpful conclusion of Pohl's account."

"The intended readership is defined by the author as "someone who has a background in physics, at least in classical physics", maybe "has not followed particle physics for a while" and "is looking for input in his or her own teaching at whatever level, or just for intellectual stimulus". Much of this is true. For many colleagues and students in physics (the author of this review fulfils every criterion of the target readership). Another key feature of the book emphasized by the author is that it strongly takes historical background into account, due to his shared experience that this may increase "student interest by giving a human touch to an otherwise rather abstract matter"… the book has a twofold structure with a mainly conceptual and historical main text, and almost 80 focus boxes providing more "technical" background, most often on a more advanced mathematical level. Throughout the book, Martin Pohl succeeds in providing deep insight also on the conceptual level, a main achievement of his book in particular in view of an interested, but non-specialist readership, or of colleagues in search of insightful explanations for their teaching.

Beyond its depth, breadth and inclusion of historical aspects, there is another key feature of the book I found very interesting: the very close treatment of experiments, alongside with the theory and the technology behind them...[it] contains a very stimulating bibliography of almost 700 references, including pioneering papers, reviews, popular, historical, philosophical and political accounts, and more - one sees how a lifetime of thought has gone into the book." 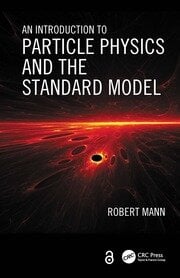 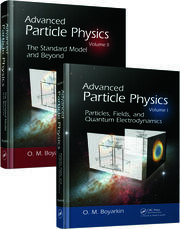 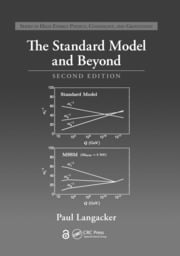