Written by pioneering researchers, Physical Layer Security in Wireless Communications supplies a systematic overview of the basic concepts, recent advancements, and open issues in providing communication security at the physical layer. It introduces the key concepts, design issues, and solutions to physical layer security in single-user and multi-user communication systems, as well as large-scale wireless networks.

Presenting high-level discussions along with specific examples, illustrations, and references to conference and journal articles, this is an ideal reference for postgraduate students, researchers, and engineers that need to obtain a macro-level understanding of physical layer security and its role in future wireless communication systems.

Xiangyun Zhou is a Lecturer at the Australian National University. He received the B.E. (hons.) degree in electronics and telecommunications engineering and the Ph.D. degree in telecommunications engineering from the ANU in 2007 and 2010, respectively. From June 2010 to June 2011, he worked as a postdoctoral fellow at UNIK - University Graduate Center, University of Oslo, Norway. His research interests are in the fields of communication theory and wireless networks, including MIMO systems, relay and cooperative communications, heterogeneous and small cell networks, ad hoc and sensor wireless networks, physical layer security, and wireless power transfer. Dr. Zhou serves on the editorial boards of Security and Communication Networks (Wiley) and Ad Hoc & Sensor Wireless Networks. He was the organizer and chair of the special session on "Stochastic Geometry and Random Networks" in 2013 Asilomar Conference on Signals, Systems, and Computers. He has also served as the TPC member of major IEEE conferences. He is a recipient of the Best Paper Award at the 2011 IEEE International Conference on Communications.

Lingyang Song is a Professor at Peking University, China. He received his PhD from the University of York, UK, in 2007, where he received the K. M. Stott Prize for excellent research. He worked as a postdoctoral research fellow at the University of Oslo, Norway, and Harvard University, until rejoining Philips Research UK in March 2008. In May 2009, he joined the School of Electronics Engineering and Computer Science, Peking University, China, as a full professor. His main research interests include MIMO, OFDM, cooperative communications, cognitive radio, physical layer security, game theory, and wireless ad hoc/sensor networks. He is co-inventor of a number of patents (standard contributions), and author or co-author of over 100 journal and conference papers. He is the co-editor of two books, "Orthogonal Frequency Division Multiple Access (OFDMA)-Fundamentals and Applications" and "Evolved Network Planning and Optimization for UMTS and LTE", published by Auerbach Publications, CRC Press, USA. Dr. Song received several Best Paper Awards, including one in IEEE International Conference on Wireless Communications, Networking and Mobile Computing (WiCOM 2007), one in the First IEEE International Conference on Communications in China (ICCC 2012), one in the 7th International Conference on Communications and Networking in China (ChinaCom2012), and one in IEEE Wireless Communication and Networking Conference (WCNC2012). Dr. Song is currently on the Editorial Board of IEEE Transactions on Wireless Communications, Journal of Network and Computer Applications, and IET Communications. He is the recipient of 2012 IEEE Asia Pacific (AP) Young Researcher Award.

Yan Zhang received a Ph.D. degree from Nanyang Technological University, Singapore. Since August 2006 he has been working with Simula Research Laboratory, Norway. He is currently a senior research scientist at Simula Research Laboratory. He is an associate professor (part-time) at the University of Oslo, Norway. He is a regional editor, associate editor, on the editorial board, or guest editor of a number of international journals. He is currently serving as Book Series Editor for the book series on Wireless Networks and Mobile Communications (Auerbach Publications, CRC Press, Taylor & Francis Group). He has served or is serving as organizing committee chair for many international conferences, including AINA 2011, WICON 2010, IWCMC 2010/2009, BODYNETS 2010, BROADNETS 2009, ACM MobiHoc 2008, IEEE ISM 2007, and CHINACOM 2009/2008. His research interests include resource, mobility, spectrum, energy, and data management in wireless communications and networking. 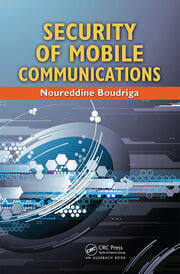 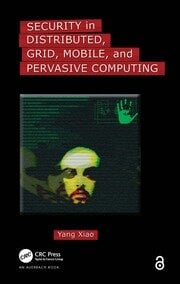 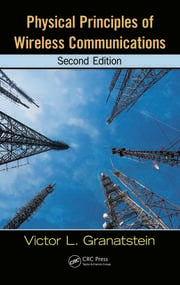