Physics of the Invisible Sun
Instrumentation, Observations, and Inferences

Physics of the Invisible Sun: Instrumentation, Observations, and Inferences

Physics of the invisible Sun: Instrumentation, Observations, and Inferences provides a new updated perspectives of the dramatic developments in solar physics mainly after the advent of the space era. It focusses on the instrumentation exploiting the invisible windows of the electromagnetic spectrum for observing the outer, fainter layers of the Sun. It emphasizes on the several technical and observational challenges and proceeds to discuss the discoveries related to energetic phenomena occurring in the transition region and corona.

The book begins with giving a brief glimpse of the historical developments during the pre-, and post-telescopic periods of visible and spectroscopic techniques, ground-based optical and radio observing sites. Various types of telescopes and back-end instrumentation are presented based on photometry, spectroscopy, and polarimetry using the Zeeman and Hanle effects for measurement of magnetic fields, and Doppler effect for radial velocity measurements.

The book discusses theoretical and observational inferences based on detection of solar neutrinos, and helioseismology as the probes of the hidden solar interior, and tests of solar standard models. The characteristic properties and observational signatures of global solar p- and g-oscillations modes, developments in local helioseismology and asteroseismology are discussed. The role of the solar magnetic field and differential rotation in the activity and magnetic cycles, prediction methodologies, and dynamo models are described.

Observing the Sun in IR at the longer, and the UV, EUV, XUV, X-rays, and gamma-rays at the shorter wavelengths are covered in detail. Observational challenges at each of these wavelengths are presented followed by the instrumentation for detection and imaging that have resulted in enhancing the understanding of various solar transient phenomena, such as, flares and CMEs.

The outer most corona is described as a dynamic, expanding component of the Sun from the theoretical and observational perspectives of the solar wind. It then discusses the topics of the Interplanetary magnetic field, slow and fast solar wind, interaction with magnetised and non-magnetised objects of the solar system, the space weather and the physics of the heliosphere. The chapter on the future directions in solar physics presents a brief overview of the new major facilities in various observing windows, and the future possibilities of observing the Sun from ground and vantage locations in space.

Systematic overview of the developments in instrumentation, observational challenges and inferences derived from ground-based and space-borne solar projects.

Advances in the understanding about the solar interior from neutrinos and helioseismology.

This book may serve as a reference book for scientific researchers interested in multi-wavelength instrumentation and observational aspects of solar physics. It may also be used as a textbook for a graduate-level course.

Prof. Ashok Ambastha obtained his B. Sc. in 1972, M. Sc. in 1974 from Pt. Ravishankar University, Raipur, and was awarded his Ph. D. degree in 1981 on his research in galactic dynamics at the Physical Resarch Laboratory (PRL), Ahmedabad (India). Thereafter, he pursued post-doctoral research on plasmas trapped in magnetic mirrors. Prof. Ambastha joined Udaipur Solar Observatory (USO), PRL, Department of Space, Government of India, as a Research Associate in July 1983. He extensively contributed to the formulation and consolidation of USO's scientific programmes serving at various academic positions, superannuating as Senior Professor in 2014, but continues as Honorary Scientist. His research experience spans over 40 years in Plasma Physics, Galactic Astrophysics and Solar Physics. He has worked at the Solar Physics Group, NASA Marshall Space Flight Center, Huntsville (USA) during 1992-1994 as an NRC-Senior Resident Research Associate. He was a Councilor (1998-2001), and the Secretary (2004-2006) of the Astronomical Society of India (A.S.I.). He served as a Member of COSPAR-URSI-SCOSTEP committee of Indian National Science Academy, Delhi, during 2008-2012, and in the Editorial Board of "Journal of Astrophysics and Astronomy", Indian Academy of Sciences, Bengaluru, during 2010-2016. He is a member of the International Astronomical Union, A.S.I., and the National Academy of Sciences, Allahabad. Prof. Ambastha has led several total solar eclipse expeditions to many countries for studies of the structure and polarization of the solar corona. He has over 100 research publications in reputed national and international scientific journals, and has edited 4 books/proceedings. 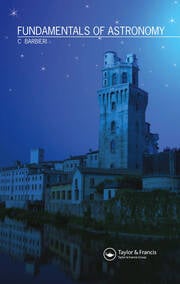 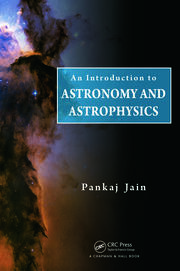