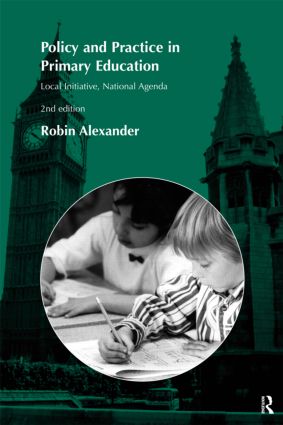 Detailed accounts of two influential initiatives of the 1990s, whose educational and political lessons remain highly relevant: systemic and pedagogic reform in one of Britain’s largest cities, and the controversial ‘three wise men’ government enquiry into primary teaching to which it led.

Alexander's controversial and widely-read report on primary education in Leeds has now been revised as a major study of policy initiatives in primary education and their impact on practice. The book examines an ambitious programme of local reform aimed at improving teaching and learning in the primary schools of one of Britain's largest cities. It addresses important questions about children's needs, the curriculum, classroom practice and school management. When first published, Robin Alexander's report was hailed as `seminal' and `the most important document since Plowden' but it was also quoted and misquoted in support of widely opposed political and media agendas. This new edition retains Part I from the first edition, detailing the impact of Leeds LEA's programme for educational reform. However, it also provides a totally new and greatly extended Part II, which gives an insider's account of the sequel to the Leeds report - the government's 1992 'three wise men' report. There is also a new introduction.

`…a morality tale for our times.' - - Times Educational Supplement

`…the benchmark against which new contributions to this debate will be measured'. - - British Journal of Educational Psychology

`…a challenge which we ignore at our peril.' - - Times Educational Supplement

`Robin Alexander's published work has always provided those of us in the field of primary education with thought-provoking, challenging evidence and ideas. Policy and Practice in Primary Education is no exception.' - Journal of Education Policy (from 1st edition)