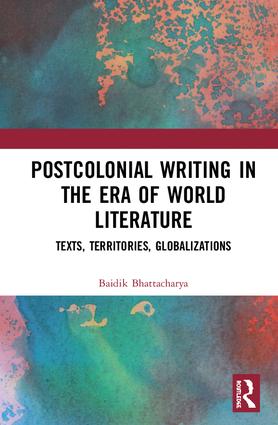 Postcolonial Writing in the Era of World Literature

Ambitious in scope, this book challenges many of the existing theoretical and literary frameworks and offers a radical reimagination of the fields. The volume, written in an accessible and lively prose, will be indispensable for scholars and researchers of literature, critical theory, postcolonial studies, cultural studies, and comparative literature.

Baidik Bhattacharya is Assistant Professor at the Department of English, University of Delhi, India. He was previously a Lecturer of English Literature at the University of Newcastle, UK (2006–10). He is the co-editor of The Postcolonial Gramsci (Routledge, 2012). His essays have appeared in Critical Inquiry, New Literary History, Boundary 2, Novel: A Forum on Fiction, Interventions, and Postcolonial Studies among other places. He also serves on the editorial board of the journal Postcolonial Studies.