Poverty and Schooling
A Special Issue of Educational Studies 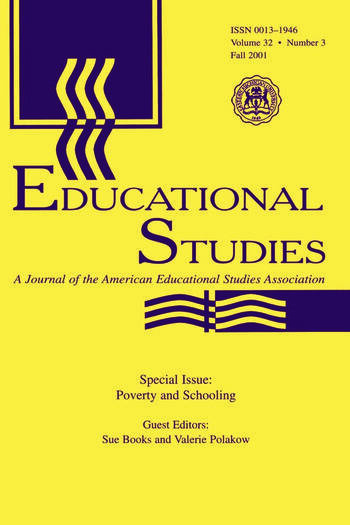 Poverty and Schooling: A Special Issue of Educational Studies

First published in 2001. Routledge is an imprint of Taylor & Francis, an informa company.