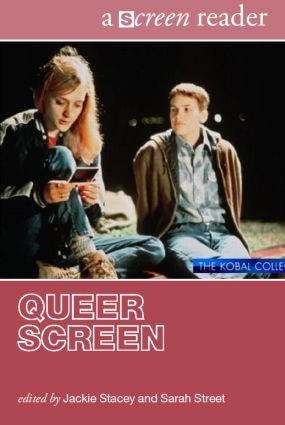 Queer Screen: A Screen Reader brings together a selection of key articles on queer cinema published over the past two decades in the internationally renowned journal, Screen, with new introductory editorial material from Jackie Stacey and Sarah Street.

Queer Screen features scholarship which has contributed to the emergence of queer theory in the field of screen studies during the last fifteen years, demonstrating how writers in Screen have contributed to developments in queer theory as it relates to a wide range of popular and experimental films and videos.

The book considers a wide range of case studies including popular films such as Boys Don’t Cry, Alien Resurrection, Brief Encounter, Bound, and Rope, as well as experimental films and videos by artists such as Richard Fung, Ulrike Ottinger, Sheila McLaughlin and Derek Jarman.

Jackie Stacey is Professor of Cultural Studies and Women's Studies in the Department of Sociology at Lancaster University. Her publications include Star Gazing: Female Spectatorship and Hollywood Cinema (1994) and Teratologies: A Cultural Study of Cancer (1997). She is co-editor of Off-Centre: Feminism and Cultural Studies (1991), Romance Revisited (1993), Screen Histories Reader (1998) and Thinking Through the Skin (2001) and co-author of Global Nature, Global Culture (2000). She has been a co-editor of Screen since 1994.

Sarah Street is Professor of Film at the University of Bristol. Her publications include Cinema and State (1985); British National Cinema (1997); British Cinema in Documents (2000); European Cinema (2000); Moving Performance: British Stage and Screen (2000); Transatlantic Crossings: British Feature Films in the USA (2002), The Titanic in Myth and Memory (2004) and Black Narcissus (2005). She has been a co-editor of Screen since 2001.