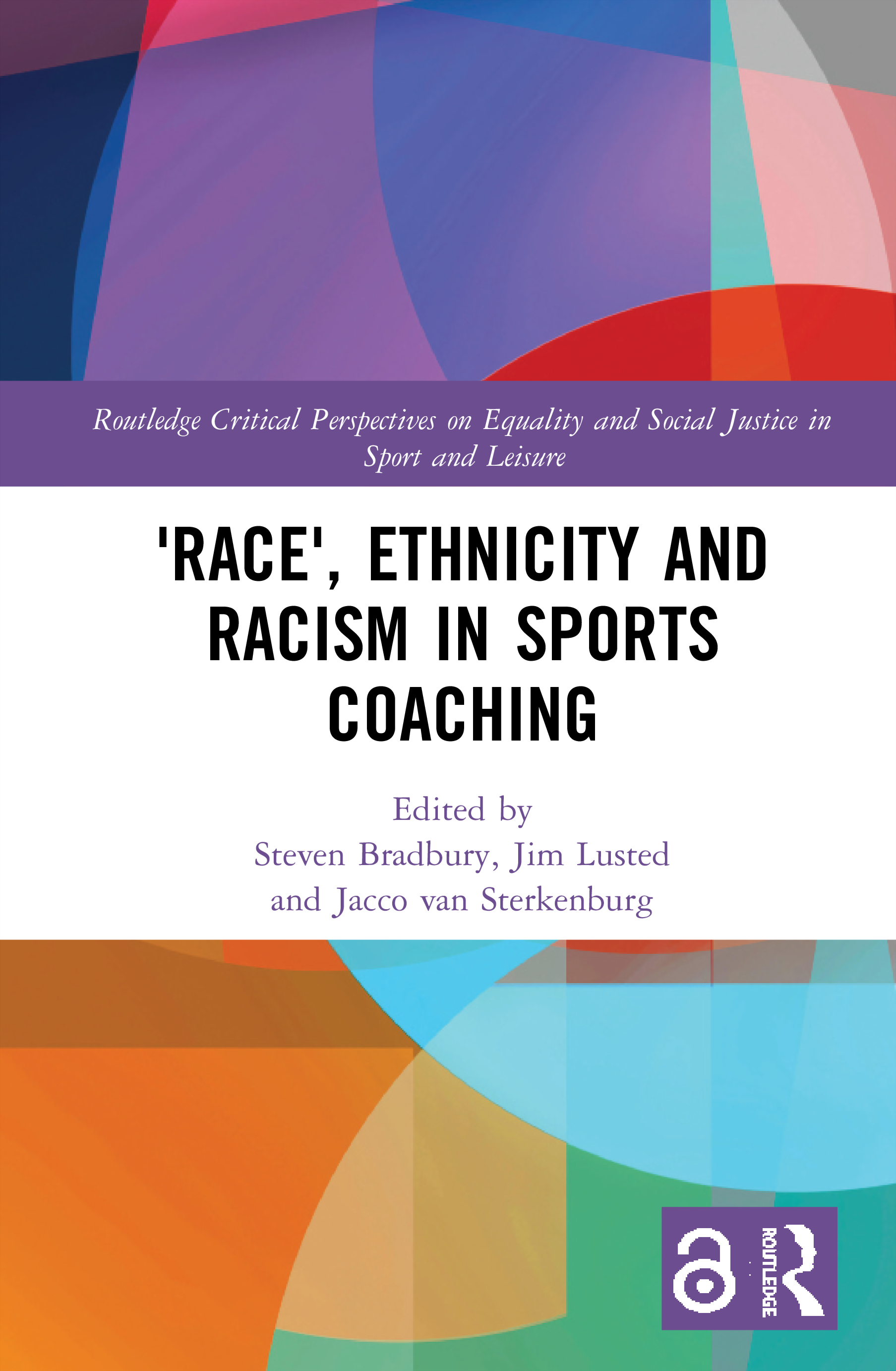 In recent years there has been a steady increase in the racial and ethnic diversity of the playing workforce in many sports around the world. However, there has been a minimal throughput of racial and ethnic minorities into coaching and leadership positions. This book brings together leading researchers from around the world to examine key questions around ‘race’, ethnicity and racism in sports coaching.

The book focuses specifically on the ways in which ‘race’, ethnicity and racism operate, and how they are experienced and addressed (or not) within the socio-cultural sphere of sports coaching. Theoretically informed and empirically grounded, it examines macro (societal), meso (organizational), and micro (individual) level barriers to racial and ethnic diversity as well as the positive action initiatives designed to help overcome them. Featuring multi-disciplinary perspectives, the book is arranged into three thematic sections, addressing the central topics of representation and racialised barriers in sports coaching; racialised identities, diversity and intersectionality in sports coaching; and formalised racial equality interventions in sports coaching.

Including case studies from across North America, Europe and Australasia, ‘Race’, Ethnicity and Racism in Sports Coaching is essential reading for students, academics and practitioners with a critical interest in the sociology of sport, sport coaching, sport management, sport development, and ‘race’ and ethnicity studies.

Part I: Representation and racialised barriers in sports coaching

1. The under-representation of racial minorities in coaching and leadership positions in the United States

2. ‘Fit for doing but not fit for organising’: Racisms, stereotypes and networks in coaching in professional football in Europe

3. Is there a glass ceiling or can racial and ethnic barriers be overcome? A study on leadership positions in professional Belgian football among African coaches

6. Finding the ‘natural’: Talent identification and racialisation in sports coaching and selection practices in Australia

7. A Freirean perspective on coaching and indigenous players’ journeys to the NRL and AFL: From freedom to oppression?

9. Beyond the Xs and Os: The representation of black college coaches

10. Transnational coaches: A critical exploration of intersections of race/ethnicity and gender

11. When the law won’t work: The US National Football League’s extra-judicial approach to addressing employment discrimination in coaching

12. Using reflexive regulation to increase the racial diversity of professional football coaching in England: the EFL voluntary code of recruitment

14. Priorities for researching ‘race’, ethnicity and racism in sports coaching and recommendations for future practice

Steven Bradbury is Lecturer in Sport, Equality and Diversity at the School of Sport, Exercise and Health Sciences, Loughborough University, UK. His research interests focus on ‘race’, ethnicity and racisms and the effectiveness of measures designed to address racialised inequalities in the playing, coaching and leadership tiers of amateur and professional football and other sports. He has been actively involved with anti-racism campaigns in football in the UK and Europe as a researcher and activist for over 25 years.

Jim Lusted is Student Experience Manager at The Open University, UK and Associate Lecturer at University of Northampton, UK. He has been researching inequalities in sport for over 15 years, focusing on the formation and implementation of equality policies in recreational sport. He has held several voluntary roles in sport including Chair of Kick It Out’s Grassroots Guidance Group and is Vice-Chair of the Northamptonshire Football Association’s Inclusion Advisory Group.

Jacco van Sterkenburg is Associate Professor at the Erasmus Research Centre for Media Communication and Culture, Erasmus University Rotterdam, the Netherlands. He is also a Visiting Research Fellow at the Mulier Institute – Dutch Centre for Social Science Research in Sport, the Netherlands. His research focuses on discourses surrounding race/ethnicity and whiteness in multi-ethnic society, with a particular focus on the case of sports, sports media, and sport management and leadership.

This series presents important new critical studies that explore and explain issues relating to social justice and equality in sport and leisure. Addressing current debates and examining key concepts such as inclusion and exclusion, (anti)oppression, neo-liberalism, resistance, merit(ocracy), and sport for all, the series aims to be a key location for scholars, students and policy makers interested in these topics.

Innovative and interrogative, the series will explore central themes and issues in critical sport and leisure studies, including: theory development, methodologies and intersectionality; policy and politics; ‘race’, ethnicity, gender, class, sexuality, disability; communities and migration; ethics and morals; and media and new technologies. Inclusive and transdisciplinary, it aims to showcase high quality work from leading and emerging scholars working in sport and leisure studies, sport development, sport coaching and PE, policy, events and health studies, and areas of sport science that consider the same concerns.