In light of the latest research from cognitive and developmental psychology, this key text explores reasoning, rationality, and democracy, considering the unique nature of each and their relationship to each other.

Broadening our understanding from the development of reasoning and rationality in individuals to encompass social considerations of argumentation and democracy, the book connects psychological literature to philosophy, law, political science, and educational policy. Based on psychological research, Moshman sets out a system of deliberative democracy that promotes collaborative reasoning, rational institutions such as science and law, education aimed at the promotion of rationality, and intellectual freedom for all. Also including the biological bases of logic, metacognition, and collaborative reasoning, Moshman argues that, despite systematic flaws in human reasoning, there are reasons for a cautiously optimistic assessment of the potential for human rationality and the prospects for democracy.

will be essential reading for all researchers of thinking and reasoning from psychology, philosophy, and education.

Collaborative Reasoning in a Logic Task

7. The Rational Construction of Rational Agency

"The Enigma of Reason"

Development Across and Beyond Childhood

Education as the Promotion of Development

Indoctrination in Curriculum and Instruction

Who Counts as a Person?

What Counts as a Reason? 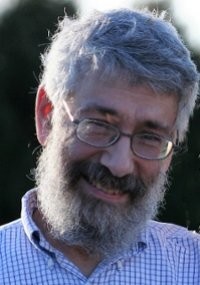 "The study of human rationality involves many moving parts of the intellectual landscape. Deep philosophical issues are in an intricate dance with several unresolved problems of human psychology. Few researchers in the area attempt to take on rationality issues as a theoretically connected whole. Instead, it is more common for researchers to burrow deeply into a single modular problem. Moshman takes the opposite approach. Not only does he take on virtually all of the moving parts, but he adds issues that are rarely integrated into standard discussions of rational thinking – issues such as the development of rational thought, collaborative thinking in argumentation, personhood, educational practice, and the foundations of deliberative democracy. The result is something of interest to theorists of almost every theoretical persuasion. Following Samuel Johnson’s "when you are tired of London, you are tired of life," I would advise that if you are a reasoning researcher who can’t find something to engage with in this volume, you are in the wrong field!" — Keith Stanovich, University of Toronto, Canada

"Reasoning, Argumentation and Deliberative Democracy is a terrific book: smart, balanced, and correct on important matters. Moshman’s conception of ‘argumentation as collective rationality’ is insightfully developed and defended. His balanced critique of Mercier and Sperber’s popular conception of argumentation is eye-opening and telling. Moshman’s command of literatures not often found in one mind — developmental psychology, philosophy, argumentation theory, and deliberative democracy — is impressive. His use of Star Trek is original and lovely, and his case for thinking that "resistance is not futile," contrary to the Borg’s depressing tag line, is not only powerfully made, but more important than ever in today’s allegedly post-truth world of allegedly fake news. Highly recommended!"— Harvey Siegel, University of Miami, USA

"David Moshman is a pioneer in the study of cooperative learning and metacognition—thinking about thinking. In this book, he draws on his vast knowledge of how humans, throughout their lives, learn to think and to reason better, in particular by thinking and reasoning with others. Moshman applies these insights beyond education to pressing political and philosophical questions, delineating a plausible path for our democracies to improve and thrive by better tapping into our cognitive abilities."— Hugo Mercier, Institut Jean Nicod, France

"Having appreciated David Moshman’s writings on academic freedom and free speech since the 1980s, I am especially impressed by his comprehensive new book, which draws on multiple disciplines to powerfully explain why such freedoms are essential for rational argumentation and democratic decision making.  In an era when free speech, intellectual freedom, and rational argumentation are all under assault from across the ideological spectrum,  Moshman’s book offers important insights into educational strategies that will reinvigorate these ideals – for the benefit of both individuals and our democratic society."— Nadine Strossen, New York Law School, USA

"Reasoning, rationality, and democracy – what concepts could be more important given the larger political context of today’s world? Moshman’s book, Reasoning, Rationality, and Deliberative Democracy, beautifully integrates research and scholarship from psychology, philosophy, political science, education, and law to make the case that to be a person is to be a rational agent. Not only is rationality an outcome of human development but reasoning and rationality are fundamental for the health and sustainability of societies around the globe.  The notion that rationality stems from collaborative dialogue and engagement may be new for some readers, and yet, as Moshman argues, it is at the heart of all democracies. This is a must-read book for anyone interested in what makes democracies work, showing how the fundamental tools of democracy stem from human beings’ natural inclination to engage in collaborative reasoning, conversation, and dialogue."— Melanie Killen, University of Maryland, USA

"Moshman provides a comprehensive synthesis of different perspectives on reasoning and argumentation, including developmental, individual, and collective viewpoints. Each chapter builds on the previous to map out a well-reasoned argument about the role of individuals as active agents in the construction of meaning. We see that, despite serious imperfections, people can work collaboratively to more closely approximate rationality. Importantly, Moshman identifies similarities and differences among forms of reasoning in different disciplines and provides a framework for centering rationality as the goal of education."— Matt McCrudden, Pennsylvania State University, USA

"This is an excellent book on many levels. David Moshman has an excellent grasp of the history of research on logical and rational thinking, along with more recent approaches. His emphasis on the ties between more basic logical thinking and more complex forms of rationality is particularly important, especially in these times where rational thought seems to have disappeared from the public sphere. This is a very useful overview of several complex but inter-related fields and I recommend it highly."—Henry Markovits, Université du Québec à Montréal, Canada

"It’s really nice to see a book integrating the latest advances in dual process theory. I especially like how Moshman links the logical intuition findings in studies with adults with the developmental evidence pointing to some very early logical/probabilistic competence in infants. For me this was one of the reasons to call for "logical intuitions" in the initial papers where we introduced the idea. A lot of people in the reasoning field are totally unfamiliar with this developmental work. It’s nice to see a book on reasoning calling attention to research on its development."— Wim De Neys, Université de Paris, France

"Moshman's book brings together a wide array of thought and evidence on how people think individually and collaboratively and how this thinking can develop. But the book’s value goes beyond this. Moshman also tells us why it's all of growing importance in an ever more challenged world."—Deanna Kuhn, Columbia University, USA