This book aims at juniors/senior undergraduate students and researchers of ceramics, metallurgical engineering, and refractories.

(b. 1972) is a Professor, Department of Ceramic Engineering, National Institute of Technology, Rourkela, India since 2009. He has completed his graduation in Ceramic Technology from the University of Calcutta in 1993, post-graduation in Ceramic Engineering from Banaras Hindu University (BHU) in 1995 and a Ph.D. degree from Jadavpur University in 2003, all from India. Before this current profession, Dr. Sarkar has worked as General Manager –Technology, IFGL Refractories Ltd, India during 2008-2009. He has also worked ass a Scientist in Central Glass and Ceramic Research Institute, India during 2001-2008, in Research and Consultancy Directorate, ACC Ltd, Thane, India during 1999-2001 and H & R Johnson (I) Ltd, Thane in 1995. He was also a Post-Doctoral Research Fellow in the Institute of Ceramic Components in Mechanical Engineering (IKKM), RWTH, Aachen, Germany, with DAAD (German Academic Exchange Service) Fellowship, during 2003-2004.

The current areas of interest and research works of Dr. Sarkar include the development of refractory aggregates, unshaped and castable refractories, use of nanocarbon in carbon containing refractories, spinel based ceramics, machinable bioceramics, and solid waste utilization. A Life Member of The Indian Ceramic Society and Indian Institute of Ceramics, Dr. Sarkar is the Assistant Editor of IRMA (Indian Refractory Makers’ Association) Journal, reviewer of many prestigious research journals, etc. Dr. Sarkar has more than 170 research publications and nine patents to his credit. Dr Sarkar also appears in the list of World's Top 2% Scientists, prepared by Stanford University, US. 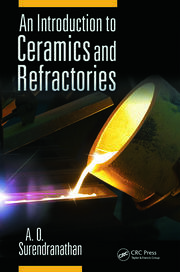 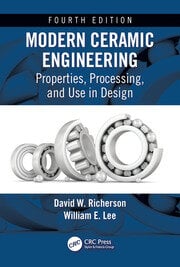