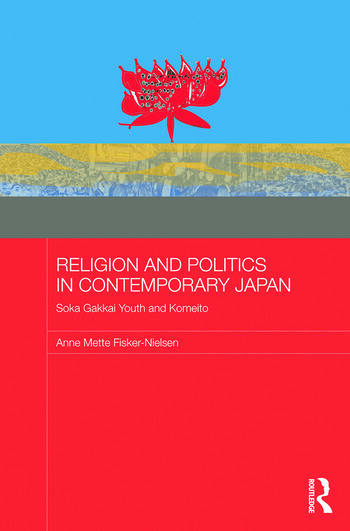 Presenting a study of politics at grassroots level among young Japanese, this book examines the alliance between the religious movement Soka Gakkai (the ‘Value-creation Society’) and Komeito (the ‘Clean Government Party’), which shared power with the Liberal Democratic Party from 1999 to 2009. Drawing on primary research carried out among Komeito supporters, the book focuses on the lives of supporters and voters in order to better understand the processes of democracy. It goes on to discuss what the political behaviour of young Komeito supporters tell us about the role of religious organizations, such as Soka Gakkai, in Japanese politics. Unlike most other books on politics in Japan which tend to concentrate on political elites, this book provides extremely valuable insights into political culture at the grassroots level.

Anne Mette Fisker-Nielsen is a senior teaching fellow in social anthropology at the School of Oriental and African Studies, University of London, UK.