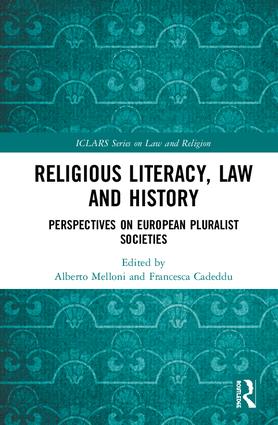 The book profiles some of the macro and micro factors that have impact on European religious literacy. It seeks to understand religious illiteracy and its effects on the social and political milieu through the framing of the historical, institutional, religious, social, juridical and educational conditions within which it arises. Divided into four parts, in the first one, One literacy, more literacies?, the book defines the basic concepts underpinning the question of religious illiteracy in Europe. Part II, Understanding illiteracies, debating disciplines?, highlights the theological, philosophical, historical and political roots of the phenomenon, looking at the main nodes that are both the reasons religious illiteracy is widespread and the starting points for literacy strategies. Part III, Building literacy, shaping alphabets, examines the mix of knowledge and competences acquired about religion and from religion at school as well as through the media, with a critical perspective on what could be done both in the schools and for the improvement of journalists’ religious literacy. Part IV, Views and experiences, presents the reader with the opportunity to learn from three different case studies: religious literacy in the media, religious illiteracy and European Islam, and a Jewish approach to religious literacy. Building on existing literature, the volume takes a scientific approach which is enriched by interdisciplinary and transnational perspectives, and deep entrenchment in historical methodology.

Part I: One Literacy, More Literacies?

3. Different Illiteracies for Different Countries: Are There No Data for Religious Illiteracy? - Maria Chiara Giorda

5. The Ethics of the Torah Compared to Neopaganism - Donatella Di Cesare

8. Is Religious Illiteracy a Private or a Public Issue? - Vincente Fortier

11. European Law and the Veil: Muslim Women from Victims to Emblems of the Enemy - Susanna Mancini

14. The Role of the Media in the Development of Religious Illiteracy - Michael Wakelin

15. The Attitude of the Media to Religion - Jennifer M. Taylor

17. Positions and Actions in the European Islam - Erdal Toprakyaran

Alberto Melloni is a Full Professor of History of Christianity at the University of Modena and Reggio Emilia, director of the Fondazione per le scienze religiose Giovanni XXIII in Bologna and chair holder of the UNESCO Chair on Religious Pluralism and Peace at the University of Bologna. He is principal investigator for the European Infraia ReIReS project headed by the Fondazione and coordinator of the Resilience research infrastructure project, and he spearheaded the establishment of the European Academy of Religion.

is Research Fellow at the University of Modena and Reggio Emilia, and at the Fondazione per le scienze religiose Giovanni XXIII in Bologna. She is affiliated to the Faiths and Civil Society Unit at Goldsmiths University of London and serves as secretary general of the European Academy of Religion. She works on the history of American Catholicism in the twentieth century and on religious literacy in Italy and Europe.