This cutting-edge reference represents a new phase in the talkRA project—an initiative dedicated to improving the discipline of revenue assurance (RA) for communication providers. From blog to podcasts and now a book, the project offers a platform for a select group of RA experts to share ideas and best practices in revenue assurance, revenue management, business intelligence, and fraud prevention in telecommunications and other industries.

Drawing on the expertise and insights of some of the leading minds in RA, Revenue Assurance: Expert Opinions for Communications Providers supplies high-powered ideas and techniques for the effective management, planning, strategy formulation, and measurement of RA performance. Presented as a series of articles on current and emerging topics of interest, it provides extensive and multi-faceted guidance to help readers move up the scale from basic checks to optimizing performance.

The book provides an analysis of the drivers for RA products and services, enabling RA suppliers and consultants to compare their competitive offerings with what customers really want and need. Complete with real-world tips and case examples, it supplies the well-rounded understanding that will enable you to best fit the needs of your business and best support its objectives. This book will give you the confidence to determine the most effective and efficient methods to achieve and maintain healthy revenue streams in the ever-changing landscape of electronic communications.

... draws upon the actual experience of a number of RA professionals—those who have actually lived through the journey, learned from setbacks, and adapted their approaches to determine best practices in the field.
—Julian Hebden, Director of Enterprise Information Management, Telstra

Eric Priezkalns is the founder of talkRA.com, the Web site that gave rise to this book. He is currently an assistant director at Qtel International responsible for enterprise risk management. Eric has over ten years of experience in the communications industry in the fields of risk management and revenue assurance. Eric was the original (and much imitated) revenue assurance blogger. Having built a loyal readership worldwide, Eric decided to join forces with other thought leaders by forming talkRA, which went on to establish itself as the Web site for practitioners to get insightful views and the latest news about revenue assurance.

Eric has previously worked as head of controls for Cable & Wireless Group; best practice manager in the revenue assurance, billing, and carrier services function of T-Mobile, UK; and the billing integrity manager for Worldcom, UK. He first worked as a consultant in the Enterprise Risk Services division of Deloittes, where he also qualified as a chartered accountant. Eric has a master’s degree in information systems and a bachelor’s degree in mathematics and philosophy.

Eric was responsible for the program that saw T-Mobile UK, become the first CSP to satisfy the UK regulator’s stringent metering and billing accuracy expectations across all communication services without exception, including those provided using the then-new 3G network.

David Stuart is the assistant director of revenue assurance and fraud management at Qtel International. A revenue assurance expert with over 10 years of practical experience within telecoms revenue assurance, David graduated from Brunel University with a degree in mathematics and statistics, after which he moved into the financial services sector.David started his revenue assurance career at MCI WorldCom, where he designed and project-managed the development of a traffic assurance tool covering a dozen business units’ fixed line traffic. From here, David moved to One2One/T-Mobile, where he provided architectural assurance for all of the company’s developments. David’s expertise in the company’s architecture led him to be made test manager for UK’s first 2.5G launch.

From T-Mobile, David moved to a specialist RA consultancy, 2Helix, where he held the position of senior RA consultant. He worked on numerous projects, all delivering revenue assurance software, often custom-designed for the client’s needs. After 2Helix, David moved to Cable & Wireless International, where he was again responsible for delivering revenue assurance tools, this time to CWI’s 33 business units.

Mike started his career at BellSouth (now Vodafone) in New Zealand and then moved to Praesidium Services in the United Kingdom. During this time, he had the opportunity to consult with a number of service providers and vendors around the world and see how revenue assurance was perceived, managed, and mismanaged in a number of different operating and cultural environments. Mike graduated from the University of Auckland in New Zealand with degrees in psychology and marketing.

Güera Romo has 13 years of experience in business transformation in the engineering, defense, government, banking, and telecommunication industries. She has experience in mergers and acquisitions, rightsizing, redeployment of personnel, business process reengineering, system selection, and implementation. Before this, she spent five years in finance and business administration. During this time, she was an accountant, after which she transitioned to financial application support on Oracle.

Since 1998, Güera has consulted in revenue assurance, billing, and customer care to two fixed-line and two mobile operators in South Africa and in the United States. At MTN, South Africa, she was responsible for establishing and managing a revenue assurance, fraud, and law enforcement function; sourcing an RA automation tool; and replacing a fraud management system. Güera holds a BCom Hon (Industrial and Organizational Psychology) degree and is currently pursuing a research master’s focusing on the knowledge, skills, and abilities required to practically implement revenue assurance.She is an independent consultant and an academic researcher.

David Leshem is an expert in telecom and utilities enterprise solutions—billing, profitability, business intelligence, customer retention, churn, and revenue assurance. David has worked with major carriers all over the world, creating an enviable track record in improving the bottom line of telecom companies. He brings in-depth expertise to fixed-line, MNO, and MVNO businesses, helping them to get the best in pricing, margin reasonableness reconciliation, cost-effective customer retention and acquisition, and multiple revenue stream assurance.David has international experience in addressing the financial challenges faced by telecom providers.

began his foray into revenue assurance as an implementation on-site engineer with Subex. Being trained in both revenue assurance and fraud management, he undertook projects specifically pertaining to revenue assurance. During the course of his career, he has been involved with various clients across the Asia-Pacific region, including tier-1 telcos. Ashwin has witnessed various leakage scenarios across telecom operators in the Asia-Pacific region, and has been privy to the diff erent methods and controls that were implemented to target and plug issues in a telecom operator’s value chain. Ashwin is currently employed at Subex as a customer solutions consultant.

Hugh Roberts is senior strategist for Patni Telecoms Consulting (formerly Logan Orviss International) working with network operators, service providers, VAS suppliers, and vendors to develop their service and product strategies, market and brand positioning, revenue fulfillment, business modeling, and the interpretation of new business requirements into technical and business architectures. Hugh is also a nonexecutive director of TeleOnto Technologies, an Indian start-up specializing in revenue assurance and business intelligence analytics. Formerly, he was development director of the TM Forum, where he was responsible for the introduction of the TM Forum’s BSS Teams for revenue assurance, for content and data charging, and for pre–post convergence. He remains an active contributor to the TM Forum’s technical reports and guide books.

Hugh is a frequent media commentator and analyst, speaker, and chair of industry conferences around the globe, as well as the author of numerous articles for the trade, national, and international press. In his role as consultant director to IIR’s telecoms division, Hugh advises on strategy for BSS, OSS, and revenue management development, and he has been associated with the major show "Billing & Information Management Systems" since 1994. He has been integrally involved in pioneering business-to-business Web and e-mail marketing and also has been chairman of the World BSS Awards Judging Panel since 1997.

Before this, Hugh worked in the entertainment sector, where he was responsible for bringing award-winning real-time interactive control and HMI systems to market for museums, theme parks, nightclubs, and major performance artists. He is an artist and graphic designer and has worked extensively in the music industry, including pioneering work on the development of three-dimensional sound and psychoacoustics.

Mark Yelland is a revenue assurance consultant with over 10 years of experience from around the world. He coauthored with David Sherick Revenue Assurance for Service Providers, the fi rst new book on revenue assurance for five years, which was published in December 2009. He regularly contributes to discussions on LinkedIn, has had articles published via the Telecom Managers Forum, and has guest blogged on talkRA. His two passions are making RA more accessible to organizations feeling the pinch, and polar bears (see his Web site, www.raaiim.co.uk, for details).

Mark runs his own consultancy, raaiim ltd, formed after leaving THUS when it was taken over by Cable & Wireless, and is forging alliances with strategic partners such as Xintec SA. Before becoming a consultant, Mark was head of revenue assurance at THUS for five years. During this time, he managed the successful implementation of a revenue assurance architecture system (based on SS7 signaling), worked with the teams to implement a new mediation system, and improved the quality of the retail billing. He helped THUS to gain approval against the Ofcom Metering and Billing scheme (2003). He was selected to be part of the experts working group that developed the 2008 scheme and demonstrated his confidence in the scheme by helping THUS become the first organization to be approved against the new standard.

Before joining THUS, he was director of revenue assurance for Cable & Wireless, providing expertise, training, and support to the different organizations around the globe. He holds an engineering degree from Cambridge University and a master’s in business administration from the Open University, and he has been a chartered engineer since 1976. This combination provides a useful balance in matching revenue assurance issues with requirements of businesses, Mark being able to operate in both technical and nontechnical areas with equal ease.

This book draws upon the actual experience of a number of RA professionals—those who have actually lived through the journey, learned from setbacks, and adapted their approaches to determine best practices in the field. This work isn’t an academic exercise that will prove impossible to implement within your organization but one that is built upon the bedrock of actual implementation experience.
—Julian Hebden, Director of Enterprise Information Management, Telstra 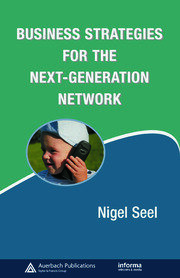 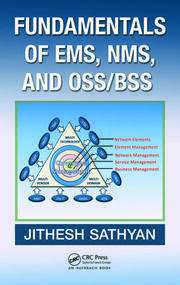 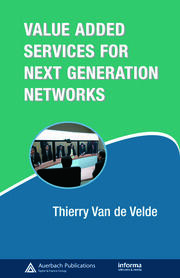