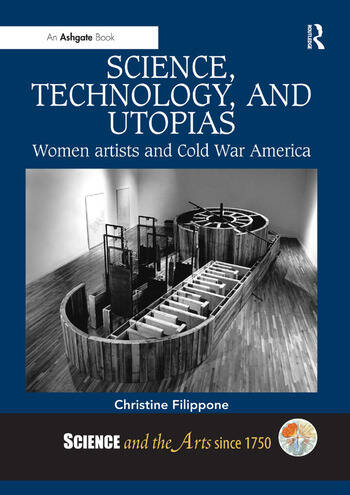 The rise of proxy wars, the Space Race, and cybernetics during the Cold War marked science and technology as vital sites of social and political power. Women artists, historically excluded from these domains, responded critically, while simultaneously redeploying the products of "Technological Society" into works that promoted ideals of progress and alternative concepts of human community. In this innovative book, author Christine Filippone offers the first focused examination of the conceptual use of science and technology by women artists during and just after the women’s movement. She argues that artists Alice Aycock, Agnes Denes, Martha Rosler and Carolee Schneemann used science and technology to mount a critique on Cold War American society as they saw it—conservative and constricting. Motivated by the contemporary American Women’s Movement, these artists transformed science and technology into new modes of artmaking that transgressed modernist, heroic, painterly styles and subverted the traditional economic structures of the gallery, the museum and the dealer. At the same time, the artists also embraced these domains of knowledge and practice as expressions of hope for a better future. Many found inspiration in the scientific theory of open systems, which investigated "problems of wholeness, dynamic interaction and organization", enabling consideration of the porous boundaries between human bodies and their social, political and nonhuman environments. Filippone also establishes that the theory of open systems not only informed feminist art, but also continued to influence women artists’ practice of reclamation and ecological art through the twenty-first century.

1. Classic Utopias and Feminist Utopianism in Art, Science and Technology

2. Technologies of Dominance and Liberation

: New Left Thought in the Work of Martha Rosler and Carolee Schneemann

3. A Means for Change: The Aesthetics of Open Systems

in the Work of Alice Aycock, Agnes Denes and Martha Rosler

4. Unmasking the Myth of the Machine: Physics and Cosmology in the Works of Alice Aycock and Agnes Denes 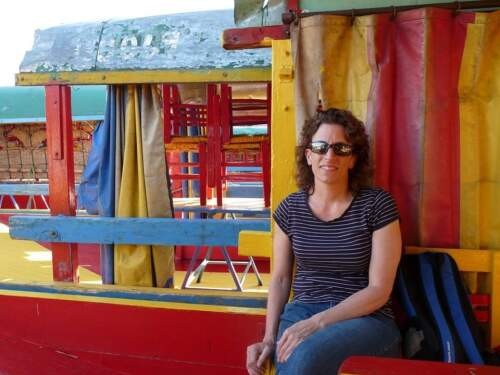 "For this volume in a series titled Science and the Arts since 1750, Christine Filippone has carried out a prodigious amount of research that vividly re-creates some of the inspirational leaps between sources and creative output made by four exceptional artists, Alice Aycock (b. 1946), Carolee Schneemann (b. 1939), Agnes Denes (b. 1938), and Martha Rosler (b. 1943). ... This well-researched, ambitious book by Filippone will surely enlarge the public’s understanding of significant art and concepts with which they may not be familiar. It will also be of value to insiders who have followed such developments."

"This important book provides a fresh and alternative narrative to the increasingly well documented use of systems by artists and art historians from the 1960s onwards. With impressive research and perspicacious analysis Filippone gives an account of how women artists used the aesthetic and political potential of open systems to challenge social hierarchies. It makes a valuable and necessary contribution not only to art historical debates but also those in histories of technology and gender studies."

--Francis Halsall, Director, MA Programs, Art in the Contemporary World, National College of Art and Design, Dublin and author of Systems of Art

"Building on feminist philosophies and herstories, Filippone explores the vexed relationship that radical women in the art world of the ‘60s (Schneemann, Rosler) bore to the powerful phalanx of art and technology dominating the epoch. She marks the later 1970s turn from New Left criticality to an embrace of cybernetics and systems (Denes, Aycock) to show the complexity of a gendered Cold War that could not eradicate the potential for feminist techno-utopia. Filippone’s book offers an important corrective to existing histories of the period."

--Caroline A. Jones, Professor of Art History in the History, Theory, and Criticism Section of the Department of Architecture, Massachusetts Institute of Technology

"Women artists' historic role in sorting out and contributing to the field of science is one of art history's most under-recognized fields of research. Filippone's book not only opens a door onto this neglected topic, but goes the extra mile by demonstrating how women artists working across media (from drawing to performance art) adapted and transformed the scientific notion of open systems to produce dynamic art experiences. Heretofore, systems theory has largely been linked to conceptual art practices of the late sixties. Filippone carefully traces how four key feminist artists merged New Left tendencies with that era’s scientific theories to engender artworks that radically reconfigured societal norms."