Research publications, projects, and teaching learning theories have become very important to universities, institutions, organizations, and industries. Many submissions are rejected due to author's lack of writing and research skills. This new book provides a quick, basic starting point to learning the needed skills.

The book discusses the statistical methods involved, covers the development of academic writing skills for a higher impact, teaches learning theories, and uses a structured and holistic approach for educational research proposal development.

This book will be used by research scholars, undergraduates, postgraduates, and anyone interested in engineering and learning the basic academic writing skills and scientific methods needed.

4 Structured and Holistic Approach for Educational

Mangey Ram received the Ph.D. degree major in Mathematics and minor in Computer Science from G. B. Pant University of Agriculture and Technology, Pantnagar, India. He has been a Faculty Member for around twelve years and has taught several core courses in pure and applied mathematics at undergraduate, postgraduate, and doctorate levels. He is currently a Research Professor at Graphic Era (Deemed to be University), Dehradun, India. Before joining the Graphic Era, he was a Deputy Manager (Probationary Officer) with Syndicate Bank for a short period. He is Editor-in-Chief of the International Journal of Mathematical, Engineering and Management Sciences, Book Series Editor with Elsevier, CRC Press-A Taylor, and Frances Group, De Gruyter Publisher Germany, River Publisher, USA and the Guest Editor & Member of the editorial board of various journals. He has published 225 plus research publications in IEEE, Taylor & Francis, Springer, Elsevier, Emerald, World Scientific, and many other national and international journals and conferences. His fields of research are reliability theory and applied mathematics. Dr. Ram is a Senior Member of the IEEE, life member of Operational Research Society of India, Society for Reliability Engineering, Quality and Operations Management in India, Indian Society of Industrial and Applied Mathematics, He has been a member of the organizing committee of several international and national conferences, seminars, and workshops. He has been conferred with the "Young Scientist Award" by the Uttarakhand State Council for Science and Technology, Dehradun, in 2009. He has been awarded the "Best Faculty Award" in 2011; "Research Excellence Award" in 2015; and recently "Outstanding Researcher Award" in 2018 for his significant contribution to academics and research at Graphic Era Deemed to be University, Dehradun, India.

received the Ph. D. degree in Physics from H.N.B. Garhwal Central University Srinagar, Garhwal, Uttarakhand, India. He also acquires master’s degree in three different subjects: Physics, Information Technology and Education. He has been a faculty member for around ten years in various capacities and has more than nine years’ experience as ‘Scientist’ in Uttarakhand Science Education & Research Centre (USERC), Department of Science & Technology, Government of Uttarakhand. Dr. Om Prakash is in editorial broad of international and national journals of repute. He is a regular reviewer for several national and international journals. He has been a member of the organizing committee of a number of international and national conferences, seminars and workshops. He is working as Principal Investigator and Coordinator of some external funded projects funded by Govt. of India, BRNS, DAE; DST and MoES etc. He has authored/edited more than 5 books and published more than 30 publications in national & international reputed journals/ book chapters/ conference proceedings.

is among the earliest adopters and pioneers of Computer Science and Information Technology in the northern Himalayan region of the country in India. He is credited with establishing the Department of Computer Science of Kumaun University, Nainital  as early as 1989-90. For about thirty years, he has been an avid promoter of Computer Science, IT and Science & Technology at all levels. He has chaired, participated in and presented at conferences and seminars across the world. Given his penchant for leveraging science and technology, he has always been involved in developing scientific and technological solutions, innovations which are beneficial to the society at large and particularly to the last-mile learners in difficult geographies like Uttarakhand  in India. A strong votary of Open and Distance Learning (ODL), he has been closely involved with it for over two decades, of which over a decade was spent with Indira Gandhi National Open University as coordinator and since 2010, he has been working with Uttarakhand Open University as Professor & Director of the School of Computer Science and Information Technology. In addition, he has also worked as the Director, Uttarakhand Space Application centre (USAC), Govt of Uttarakhand for about three years. Presently, he is also working with Uttarakhand Science Education and Research Centre (USERC), Department of Science & technology, Govt. of Uttarakhand as its Director. Prof. Pant is also credited with establishing a unique centre for people with special needs at USERC. This centre is coming up as a hub for organizations working in the spheres of disabilities particularly in the domains of leveraging science and technologies to this effect. Serving for nearly three decades in different fields has enriched Prof Pant to have a balanced viewpoint. He has this conviction that Science, technology, environment, engineering and development, all have to coexist in harmony. An MCA, Ph.D. in Technology and an MBA Prof. Pant has addressed seminars and conferences across the world and a number of research papers and books to his credit in addition to innovations and patents. 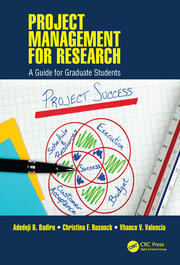 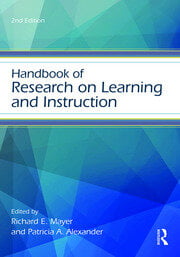 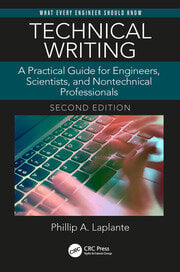