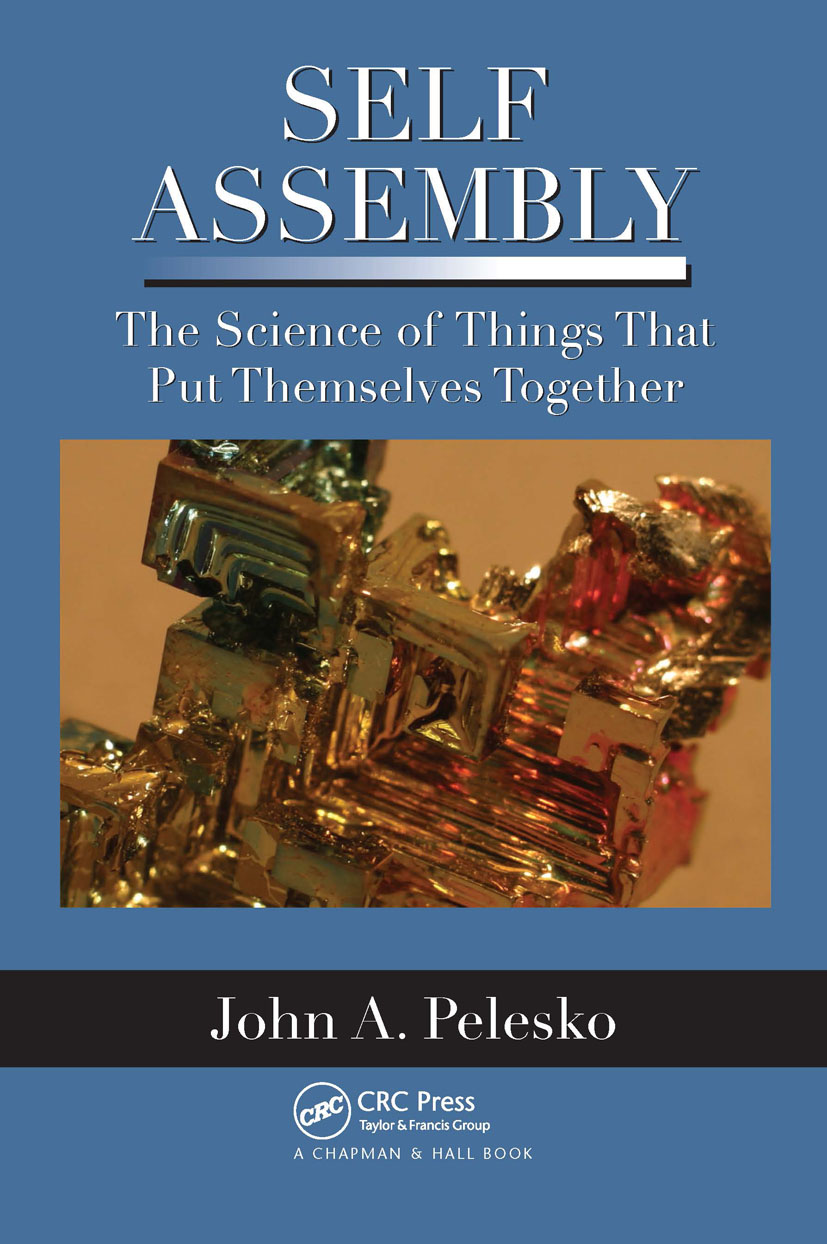 The Science of Things That Put Themselves Together, 1st Edition

Hailed as one of the key areas of nanoscience likely to shape future scientific research, self-assembly offers the most promising route to true molecular nanotechnology. Focusing on this dynamic new field, Self Assembly: The Science of Things That Put Themselves Together explores nature's self-assembly of structures, the use of it to build engineered systems, and the latest advances in the field.

Reflecting the inherent progress of the science of self-assembly, this definitive book first delves into natural self-assembling systems. It addresses crystal growth, soap films, and micelles; examines how nature builds viruses, proteins, and ribosomes; and introduces the protein folding problem. The author then discusses how physicists, chemists, biologists, and engineers are applying nature's principles to self-assemble everything from DNA cubes to millimeter-scale electronic circuits. The final chapters cover theoretical and experimental approaches to understand the phenomenon of self-assembly and overcome its various challenges.

With practical activities, profiles of leading experts, chapter highlights, exercises, and references, Self Assembly provides the most current authoritative information on this exciting branch of nanoscience.

"[The book] is really very beautiful. It is a fantastic list of disparate topics that are all elegantly organized around the theme of self assembly. [The author has] managed to put together a coherent story starting with simple physical effects, such as surface tension and bubble rafts, to organic systems like the tobacco mosaic virus and the ribosome to the Cheerios effect (for those of us who like breakfast cereal!). This is then elegantly connected to George Whiteside's engineered Cheerios effect, to magnetic self assembly and finally ending with very recent work on DNA self assembly-including even the latest work out of Winfree's lab! It is really terrific. I had not considered how powerful a course about self assembly would be before I saw how [the author] put everything together in [this] book."

"Self-assembly is an exploding field, the basis of both biological systems and the most advanced nanotechnologies. Self Assembly offers the reader a unique guide: it spans scales ranging from molecular to macroscopic, levels of complexity ranging from simple crystals to systems that compute, and modes of understanding ranging from equations to experiments with floating soda straws. It's the best introduction I've seen."

"This text of John Pelesko's is a wonderful introduction to the emerging field of self assembly. Self assembly is an important field to be informed about at this time, in part because it is critical to the science and engineering of nanostructures and nanodevices constructed on scales below the limits of conventional top-down methodologies such as lithography. He manages superbly to impart to the reader the excitement of the ongoing research in this quickly evolving and highly interdisciplinary field. The text ranges over a wide variety of topics, including the impact of self assembly to nanoscience, chemistry, biochemistry, physics, material science, and robotics. It covers a number of recent revolutionary breakthroughs in self assembly, demonstrating the self assembly of complex and richly patterned nanostructures. The text would be essential reading to anyone in these fields, as well as to anyone with a curiosity about the basic processes that are used by nature to assemble the most complex things we know about in the universe-ourselves."

Lessons from the Natural World

The Bubble Raft and Nature's Principles

Other Aspects of Nature's Motif

The "Cheerios Effect" and Other Simple Systems

A Prototype for Dynamic Self-Assembly

Cubes and Other Polyhedra

DNA as a Template

Fibonacci at the Nanoscale

Self-Assembly and the Origin of Life

Appendix A: The Calculus of Variations