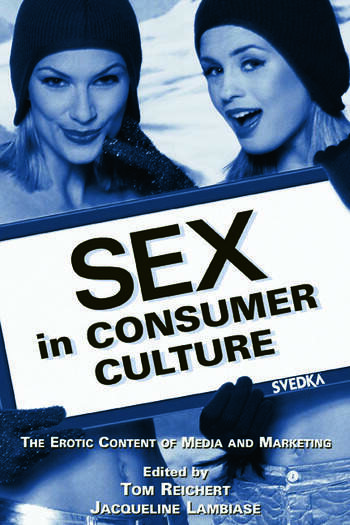 *What happens when sexual content created for adults reaches children?
*What meaning do sexual words and images have within the contexts of sporting events, trade shows, video games, personal ads, or consumer Web sites?
*What effects might sex-tinged images have on audiences, and where should the focus be for new effects research?
*Where are the current boundaries between pornography and mainstream sexual depictions?

Exploring sexual information as it is used in mass media to sell products and programs, Sex in Consumer Culture is an important collection, and it will be of great interest for scholars and students in advertising, marketing, media promotion, persuasion, mass communication & society, and gender studies.

"This book bares it all--how the media and advertisers entice and excite with nudity and eroticism. The book covers (or perhaps 'uncovers' is a better word) how a variety of media and cultural forms, including video games, music videos, commercials and even trade shows, appeal to carnal rather than critical thinking."
—Lawrence Soley, Colnik Professor of Communication, Marquette University, Author of Censorship, I

"Sex in Consumer Culture is a timely and significant piece of scholarship on an enduring element of advertising theory and practice. The book brings together the most contemporary thinking on this controversial subject and is a 'must read' for every serious advertising, communication, and marketing scholar."
—Leonard Reid, Professor of Advertising, University of Georgia

"It's truly astonishing how little serious study has been devoted to sex in marketing--a significant, though rarely admired, aspect of the field--until now. In this book, Reichert and Lambiase have gathered more serious studies of sex in marketing, and exposed more diverse viewpoints on the same, than in any single book ever published. This book isn't light reading for the prurient interest, but for those of us who study advertising's impact on society, it's nonetheless exciting."
—Jef Richards, Ph.D., J.D., Professor of Advertising, University of Texas at Austin

"Sex in Consumer Culture is a great one-stop-shop for readers looking for examples of how sex is used in media."
—Journal of Mass Media Ethics