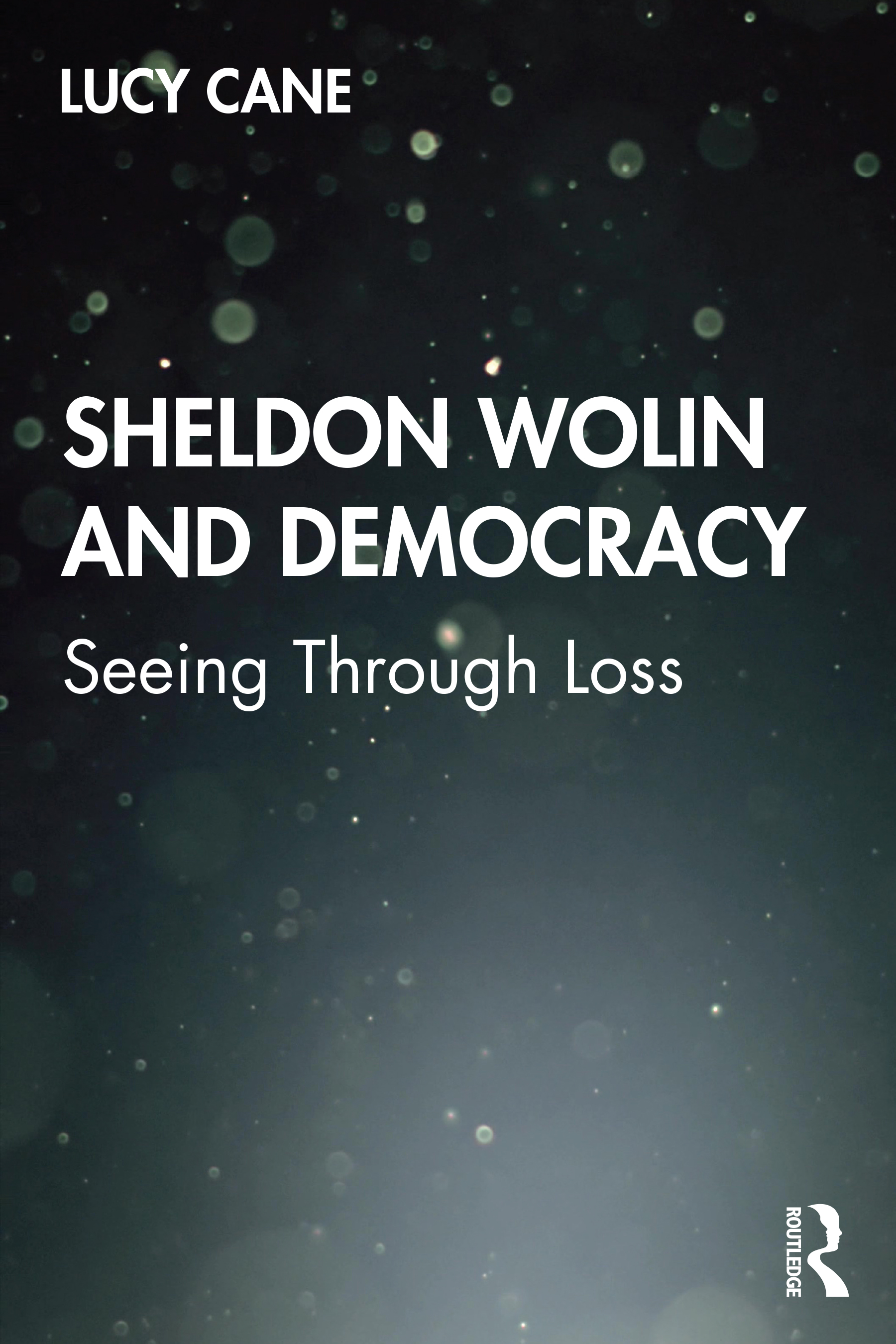 Lucy Cane presents the first full-length study of Sheldon Wolin (1922-2015), an influential theorist of democracy and prescient critic of "inverted totalitarianism" in the United States. She traces the development of Wolin’s thinking over sixty years by offering an overarching interpretation of his central preoccupations and shifts in perspective. Framed around themes of loss and mourning, this is not only an intellectual biography, but also a critical engagement of Wolin’s work with democratic theory more broadly and an assessment of its value for addressing contemporary crises of democracy.

Cane brings Wolin into conversation with other contemporary theorists, from Chantal Mouffe to Edward Said, as well as with his direct intellectual influences. Cane argues that his mournful tendencies continue to offer unique insight into the potential loss of local democratic cultures in an era of neoliberal precarity. At the same time, she questions whether his politics of mourning can adequately grasp the dynamics of democratic coalition-building or the value of new political movements and ideas.

remedies a lack of interpretive studies of this key thinker, connects divergent strands of contemporary theory, and addresses urgent democratic dilemmas. It is a must read for all political theorists and others in the academy and beyond who seek to conceptualize the fate of democracy amidst the rise of right-wing populist movements in the twenty first century.

"This is the most thorough, comprehensive, and balanced account of the work of Sheldon Wolin available." — John Gunnell, Emeritus Professor of Political Science, University at Albany, State University of New York

"This important book is organized by the idea that the entire trajectory of Sheldon Wolin's political theory is animated by -and can be illuminated by- the perspective of loss. Brilliant and bold, also comprehensive and careful, it sustains the necessary balance between deep appreciation and critical distance and brings Wolin's work into conversation with other important versions of radical democratic theory." — George Shulman, Professor, The Gallatin School, New York University

"In dark and increasingly uncertain times for democracy, there are few voices more important than that of the late Sheldon Wolin. Lucy Cane does a great service to democratic theorists and democratic citizens alike with her deft and searching interpretation of the long arc of Sheldon Wolin’s career. This book is both a thoughtful appreciation of Wolin’s many contributions to our understanding of democracy, and a valuable contribution in its own right to the continuous struggle to cultivate democratic spaces and sensibilities. It is a demonstration of the democratic ‘vocation’ of political theory at its best." — David W. McIvor, Associate Professor of Political Science, Colorado State University

"Cane traces Wolin’s intellectual trajectory thoroughly and thoughtfully, including his ideas about political education, his critiques of social science and of postmodernism, and his scathing appraisal of the condition of early 21st century American ‘democracy.’ To read Cane’s book is to gain unique insight into the mind of a singularly important figure in recent political theory and to be inspired and stimulated to continue working through still-unresolved problems in both political thought and political action. Highly recommended!" — Harlan Wilson, Professor Emeritus of Politics, Oberlin College

"A comprehensive, informative, and insightful study of arguably the most exceptional and innovative American political and democratic theorist of the past one hundred years." — John Wallach, Professor of Political Science, Hunter College & The Graduate Center, City University of New York

"Sheldon Wolin was his generation’s most important American theorist of democracy. Lucy Cane provides a nuanced appreciation of his contribution, its singular mood and matchless insights, but also a searching exploration of its internal tensions and limits. Indispensable for making sense of Wolin and where radical democracy might go next." — James Ingram, Associate Professor of Political Science, McMaster University

2. Crises of Liberalism and the Specter of Totalitarianism

4. Towards a Polymorphous Democracy